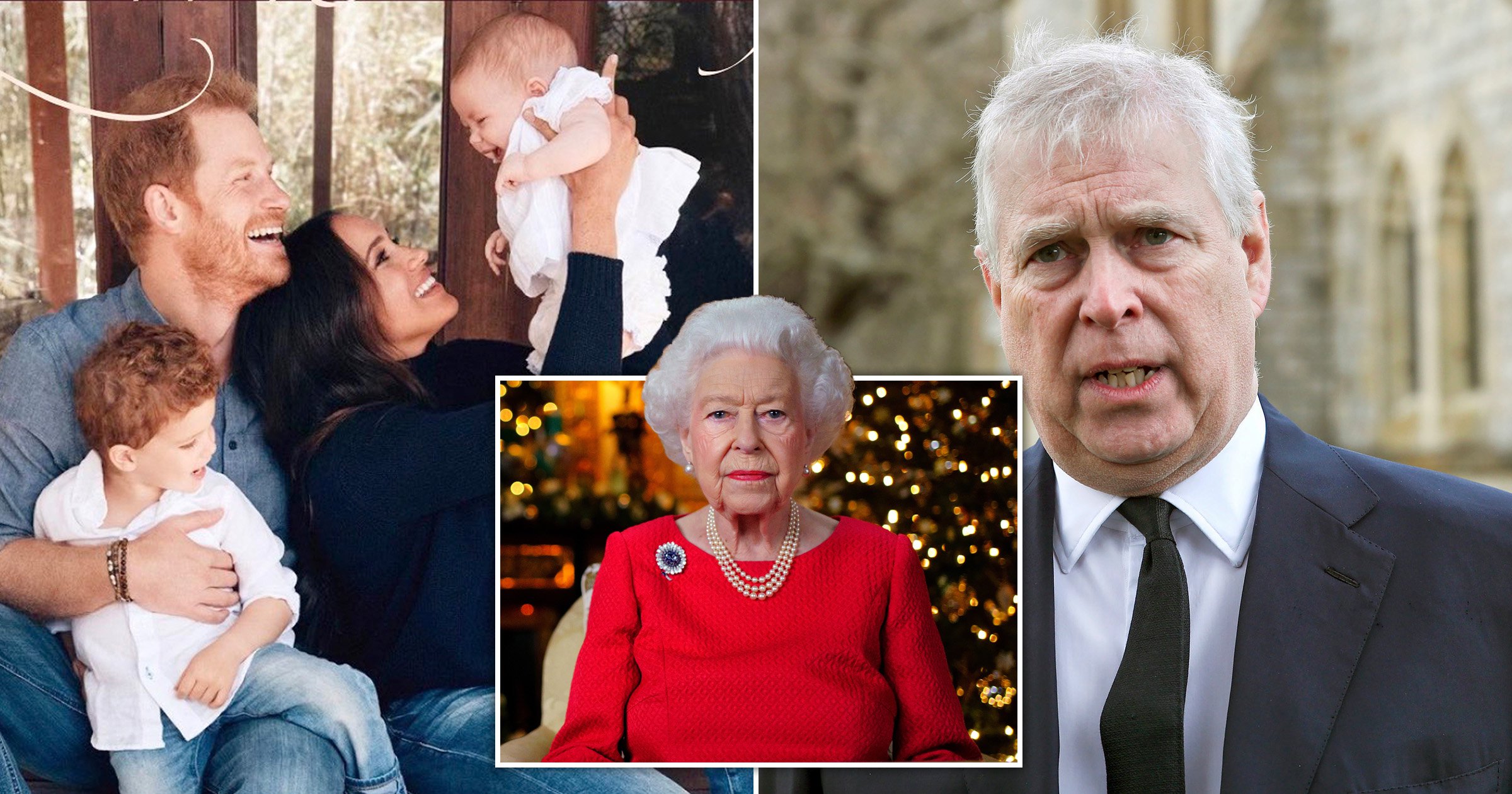 The Queen has delivered one of the most candidly personal addresses of her reign after a difficult year for the Royal Family.

She spoke openly about the death of Prince Philip and reached out directly to other families with an empty seat at the table this Christmas.

The monarch made no reference to the two issues which have threatened to destabilise the firm this year: Prince Andrew’s legal battle and the split with Harry and Meghan Markle.

In previous times of difficulty, the Queen has not shied away from referencing her troubles in public, most famously in the 1992 Annus Horribilis after divorce and scandal beset her children.

But she opted not to make any reference to the two fractures in the base of the Royal Family this year.

The Duke of York is being sued in New York over allegations he sexually assaulted Virgina Giuffre three times in 2001, when she was 17.

He has previously denied all allegations made against him and denies having met his accuser.

The Queen’s third child was pictured staying on his mother’s Balmoral estate after stepping away from frontline royal duties.

She is reportedly paying his legal fees but is said to have had little direct discussion on the intricacies of the case.

The Queen is spending a stripped down Christmas at Windsor having ‘personally’ decided to scrap plans for a larger gathering at Sandringham.

Prince Andrew is among 20 close family members who have been invited to attend the meal, according to The Sun.

For a second year running, Prince Harry and Meghan Markle will be notable by their absence.

The Duke and Duchess of Sussex will spend Christmas at their new home in the US after a period in which the royal rift deepened.

Prince Harry has not returned to the UK since unveiling a statue of Princess Diana in July, days before news broke that he intends to write a tell-all memoir about life in the Royal Family.

That development sent shockwaves through Buckingham Palace and ensured the divide will continue for a long time to come.

The Queen did, however, indirectly reference Harry and Meghan’s newborn daughter Lilibet.

Days after the world was given a first glimpse of the child who is eighth in line to the throne, she referenced the joy of welcoming new great-grandchildren this year.

She said: ‘And for me and my family, even with one familiar laugh missing this year, there will be joy in Christmas, as we have the chance to reminisce, and see anew the wonder of the festive season through the eyes of our young children, of whom we were delighted to welcome four more this year.’

Jurgen Klopp calls Liverpool volunteers who made PPE during pandemic