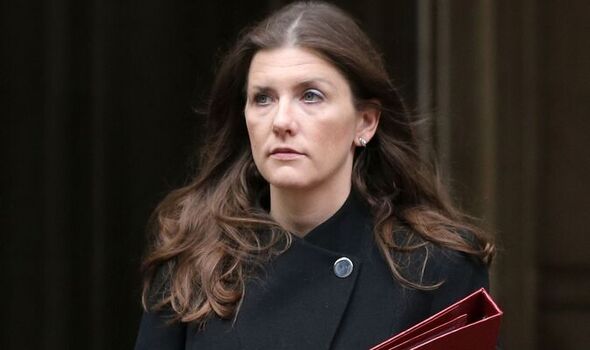 Michelle Donelan spoke as an inquest opened on schoolgirl Molly Russell, who took her own life aged 14 after viewing material about suicide and self-harm on social media. On Tuesday Ms Donelan reassured child protection campaigners worried about the fate of the controversial Online Safety Bill.

She said: “We will be bringing it back to the House as soon as we possibly can. It does require a little bit of work, not in relation to protecting children online. Absolutely not.

“We’re not changing any of that but we want to make sure that we’ve got the balance right in terms of free speech in relation to adults.”

The Bill, part of the Tory manifesto, aims to make the UK “the safest place in the world to be online while defending free expression”.

Its proposals include forcing internet giants such as Meta – which owns Facebook, Instagram and WhatsApp – and Google to abide by a duty of care to users, overseen by regulator Ofcom.

Companies that fail to comply could be fined £18million, or 10 per cent of their annual global turnover, and will be forced to improve their practices and block non-compliant sites.

Pornography sites will have to use age verification technology to block children. And there will be a duty to prevent fraudulent ads. The Bill has been in the pipeline since 2019 but has been delayed by rows about free speech and concerns it will be hard to enforce.

Critics say the measures will give social media platforms the powers of “online policemen” and attempts to define “legal but harmful” content are “authoritarian”.

Ms Donelan – who has taken over from Nadine Dorries as Secretary of State for Digital, Culture, Media and Sport – confirmed that it was the “legal but harmful” wording that officials would be looking at. She added: “I’m not going to announce today exactly how we’ll change that because the due process will be to do that in Parliament.”

Meanwhile, the inquest into Molly’s death has been delayed by legal argument at North London Coroner’s Court and is due to resume today.

The two-week inquest will look at how algorithms used by social media may have contributed to her death in Harrow in November 2017.

It will hear evidence from executives of Meta and Pinterest after they were ordered to appear in person.

Coroner Andrew Walker said on Tuesday: “At the heart of every inquest lies a grieving family and that is something I have not forgotten despite all the work that has been done by counsel today to try and move this case further forward.”

In the last six months of her life, Molly used her Instagram account up to 120 times a day. She is thought to have used the image-sharing site Pinterest more than 15,000 times over the same period.