Sam Matterface was commentating on tonight’s game between England and the Czech Republic at Wembley Stadium.

However, he informed viewers of Croatia scoring a third goal at Hampden Park in Edinburgh to go 3-1 up to beat Scotland and send them out of the tournament.

He then told viewers: “Scotland look like they’re going into isolation after all.”

This was in reference to Scotland midfielder Billy Gilmour, who was forced to enter isolation after testing positive for COVID 19.

England players Ben Chillwell and Mason Mount – team mates of Gilmour at Chelsea – have also had to isolate after coming into close contact with him.

One furious person tweeted: “‘And Scotland look like they’re going into isolation after all’. 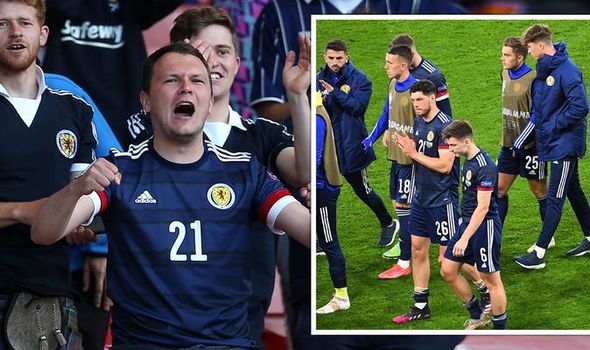 “Who is this clampet on @itvfootball?

“What way is that to refer to the Scots?!”

Another Twitter user commented: “Did Sam Matterface just comment that Scotland were going into isolation after their exit?

“Jesus he’s a crass enough football commentator without being a disgusting social commentator.”

First Minister Nicola Sturgeon also reacted to Scotlanbd crashing out of Euro 2020 at the group stage.

The SNP leader tweeted: “Not to be, but thank you @ScotlandNT for taking us to our first men’s tournament in 23 years. ]

“You’ve played your hearts out and we’ve been proud to cheer you on.”