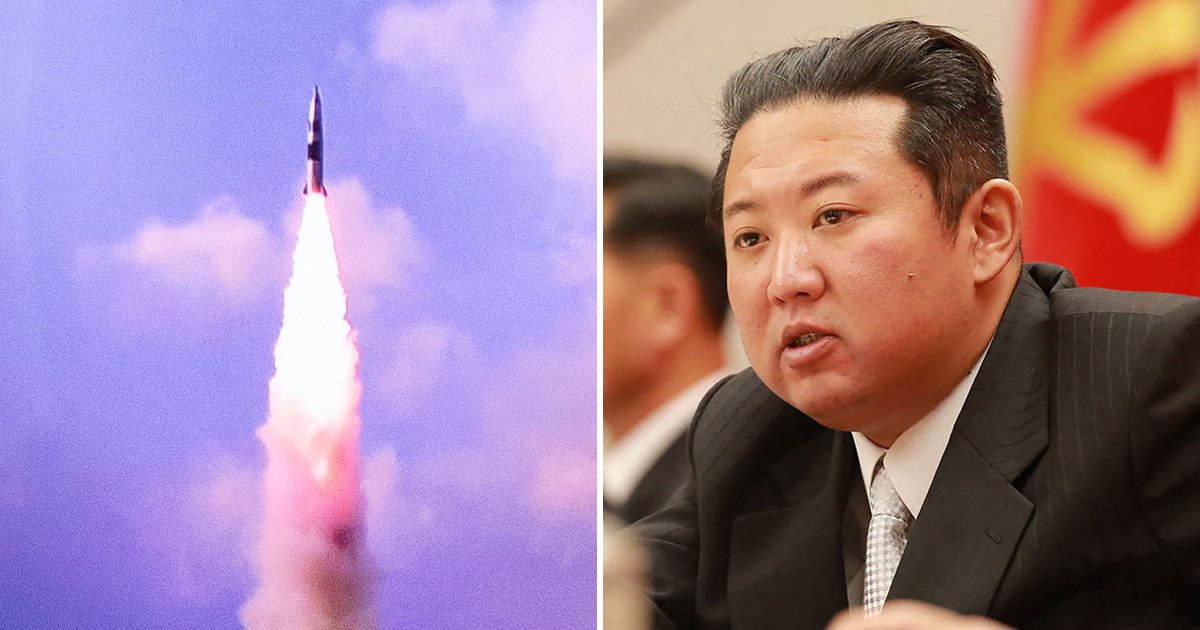 North Korea fired a suspected ballistic missile into the sea on Wednesday, drawing condemnation from Japan and raising concerns in South Korea.

South Korea’s Joint Chiefs of Staff said in a statement the suspected missile was fired at around 8.10am local time toward its eastern waters.

In an emergency video conference, members of South Korea’s preseidential national security team expressed concerns about the launch and called for renewed talks to resolve tensions.

It came just hours before President Moon Jae-in attended a groundbreaking ceremony for a rail line he hopes will eventually connect the divided Korean peninsula.

Speaking at the ceremony, Mr Moon acknowledged the launch raised concerns of tensions and damage to inter-Korean relations, and called for North Korea to make sincere efforts for dialogue.

‘We should not give up the hope for dialogue in order to fundamentally overcome this situation,’ he said. ‘If both Koreas work together and build trust, peace would be achieved one day.’

Mr Kishida said other details about the North Korean launch weren’t immediately available, including where the suspected missile landed and whether there had been any damage.

He said he ordered officials to confirm the safety of ships and planes in the area where the suspected missile likely flew and fell.