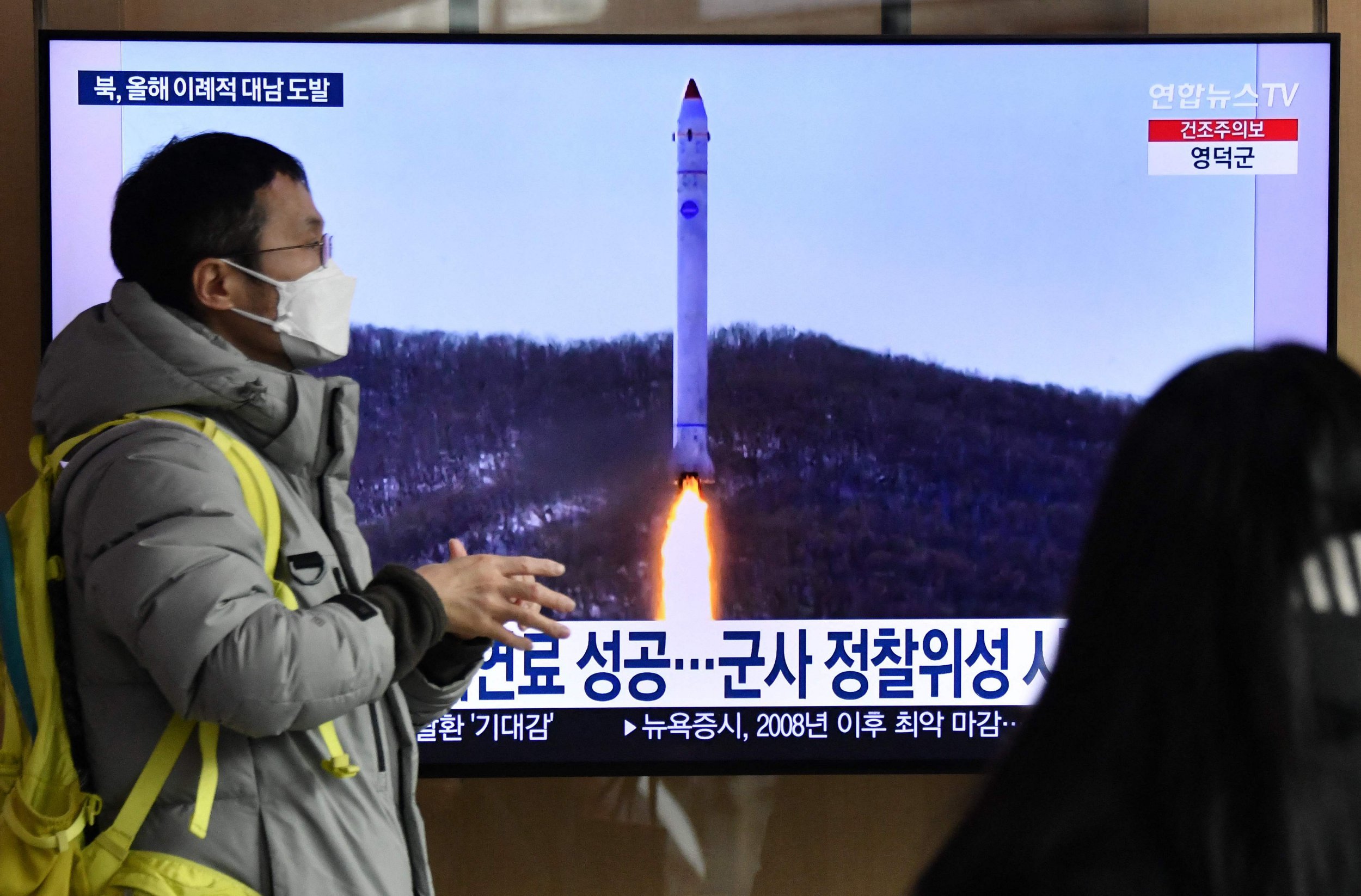 North Korea has brought 2022 to a close with another showcase of its arsenal – which has been named ‘a grave provocation that undermines international peace’.

It comes after South Korea accused North Korea of flying five drones across the rivals’ tense border for the first time in five years – and responded by sending its own drones.

Yesterday, South Korea launched a solid-fuelled rocket as part of its efforts to build a space-based surveillance capability to better monitor the North.

More than 70 missiles have been test-fired by Kim Jong-un’s nation this year, including about eight intercontinental ballistic missiles.

They travelled about 220 miles before landing in the waters between the Korean Peninsula and Japan.

The Joint Chiefs of Staff blasted the move as ‘a grave provocation’, warning that it maintains a readiness to ‘overwhelmingly’ deter any provocation from Pyongyang.

America’s commitments to the defence of South Korea and Japan ‘remains ironclad’, it cautioned.

Earlier this week, the supreme leader unveiled his 2023 wish list for his military.

The dictator ‘set forth new goals for bolstering the self-reliant defence capability to be pushed ahead next year under the multilaterally changing situation,’ state media reported.

Experts say Kim is planning to expand his nuclear arsenal and acquire high-tech weapons systems such as multi-warhead missiles, a spy satellite, advanced drones and a more agile long-range weapon.

He would eventually aim to use his boosted nuclear power to force rivals to accept the North as a legitimate nuclear state, it’s claimed.

Meghan Markle and Prince Harry should be ‘congratulated’ on financial Independence

Gareth Southgate doubles down on Sterling punishment after incident with Gomez