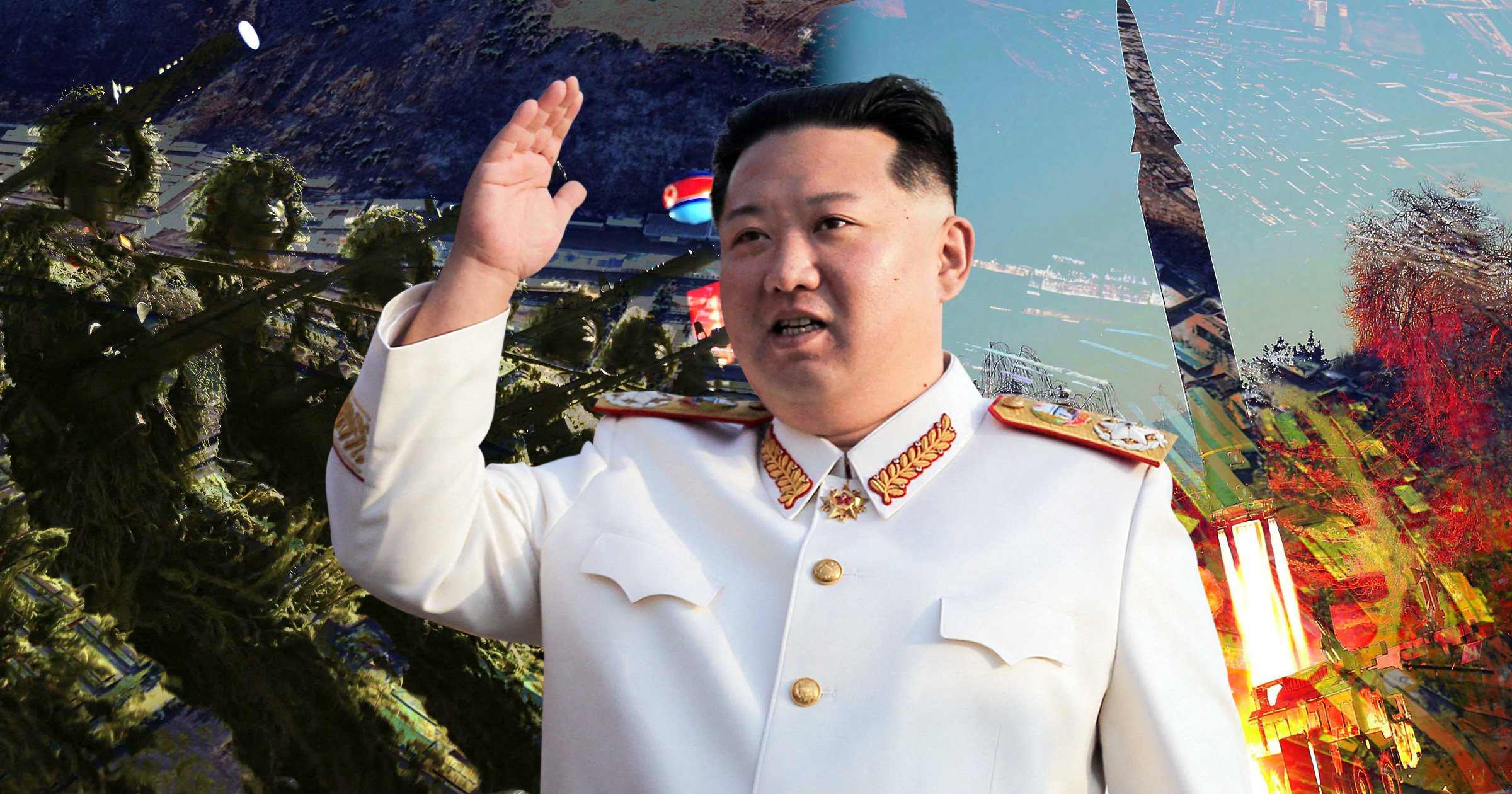 A vast underground arms factory regarded as the biggest in North Korea’s military nexus has been captured in satellite imagery analysed by an open source researcher.

The secretive Kanggye General Tractor Plant is thought to employ up to 20,000 people in what is widely regarded as the engine room of the rogue state’s defence infrastructure.

Beneath a scruffy above-ground layout the plant, also known as Factory No26, has huge subterranean sections that are entered by numerous tunnels dotting a hillside across a span of 1.2km.

American researcher Jacob Bogle found clues hinting at the scale of the underground levels, including ventilation shafts poking out of the ground.

Based on his analysis, the nondescript-looking factory could theoretically be 176,000 square metres in size, roughly equivalent to 25 football pitches.

In a setting reminiscent of a Bond villain’s lair, workers toil on multiple underground levels and along several kilometres of tunnels making a wide array of arms. Munitions, including anti-tank artillery and small arms ammunition, are among the materiel produced at the key plant.

Located to the north of the country in Chagang province, the weapons-making base is also thought to be involved in manufacturing processes that will be of interest to Western intelligence agencies.

Precision-machined components for short-range ballistic missiles are thought to be made at Kanggye before being shipped to other facilities for final assembly. Fuses, metal shells and other parts for chemical weapons have also come off the production line, according to unsubstantiated reports. In the 1960s, Kanggye was a production site for centrifuges used in uranium enrichment during the early days of North Korea’s nuclear programme, according to rumours.

‘The average person looking at the factory probably wouldn’t suspect just how large or important it is,’ Mr Bogle told Metro.co.uk.

‘Outside, in front of the hill that houses the underground portion, there’s about 50 hectares of administrative buildings, warehouses and even a small stadium for employees to play football.

‘The factory is somewhat nondescript. But then all you have to do is look at the hill and you can see small buildings extending straight into the rock and at least nine entrance tunnels.

‘In fact, it’s a little difficult getting an exact count of just how many tunnels there are.’

The researcher, who is based in Tampa, Florida, has collated and analysed imagery of underground factories around North Korea, most of which have up to three access tunnels.

Kanggye’s well-developed layout and production structure includes at least nine, indicating its staff can handle multiple lines of weapons and equipment at the same time.

Workers are said to undergo meticulous body searches as they enter their subterranean workplace, with guards on the look out for lighters, matches or anything that could cause a fire.

Pictures released by the Korean Central News Agency (KCNA), the state’s news agency, show workers in a swimming pool and giving a dance demonstration in a sports hall during a visit by supreme leader Kim Jong Un.

In 2010, a defector who worked for North Korea’s munitions industry told the south’s Chosun Ilbo newspaper that the site was the regime’s ‘main weapons production base’.

Nine years later, Kim said that he wanted to put the plant ‘on an advanced level of the world’ and was shown touring the facility in pictures released by the KCNA.

‘So, to carry on with the Bond villainy analogy, you have this somewhat normal looking factory, surrounded by the region’s mountains,’ Mr Bogle said. ‘But then you look more closely and there’s this hidden network of tunnels all producing weapons for one of the largest militaries in the world and that’s headed by a guy who murdered his own brother and uncle.’

One thing the sprawling plant does not produce is tractors.

Computer Numerical Control machines, used for automating factory processes, enable the production of complex, high-precision ware and make it one of the country’s most advanced facilities.

Underscoring its importance, the plant has hosted visits by Kim, including one in 2019 where he spoke of his appreciation for workers and was pictured by machines. The leader’s two predecessors have also visited.

The plant has its roots in a site that was established soon after the end of the Korean War in 1953 as a small-arms factory that was split into three, with each part moved to different areas of the country, according to the blogger.

The ‘tractor’ label comes from Soviet nomenclature that typically denotes a military factory.

Working in a major weapons plant for a country regarded around the world as a rogue state carries obvious dangers.

In November 1991, a major explosion blamed on a mishandling of incendiary material was widely reported to have killed at least 1,000 people. The death toll could be as high as 6,000, including pregnant women, according to some locals who were cited in a report by the Daily NK, an online newspaper based in South Korea.

An area nearly a kilometre was destroyed, likely damaging every above-ground building and blowing out windows across a much wider radius.

Unsurprisingly, no official acknowledgement of a disaster has ever been made by the regime, although satellite imagery from the time, of a much lower resolution than present mapping, and accounts from defectors suggest a major incident took place.

Further open source research shows that it took up to four years for the site to be cleared and reconstructed, with no new residential buildings facing the factory, although just outside the hinterlands lie populated settlements.

Mr Bogle said: ‘We know that North Korea is one of the worst offenders when it comes to unsafe working conditions and it has the highest incidence of work-related deaths in the world according to a study published in 2021 by the World Health Organization and International Labour Organization.

In fact, the death rate actually increased between 2000 and 2016. However, just like everywhere else, some industries are safer than others.

‘At Kanggye, there are recreational facilities such as a stadium and swimming pool, there’s a medical clinic, and there are other amenities for the workers and their families.

‘Work at the factory is likely to be difficult, and there would be no public discussion of injuries or safety failures, but there is no reason to believe that workers are any less safe than at other North Korean arms factories.’

Kim may well draw on the battened-down plant’s resources amid fears that his regime is due to carry out its first nuclear test in five years.

A demonstration of the state’s capabilities could come at ‘any time’ according to US and South Korean officials. Tensions have showed no sign of easing over the past week as the north blamed the US, South Korea and Japan for carrying out what it described as ‘aggression moves’.

The bellicose messaging came on June 25 as Pyongyang marked the 72nd anniversary of the outbreak of the Korean War.