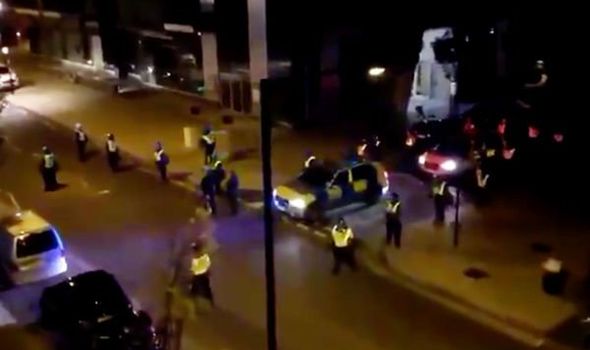 Hackney Police are currently dealing with the incident, which broke out on the Woodberry Down Estate. Helicopters and dogs can be heard among the “large policing presence” currently working to halt the violence. Reports suggest it could have been a rave after onlookers described seeing “hundreds of teenagers running riot”.

One even said the residents had been left “terrified” following the rush of violence.

Hackney Police wrote on Twitter: “We are dealing with spontaneous outbursts of disorder on the Woodberry Down Estate N4.

“There is a large policing presence.

“We will provide updates as and when we can.” 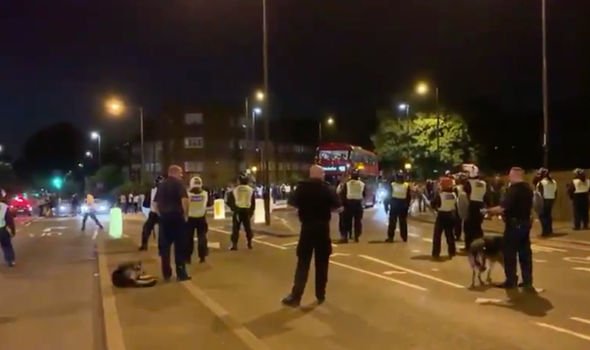 Locals were left shocked at what they had witnessed in the early hours of Sunday morning.

On Twitter one wrote: “Riot police have dispersed around the party scene (hopefully collecting any weapons abandoned).

“People are actually going back and are turning right back around when they see them.

“This is the worst I’ve seen in the 5 years we’ve lived here. 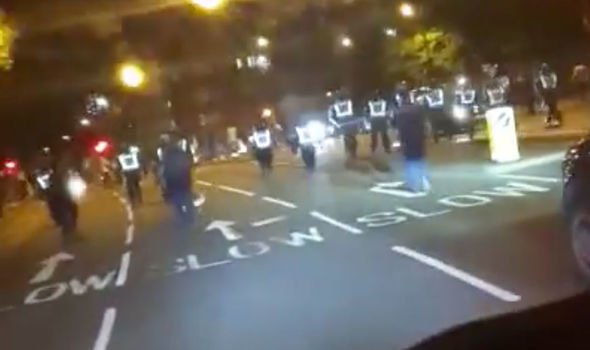 “Have seen a fair number of house parties broken up, but never this scale or this level of police.”

Another wrote: “So I’ve just heard that the helicopter is up as there is an illegal rave occurring on woodberry down.

“It’s been going on for about 5 hours – residents are terrified.”