Reverend Dr David Bruce of the Presbyterian Church in Ireland appeared on BBC Newsnight yesterday to discuss the “pretty complex” causes behind the violence in the country. Northern Ireland has suffered some of its worst violence in decades as loyalists and nationalists clash with police, with Brexit, police failings and a controversial Sinn Féin funeral all taking blame for the conflict.

Speaking to host Kirsty Wark, Rev. Dr. Bruce described the causes behind the violence as “multifaceted”.

He told the programme: “We’ve got, yes the questions of the unresolved loose ends if I can call it that emerging from the imposition of Brexit, the Northern Ireland Protocol being the most obvious example of that. And therefore within loyalist communities I think there is a sense of deep-seated sense of betrayal perhaps.

“So that remains an issue, but I think there are probably other systemic issues at work here, perhaps less to do with high politics and more to do with social deprivation, disengagement from the normal warp and weft of society.

“Young loyalists perhaps finding it more difficult to engage with education and seeing therefore a sense of voicelessness, perhaps even a sense of hopelessness.” 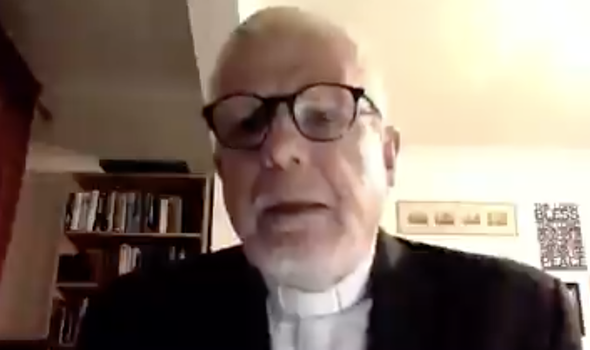 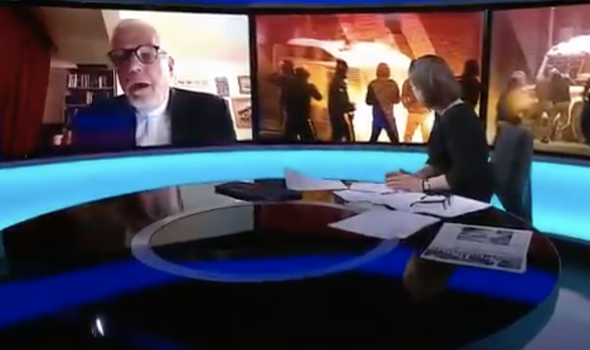 Ms Wark interjected to point out both loyalist and unionist factions are aggrieved over the Northern Ireland protocol, saying the nationalists believe they “didn’t get a good deal either, the grievance isn’t just on the loyalist side.”

Rev. Dr. Bruce agreed, commenting: “You don’t have to push very far in Northern Irish life or politics to come to the ’s-word’, which is sectarianism.

“And unfortunately we have seen evidence of that particularly in parts of the protests around Lanark Way, where there was face-to-face fighting between the two sides.” 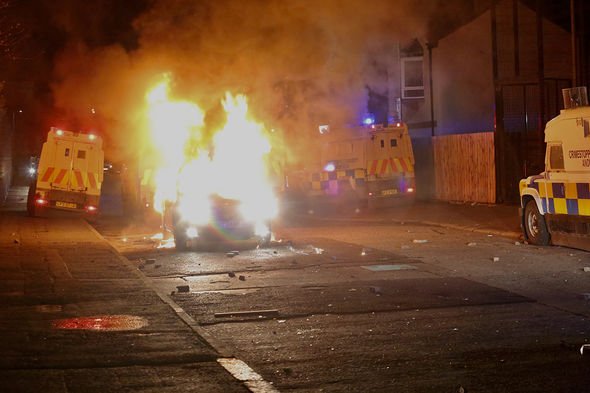 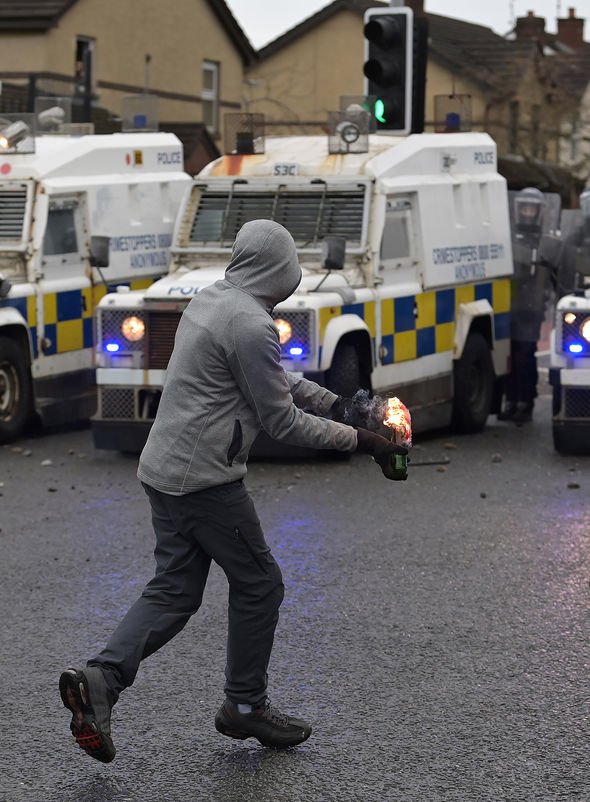 Discussing BBC Newsnight’s earlier report that children were “essentially being forced” to carry out violence in the country, Rev. Dr. Bryce condemned the aggression and demanded a “locally driven” solution.

He said: “I absolutely agree that there can be no justifiable ideology or reasoning for putting these kids out there and feeding them the ammunition in their minds that this is a legitimate or appropriate way to behave.

“Because all they’re really doing is ripping apart their own streets. They’re destroying and wrecking their own communities and how can that possibly be a way forward?

“How can that even possibly be a way to legitimately express a protest of what they see to be an injustice?

“There has got to be a political solution to this, a locally driven political solution to this, and it is incumbent I think on our elected representatives and particularly those five parties gathered round the executive table to collaborate in determining what the issues are and then to make the appropriate approaches from here, from Northern Ireland to the UK to Dublin to Europe to internationally to make that case.”

It comes after a burning car was left on a railway track between Belfast and Derry yesterday, leaving Northern Ireland’s infrastructure minister “deeply concerned”.

Chris Conway, Translink Group chief executive, shared the 7.10pm train driver “reacted quickly and thankfully brought the train to a stop safely, short of where the car was burning”.

Nichola Mallon condemned the incident and said: “It is unimaginable to think what could have happened this evening had it not been for the prompt action of the driver and crew.

“I want to express my gratitude to them and to the emergency services.

“I would urge anyone with any information about this incident to contact the PSNI.” 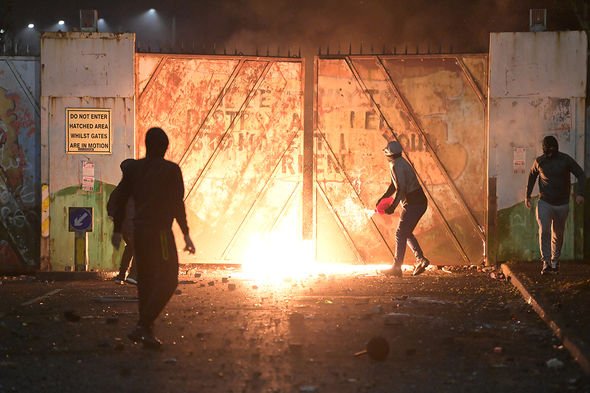 Violence first broke out in Northern Ireland on March 30, and has since escalated drastically.

On Wednesday, a bus was hijacked and set on fire in Belfast, after youths pelted it with petrol bombs at the junction of Lanark Way and the Shankill Road.

Arlene Foster, Northern Irish First Minister and DUP leader, said: “These actions do not represent unionism or loyalism. They are an embarrassment to Northern Ireland and only serve to take the focus off the real lawbreakers in Sinn Féin.”

Gerry Kelly, Sinn Féin Assembly member, said the “disgraceful scenes of violence and destruction” had “clearly been planned in advance and orchestrated by loyalist criminal gangs.”

One Irish Government official told the Irish Times: “The guy could have been torched alive in that bus.”