Footage posted online showed the aftermath of the emergency, with terrified passengers fleeing the debris.

An emergency siren can be heard as the platform is cleared.

Massive piles of rubble amassed on the platform, with concrete slabs jutting out at dangerous angles. 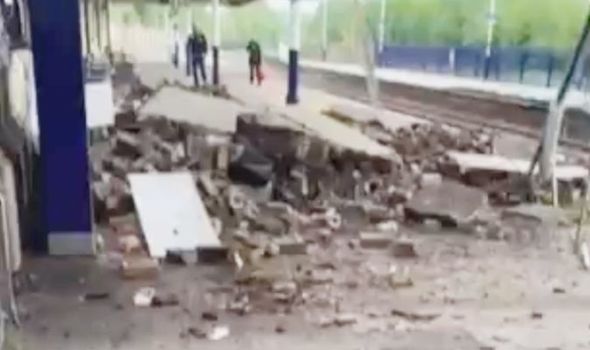 Weaver Vale MP Mike Amesbury told the Northwich Guardian: “I was shocked to learn of a serious roof collapse at Northwich Railway Station this morning.

“My team have spoken to police and, miraculously, it appears nobody has been injured although there has been major disruption to the railway.

“Clearly there will need to be an official investigation to understand what has happened.

“Having just spoken to a senior Northern Rail manager, the priority is to make the area safe and get the trains running again. 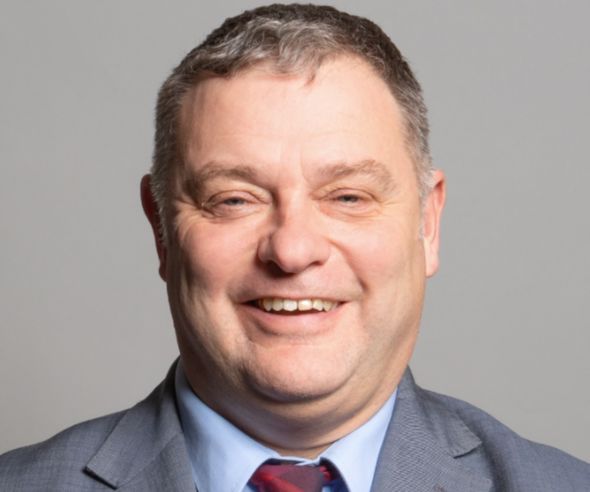 “I am raising this matter with Transport Secretary Grant Shapps as a matter of urgency.”

A spokesperson for Cheshire Fire and Rescue Service said: “Everyone present at the time is accounted for.

“The crew is assessing the scene with representatives from Network Rail and has notified council engineers.”

Northwich is a quiet commuter town in the North West of England.

Its links to Manchester and Chester make it a busy route for workers in the region.

There are expected to be severe delays on the line, which operates London Northwestern and Avanti rail services.

Services running through that station will now be delayed by at least 40 minutes.

Grenfell Tower fire: Firefighters warn of ‘sleepwalking into another catastrophic loss of life’