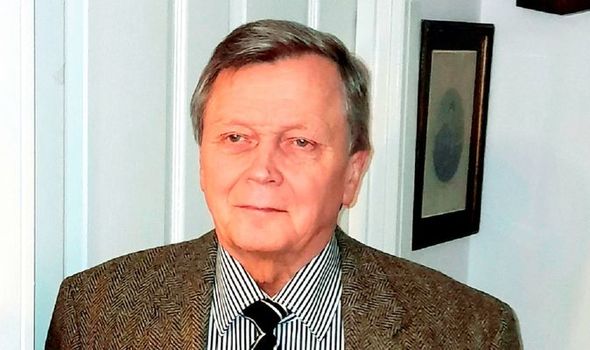 Dr Geoffrey Monks was jailed after not paying a council fine. During his first morning inside, inmates on five separate occasions threatened to kill him. His cell was close to Soham child killer Ian Huntley and prisoners at HMP Woodhill believed Dr Monks was a police officer, or worked for MI5. Huntley, he said, was “directly below me… It wasn’t a nice time”. News of Dr Monks’s ordeal came after he was awarded a seven-figure sum over the council’s “abusive campaign”. He had initially sued for £14million.

His “nightmare” began in 1999 after he barred local solicitor Jenny Lawrence from his pub, The Snooty Fox near Kettering, Northants, following a dispute over a £6 bottle of wine. She subsequently complained of food poisoning and a council probe led to Dr Monks being convicted of food hygiene offences and fined a record £25,500 plus £3,800 costs.

Dr Monks claimed that the solicitor had been in a relationship with East Northamptonshire Council’s then-chief executive Roger Heath, who made the final decision to prosecute him. He told how locals at the pub had warned him about Ms Lawrence.

He said: “All the locals warned me about a certain person that lived in the village. Apparently she had had brushes with a lot of them and they had all come off badly. “She was a very difficult person. I didn’t have a member of staff who would serve her, quite frankly. I ended up being the only person that would.”

He tried to defuse the row over the bottle of wine, but it continued until he finally asked the customer to leave.

Dr Monks added: “I thought to myself enough is enough and I very politely said to her, ‘Whatever we do, we can’t seem to please you. May I very respectfully suggest that you choose not to use our services in the future.'” Dr Monks, 67, was jailed for four months in 2003 for non-payment of the massive fine.

He was forced to sell his three pubs and his home and suffered a heart attack after being sent to prison. He says his mother was so distressed by his ordeal, she suffered a stroke and could not speak for the last eight years of her life. But Dr Monks refused to give up the fight to clear his name and sued the council for “abuse of process”.

The Snooty Fox conviction was overturned in 2015 and his ordeal was finally over with last week’s damages settlement. The council apologised and agreed to pay Dr Monks the sevenfigure sum.

Council leader Jason Smithers said: “East Northamptonshire Council’s decision to prosecute Dr Monks in relation to the Snooty Fox public house was an abuse of process and should never have occurred.”

Dr Monks’s lawyer Geraint Thomas, of Laytons ETL Global, said: “This settlement finally provides full vindication for our client more than 20 years after East Northamptonshire Council began its abusive campaign against him. The impact on his health, finances and wellbeing has been nothing short of devastating. But I hope that the settlement will enable him at least to begin to rebuild his life.”

Mr Smithers added: “I hope that Dr Monks is able to have his reputation restored and that the substantial damages go some way towards assisting him to move forward with his life.”