Home » Europe » ‘Not my king!’ Anti-Royal protester removed from Parliament by police

Protester seen outside Parliament ahead of accession event for King

An activist protesting the monarchy was seen being escorted away from the gates of Parliament by a group of London Met police officers. Video has emerged of the protester, proudly brandishing a sign that read “Not my King”, being led away from the Palace of Westminster by several uniformed officers. As the protester departed, they unbuttoned their shirt to reveal a white top which clearly displayed the logo of the Campaign to Abolish the Monarchy. The news comes after a woman was arrested in Edinburgh for protesting in a similar fashion.

Viewers of the footage quickly began to react to the protest, with some questioning the power of the police to remove the activist.

One Twitter user alerted the Free Speech Union organisation, suggesting the decision to remove the protester may have impeded upon their rights to freedom of expression.

Others suggested the police intervention amounted to censorship, comparing the control over anti-monarchist protesters to Russian restrictions on opposition to the Kremlin.

Dr Philip Kiszley, a lecturer at the University of Leeds said: “Let them protest. Why on earth not? Nothing looks sillier than a complete nonentity displaying such self-aggrandisement.” 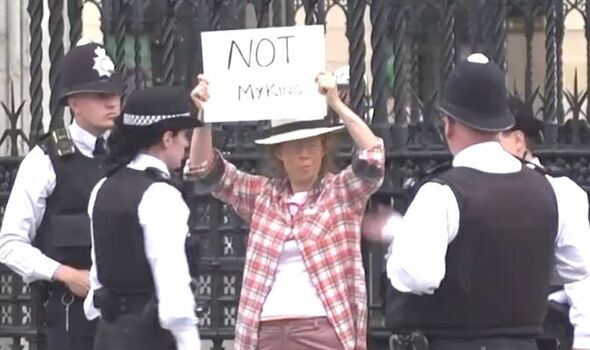 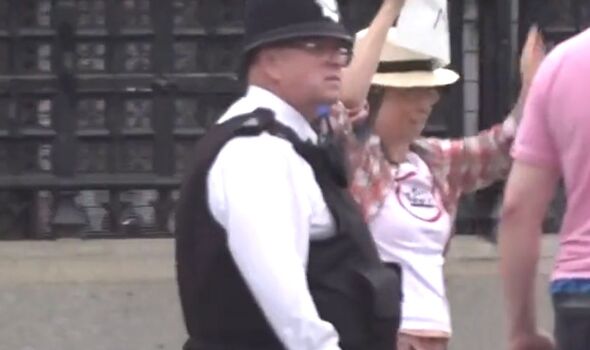 On Sunday, a woman was arrested outside St Giles’ Cathedral for a similar act of protest in opposition to the monarchy.

The protester was arrested by Scottish Police during the accession proclamation for King Charles in Edinburgh.

The woman was understood to be holding a cardboard sign which condemned imperialism and called for the monarchy to be abolished.

The police spokesperson explained the woman had been arrested in connection with a breach of the peace. 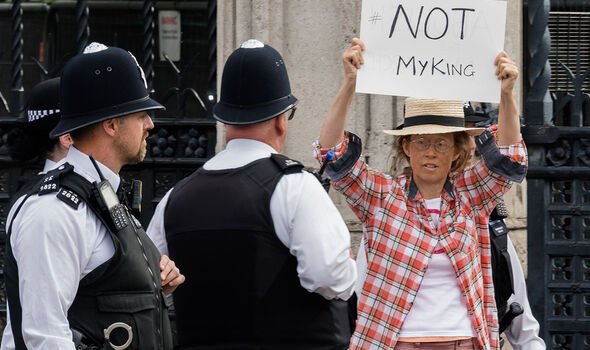 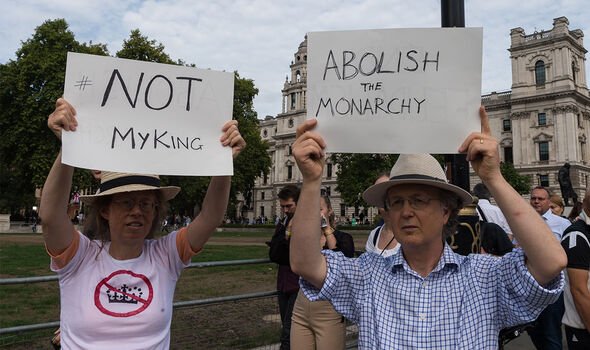 Lord John McFall described the Queen as “beloved and deeply missed” in his address to the new King.

He added: “She was both a leader to, and a servant of, Her people.”

Speaker of the House of Commons Lindsay Hoyle said the passing of the Queen had been a loss felt by her admirers around the world. 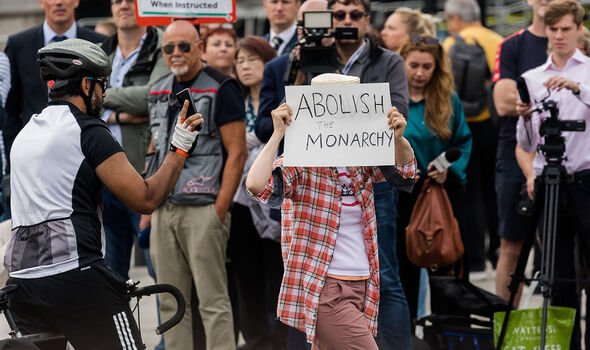 While there have been reports of anti-royal protesters, much of the nation has come together to commend the Queen’s long reign as crowds of well-wishers have gathered outside royal residences.

Upon his return to London from Balmoral Castle, King Charles was greeted by swathes of cheering crowds in front of Buckingham Palace.

Balmoral and Windsor Castle have also been flooded with floral tributes to the Queen as thousands visit to mourn the long-serving monarch.

Many more people are expected to converge on London towards the end of the week as the Queen will lie in state in Westminster Hall, allowing mourners to file past her coffin and offer their respects.