The alleged offences included drug possession, criminal damage, possession of an offensive weapon assault and sexual assault, according to the Metropolitan Police. The festival is set to receive around two million partygoers and is open for the first time since 2019 due to the coronavirus pandemic.

The event began on Saturday, August 27, and is set to close bank holiday Monday, August 29.

The atmosphere has been described as “immaculate” by London Mayor Sadiq Khan.

He said in a tweet: “Biggest street party in Europe! And the vibes are immaculate.

“This community-led celebration of Caribbean history and culture has become one of the world’s biggest street festivals – and part of the very fabric of our amazing city.” 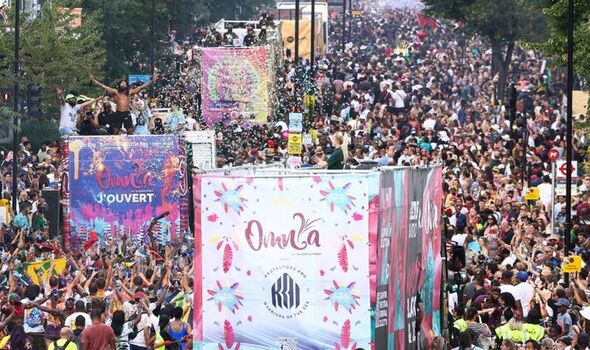 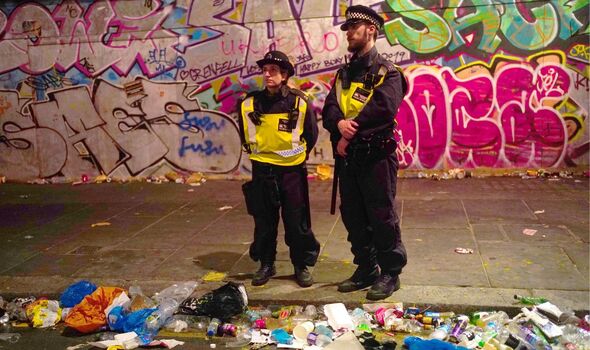 However, the street party has had its hiccups. A video circulating on social media appears to show revellers dancing on a bus stand which suddenly collapsed.

The video, taken on Sunday, appears to show hundreds of people in the crowd gasp as the roof of the stand collapsed, Metropolitan Police later confirmed that two people were injured in the incident.

Met Police said in a statement on Twitter: “We are aware of a video showing a bus shelter collapsing in the Ladbroke Grove area. 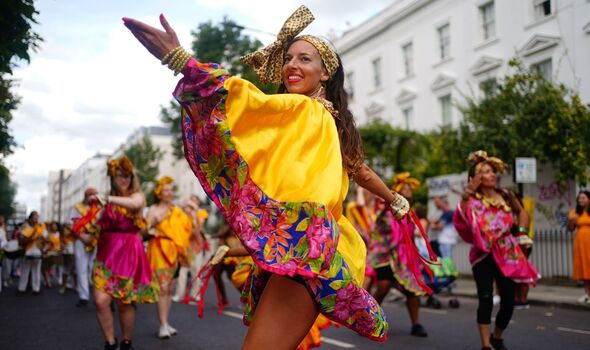 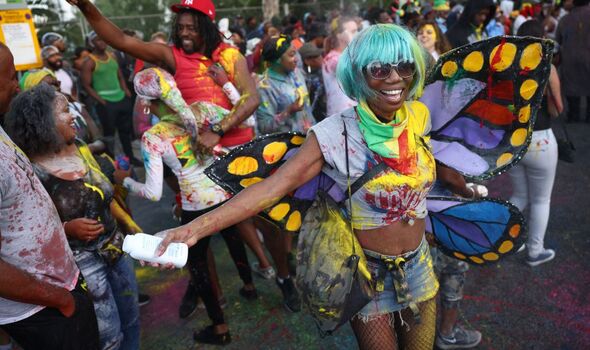 The force confirmed the animal was pronounced dead at the scene after falling ill at around 9pm Sunday, August 28.

A statement from the force read: “At around 9pm, a police horse on duty at Notting Hill Carnival collapsed. Officers provided emergency care, but the horse sadly died at the scene.

“It is too early to determine the cause of death. An investigation will now follow.

“Officers form a very close bond with the animals they serve alongside. Our thoughts are with all our mounted branch colleagues tonight.” 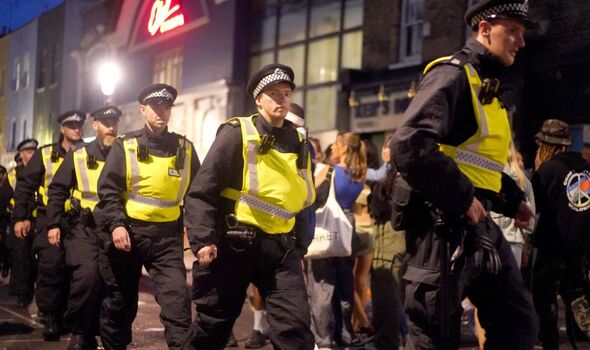 Although there have been dozens of arrests at this year’s carnival, in 2019 the Metropolitan Police confirmed a staggering 463 arrests.

The main alleged offences were drug offences, which made up 209 of the total.

Although the festival this year has faced some disruption, partygoers on social media have been elated by the festival’s return.