Video footage shows a group of partygoers climb on top of the shelter before it dramatically collapses. The clip shared on social media shows about eight people dancing in front of a crowd of people.

Onlookers used their phones to record what was happening until the roof of the shelter slowly gave way under the weight.

Gasps can be heard among the festival-goers as the group plunges out of view. Police said two people suffered minor injuries and did not need further treatment.

Revellers filled the streets of Notting Hill to mark the first carnival since 2019.

The day kicked off with members of the Emancipated Run Crew – dressed in green in tribute to those who died at Grenfell – beginning the parade and marking the official launch of Notting Hill Carnival. 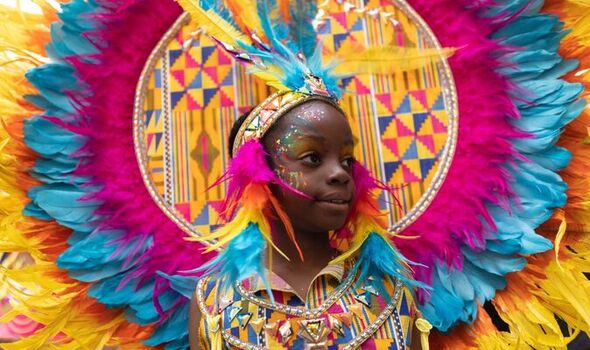 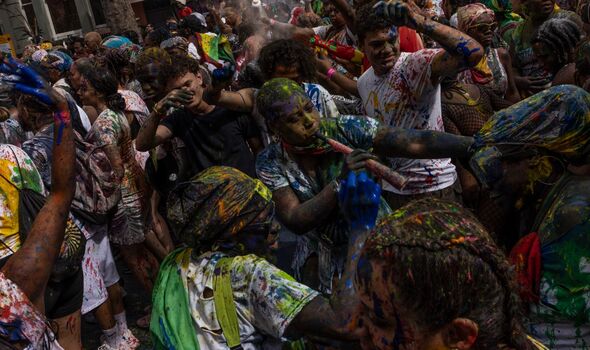 Jules Stephenson, co-founder of the club, said: “[The atmosphere] is electric – everyone is so excited about carnival being back.”

Sunday, traditionally “family day”, saw bright and dazzling costumes as the carnival procession made its way through Ladbroke Grove.

Millions are expected to attend the carnival over the course of the two-day festival, which has had a two-year hiatus due to the Covid pandemic.

Carina Charles, 40, a nurse from Basildon, said: “I like the togetherness of the people and the mixture of the culture. 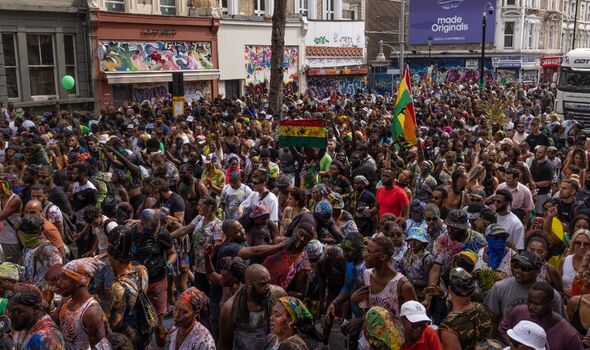 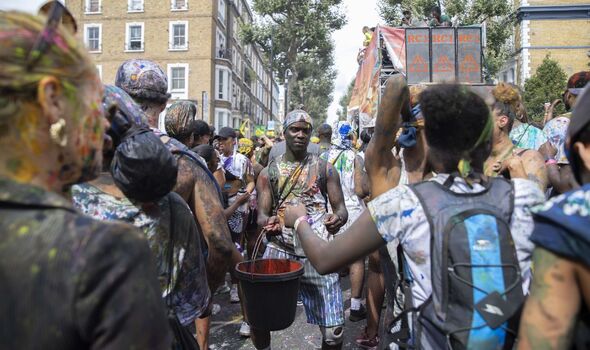 “My Caribbean music, the soca music is what I love the most. Everybody is jovial – they are excited after coming out of lockdown after three years.”

Different sound systems around the streets of west London entertained the dancing crowds as revellers smiled to the booming music.

Small children standing on the doorsteps of their houses waved Jamaican flags.

Shauna Walsh, 38, who lives in Kensal Rise, said: “The atmosphere has been really uplifting and warming – it is nice to be back.” 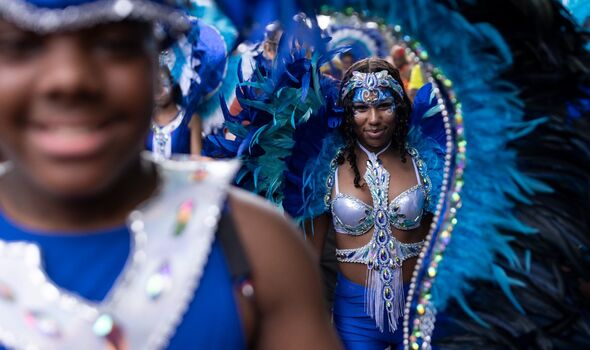 He said carnival was celebrating Caribbean culture, heritage, and history and there was a “pent up” demand for festivities this year.

He added: “We think it’s going to be the biggest and best ever.” 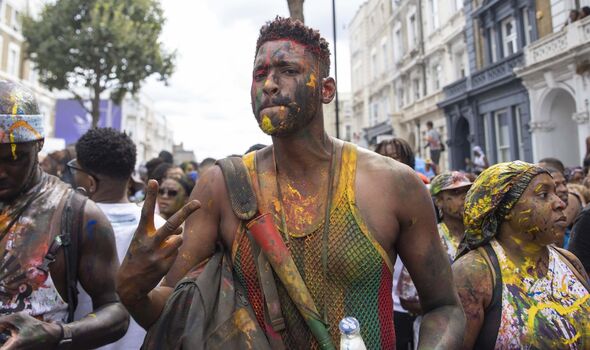 She said: “I always wanted to go here. The atmosphere is very animated: everyone is on their balconies and on the terrace. And people of all ages are watching as people go past.”

Paul Wright, 36, an account manager from Ealing, said: “There’s a great atmosphere, everyone seems to be having a good time.

“I think there’s more people here for a good time rather than any incidents.”

He added it was a “nice thing” where everyone came together and had a nice time.

Mr Wright joked: “The weather can always be better.”

You think they’re scroungers?’ Brit erupts at Royal Family calling on them ‘to go’