Home » Europe » Nuclear inspectors are in Ukraine for a high-stakes visit to the Zaporizhzhia plant. 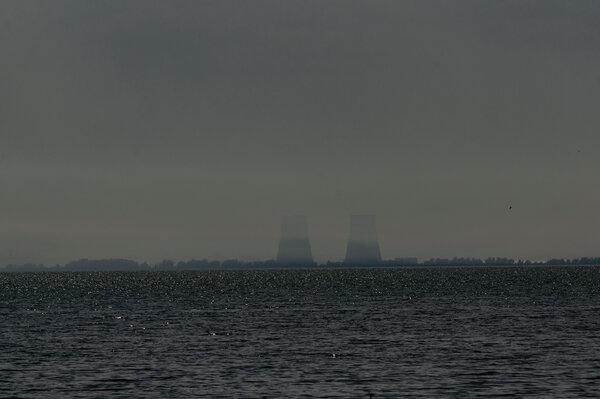 KYIV, Ukraine — A team of international nuclear inspectors was in Ukraine on Tuesday as part of a risky trip to assess the safety of a nuclear power plant that has been repeatedly struck by artillery shells, hoping to provide the world a first impartial glimpse of the threat.

The Zaporizhzhia Nuclear Power Plant, which is the first in the history of civilian nuclear power where active reactors have been imperiled by military conflict, is controlled by Russian troops but operated by Ukrainian engineers.

Conditions at the site, which was shrouded in smoke on Monday from wildfires touched off by combat nearby, have been unraveling for weeks. An image released Monday by a commercial satellite company showed blackened holes punched by artillery in the roof of one building.

Inspectors from the International Atomic Energy Agency had arrived in Ukraine, Anton Gerashchenko, an adviser to Ukraine’s minister of internal affairs, said on Twitter. The I.A.E.A. mission to the plant is among the most complicated ever for the agency, which has also worked in Iraq, Iran and North Korea.

A person familiar with the matter, who spoke on condition of anonymity to discuss sensitive security matters, said the arrangements for the mission were complex and subject to change, but that the team might reach the plant as soon as Wednesday.

To reach the plant, inspectors must cross a front line in the active war in southern Ukraine. Neither side has announced cease-fires for the visit.

In an indication of the mission’s difficulty, Mykhailo Podolyak, an adviser to the Ukrainian president, tweeted that Russian forces were “deliberately shelling” possible routes to the site in an attempt to dissuade the mission from continuing despite formal Russian approval.

The plant lies near the site of artillery duels between the Russian and Ukrainian armies, which are firing at one another across the Dnipro River, the broad waterway in central Ukraine that marks the front.

Employees who fled to Ukrainian-controlled territory have said that Russian soldiers have parked armored vehicles in two machine rooms near reactors. Ukrainian officials have called for the immediate withdrawal from the plant of Russian troops, who they say are using it to stage artillery attacks while Ukraine cannot fire back without risking a radiation release. Russia blames Ukraine for shelling the plant.

The U.S. government on Monday called for a controlled shutdown of the two remaining active reactors, said the spokesman for the National Security Council, John F. Kirby. The United States has also called for the demilitarization of the area around the plant, to reduce the risk of a radiation release. “A nuclear power plant is not the appropriate location for combat operations,” Mr. Kirby said, adding that cycling down the active reactors was “the safest option.”

Fighting continued to rage near the plant. Rockets struck the Ukrainian-controlled town of Nikopol overnight, hitting a bus station, shops and a children’s library, Ukrainian officials said on Tuesday. Nikopol lies on the western bank of a reservoir formed by the dammed Dnipro; the Zaporizhzhia plant is on the eastern bank.

Armed police swoop in as ‘man with crossbow sparks panic