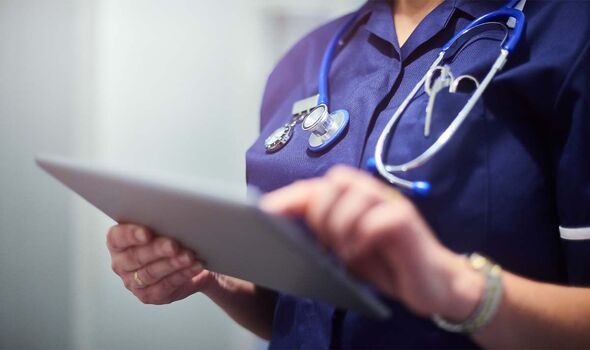 An nurse has been struck off after her failure to learn English to a high enough standard was found to have “put patients at risk”.

Concerns about Ghiulgihan Ramazan’s poor English were raised as far back as 2015 as she took a number of English tests but failed – and has not improved in the last seven years.

During a Nursing and Midwifery Council fitness to practice hearing last month, the committee decided it had no option but to issue a striking-off order, Hull Live reports.

She had been charged with not having the necessary knowledge of the English language to practise safely and effectively and that her fitness to practise was impaired by her lack of English.

The hearing heard Mrs Ramazan took International English Language Testing System (IELTS) exams in September 2016 and May 2017. She had failed to meet the standard required by the NMC on both occasions. She was given the opportunity to take further tests but there was no evidence she took any more.

A previous hearing in March 2022 had considered imposing a striking-off order but issued a suspension order after Mrs Ramazan expressed a willingness to improve her English and the NMC would pay for the test. But Alastair Kennedy, representing the NMC, said there was no evidence of any plan in place to improve her English and no evidence she had engaged with the NMC since.

The hearing did not mention where in East Yorkshire Mrs Ramazan was working or where she came from nor what qualifications she had before arriving in the region. However, the panel outlined why it felt the need to issue a striking-off order. The committee felt Mrs Ramazan had been given enough chances to improve her English.

In its report, the panel said: “There had been no relevant change in circumstances in relation to Mrs Ramazan’s completion of an occupational English language test. There was no information before it to suggest that Mrs Ramazan had taken the IELTS test and achieved a Level 7, which is the NMC requirement.

“The panel was mindful of NMC Guidance on English language requirements which states that nurses must be able to speak English to a level which enables them to practise safely and effectively. The panel noted that a sufficient level of English is required to enable nurses to speak to patients to assess their needs, inform them of their treatment, seek consent and receive feedback.

“The panel determined that the level of risk to the public in this matter remains high as Mrs Ramazan has not yet evidenced her English language skills to the required NMC standard. The panel, therefore, determined that Mrs Ramazan’s fitness to practise remains impaired on the ground of public protection.”

Mrs Ramazan sent an email to the NMC explaining why she would not be attending. As well as praising the British people, she also effectively admitted her English is not good enough.

The email said: “Thank you for your e-mail. So pleasure speaking with a native English! I remember how polite is British people, so beautiful and clever people!

“I don’t know which way is better. It is my fault I didn’t pass the IELTS exam, certainly lake [sic] of English language. I am ashamed and lost courage. I think it is better that the hearing goes ahead without me. My English speaking is not so good I think And I don’t want to make mistakes. I owe you apologies.”

The panel noted Mrs Ramazan had not attempted to take another English test since 2017 and was no longer engaging with the NMC. The panel explained why it decided to strike Mrs Ramazan off.

“The panel determined that a further period of suspension would not serve any useful purpose in all of the circumstances and that it is not in the public interest to keep having review hearings for a nurse who is clearly no longer trying to achieve the necessary standard of English.

“The panel also determined that it was necessary to take action to prevent Mrs Ramazan from practising in the future and concluded that the only sanction that would adequately protect the public and serve the public interest was a striking-off order.”

Woman gives birth on helicopter between Isles of Scilly and Cornwall