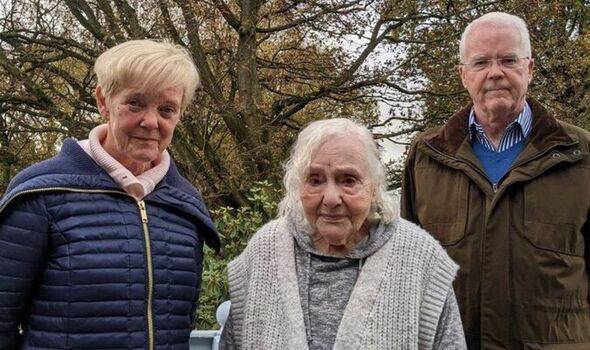 A pensioner has told of how she has been forced to sit in the cold and dark because the council refuses to cut down a neighbouring tree.

The 95-year-old claims she even felt cold during this summer’s record-breaking heatwave.

The tree, which stands on public land, is on the other side of her back garden fence, but the council says it will not chop it down because it is healthy.

Leeds City Council says she can pay to have the tree pruned back to an extent, but she is reluctant to do so due to the high cost involved, reports Leeds Live.

The great-grandmother of 17 from Leeds said: “It is really dark. When we had the day in summer when it was very hot, people were ‘phewing’ and saying they couldn’t stand it.

“I was in here and it was cold.

“It does affect my mood because I’ve got to put the lights on during the day and it’s a dark and cold room.

“I hate to think about it, but I’m paying quite a lot out in direct debits on electricity bills.”

Mrs Isaacs moved into her property in 2005, and since then the tree is said to have grown considerably.

She says she first made contact with the council about the issue around five years ago, but added, “They don’t want to know.”

“I’ve been on a hiding to nothing with it really,” she said. “It’s a very nice place to live. Once we get some more light in here it will be perfect.”

Local Conservative councillor Neil Buckley, who has taken up Mrs Isaacs’ case said: “We’re trying to get the council’s policy changed so that in a situation like this, where it’s clearly causing damage and it’s affecting Sheila’s wellbeing, something can be done about it.

“A contractor cutting back the branches would probably cost £1,000 and that’s not cheap.”

A spokesperson for Leeds City Council said: “On June 16 this year, the tree in question was inspected by our community tree officer, who found the oak tree to be in reasonable health and condition.

“The request to prune it did not meet any criteria for shade-related pruning.”

The council said it had calculated that there was an “insignificant risk” associated with the tree and that its “default position” is “that we do not prune trees to mitigate shade.”

The spokesperson added: “Mrs Isaacs does have a common law right to prune the tree back to the boundary, which has been explained to her via her local councillor.

“A site visit to re-inspect the tree has been booked for Wednesday, November 30, and we will not be able to make any additional comments until the visit has taken place.”

Election 2019: How do you know if you’re registered to vote? Is it too late?