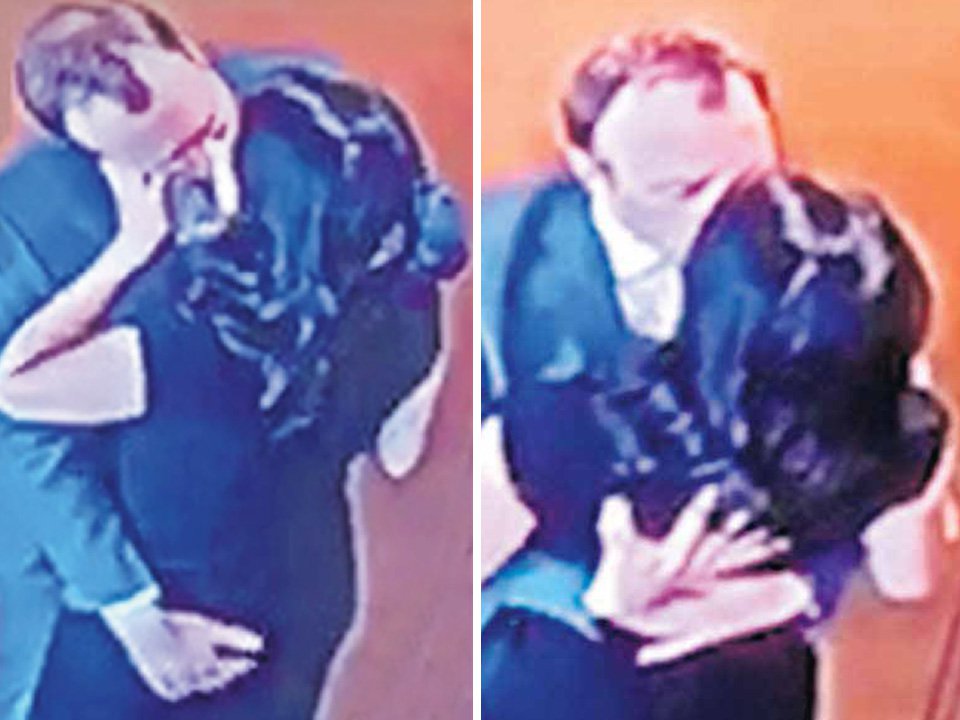 There is a part of me that feels very slightly sorry for Matt Hancock today.

Who among us could honestly say that there has never been a moment when, caught unawares by outside observers, we would have seemed awkward and embarrassing? It’s Ed Miliband’s bacon sandwich all over again.

Then again, the health secretary, whose tryst with his aide Gina Coladangelo was revealed by The Sun on Friday, is really the last person to deserve our sympathy.

Better to reserve that for Hancock’s wife and Coladangelo’s husband, who are today facing the humiliation of a video of their partners kissing going viral, while the entire internet rips the piss.

Better to sympathise with those single people who have, on the health secretary’s explicit instruction, not had so much as a hug for over a year, because the rules said that the slightest human contact could help spread the virus.

Better, too, to sympathise with the untold thousands who have had to die, un-comforted by the touch of their loved ones, or the NHS workers who had to watch it happen, even as the health secretary ignored his own rules.

The case for the defence, wheeled out by transport secretary Grant Shapps – a man who has spent the entirety of the pandemic looking like he’d much rather be talking about the dualling of the A66 – runs as follows: ‘People are entitled to their own judgments but people’s private lives are people’s private lives.’

This is the 21st century, the line seems to run: we no longer judge someone’s fitness for office based on their sexual morality. You can see why this might be an attractive line to a government headed by Boris Johnson.

Even if that’s true – a matter on which there’s still some debate – it wouldn’t be enough. The problem lies not in the act itself, but in the fact it was perpetrated by a man who has spent much of the last year doing media rounds telling the country to stay away from one another at all costs.

That message may yet be necessary again, but Hancock no longer has the moral authority to deliver it. Last summer a study found evidence of ‘the Cummings effect’ – a sustained fall in faith in the government’s handling of the pandemic, after it emerged that the Prime Minister’s senior aide had driven the length of England while likely suffering from Covid. The effect of the health secretary himself breaking the rules will surely be greater.

There’s another problem: Coladangelo is employed as Hancock’s aide. Did the health secretary knowingly hire his alleged mistress to a taxpayer-funded role? Or did he get into a romantic entanglement with a woman over whom he had professional power? Neither possibility looks great; both should, in normal times, probably count as resignation offences in and of themselves.

But these are not normal times, and this is not a normal government. As the face of Britain’s covid restrictions, not to mention a man who ran against Boris Johnson for the Tory leadership, Matt Hancock is not popular with his colleagues, and texts leaked by Cummings suggest the Prime Minister views him as ‘hopeless’: it’s entirely possible that the PM would like to sack him.

But the one clear principle Boris Johnson seems to have is that nobody gets to tell him what to do (this has sometimes been mistaken for libertarianism, rather than the political ideology of the tantruming toddler). The more the media presses for Hancock’s resignation, the less inclined the Prime Minister will become to provide it – even if, as seems likely, he’d like to be shot of the man.

After all, if he starts holding his ministers accountable for their actions, where will it end? Won’t we start expecting the same of the Prime Minister himself?

Once upon a time, scandals or revelations of incompetence would force a minister from office. That has not happened in a long time.

Priti Patel is home secretary, despite being repeatedly accused of breaching the Ministerial Code. Gavin Williamson is at education, despite last year’s exam results fiasco. Boris Johnson is Prime Minister despite the entire political and personal record of Boris Johnson.

So, as ridiculous as it seems, it is entirely plausible that Hancock will survive too.

And that’s another reason not to feel sorry for Matt Hancock: with the moral code of the Prime Minister he answers to, he has been very, very lucky indeed.

MORE: Hancock still hiding after affair while wife quietly gets on with things at home

MORE: The mental health impact of a year of Covid will be felt long after lockdown lifts