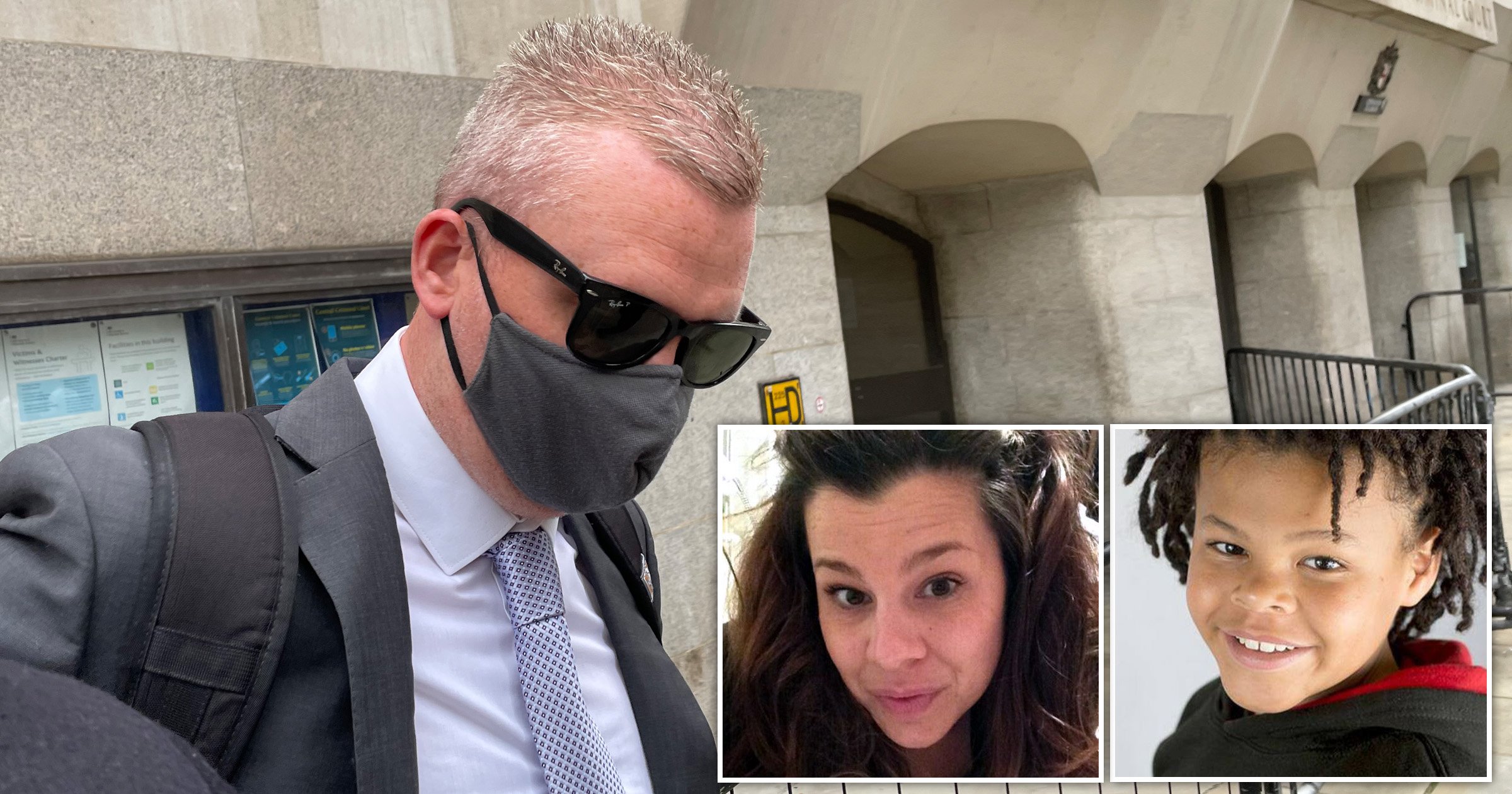 A Metropolitan Police officer has been cleared of causing the deaths of a child actor and his aunt following a crash in 2016.

PC Edward Welch was in pursuit of a stolen Ford Focus – driven by Joshua Dobby – when it mounted the pavement and hit child actor Makayah McDermott and Rozanne Cooper, 34.

Makayah had appeared in an Asda advert and had just landed a leading role in a major new television series when he was killed.

He also appeared in a production of Wizard of Oz with his sisters.

PC Welch had faced four charges involving dangerous driving after the crash, but was unanimously cleared by a jury at the Old Bailey today.

The officer had previously said he used his lights and sirens to ‘alert members of the public, pedestrians and other road users as to what was going on.’

He heaved a huge sigh of relief and nodded in thanks as the jury returned its verdict today.

Patrick Gibbs, KC, defending the officer, had told jurors: ‘It’s a dreadful story and it will be dreadful for you to have to think about it.

‘It is absolutely plain as day who caused this tragedy and who killed this family.

‘The answer, of course, is the man you won’t be hearing from – a man who is currently in prison for this crime.

‘There is no dispute that Mr Dobby drove dangerously, and we will suggest he drove exceptionally dangerously in the manoeuvre that actually caused the death, what experts say was an insane handbrake turn.’

Dobby, the estranged son of millionaire pet food wholesaler Mark Dobby, was previously convicted of two counts of manslaughter by gross negligence at the Old Bailey.

Energy prices to soar: Are you one of the millions of households affected?