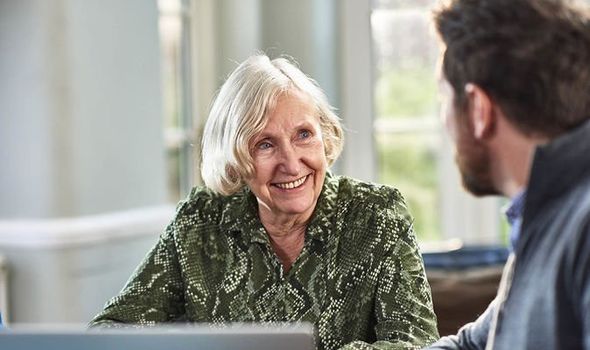 Yet the numbers of middle-aged men and women and pensioners “socially excluded” are rising, according to a critical joint report by The Salvation Army and Age UK. Deaths directly attributable to alcohol amongst people aged 55-79 have risen every year since 2011, and in 2019 the highest alcohol-specific death rates were among those aged 55-69 and 60-64.

Researchers found many of the people interviewed for the report were living ‘hand to mouth’.

Even before the pandemic, Age UK analysis of ONS data showed 39 percent of homeless people who died while sleeping rough or in emergency accommodation were aged 50-74 in 2019.

The report found health services not asking older people about their alcohol consumption or drug use because they presume that these problems are an issue experienced by younger people.

The bureaucracy involved was not helpful, especially to those people suffering from dementia or other cognitive problems.

Older people are also expected to attend services in the same spaces as younger adults, which can be intimidating if there is disruption or violence.

Many support services centre on finding a job which is not relevant for people who are state pension age.

Other activities – such as sports – are not appropriate for older people with health problems.

And there is a lack of staff trained to help with pensioners who need help with personal care like washing or dressing.

Nickie Aiken, Tory MP for London and Westminster, said: “Some older people who have experienced challenges in their lives, including homelessness, substance misuse, or experience of the criminal justice system, can’t always access the support they need.

“Services designed for older people sometimes struggle to cater for those with complex needs, while all-age services are often unable to cope with the added complications that come with ageing.

“As a result, these older people are likely to have a harder time.

“Our health and support services have been doing sterling work in what has been a difficult year, but as they change to become fit for the future, they should consider some of the practical ideas in this report to include those who may become socially excluded in later life.”

Nine people aged between 50 and 73, once classified as ‘socially excluded’ and seven professionals were interviewed for the research.

Caroline Abrahams, the charity director at Age UK, said: “The report paints a stark picture of the grim reality for thousands of pensioners in the UK who through no fault of their own have become socially excluded.

“With an ageing population it seems that those figures look set to keep rising, unless something is done to address the issues older people face now or could face in the near future.

“It was depressing to discover some ageist attitudes among professionals and a sense that it was not worth investing scarce resources in an older person who they felt was incapable of positive change.

“We need to do more to persuade professionals that while it is certainly never too early to help someone who is socially excluded, equally it is never too late.”

Many older people have struggled to get the support they need whether that be accessing mental health support, help with debt, help to tackle addictions to drugs or alcohol, or assistance to find a permanent home.

The equality act of 2010 makes it illegal to discriminate on the basis of age.

Yet some professionals are reluctant to provide support to older people because they believe it is too late for them to change, they won’t benefit from help, and resources are better spent on younger people.

Ageism is the last “ism” acceptable in our communities and society for some reason.

We should challenge it and institutional ageism in housing, local authority funding and access to healthcare leads to the situation where socially excluded older people are undervalued and the needs of this vulnerable group of people are overlooked.

More tailored services are needed to help older people who are socially excluded.

Local authorities and health services need to ensure their programmes and support is accessible and inclusive of all age groups.

A one size fits all approach simply doesn’t work. Services which are on offer are not always appropriate for people in later life, who may be living with long-term health conditions or disabilities.

Last week I met Stuart, who lives in one of our Edinburgh Care Homes.

He is 55-years-old, but presents with the needs of a person in his late 80s because of a lifetime living with addictions and mental health problems.

He now receives dedicated support from our staff allowing him to live a supported but independent life. Stuart told me that for the first time in his life he felt ‘loved and cared for’.

Across the board more tailored services are needed to help older people who are socially excluded, local authorities and health services need to ensure their programmes and support is accessible and inclusive of all age groups.

Holistic services and a removal of financial and regulatory barriers which can deal with multiple issues will make a significant difference.

A one size fits all approach simply doesn’t work.