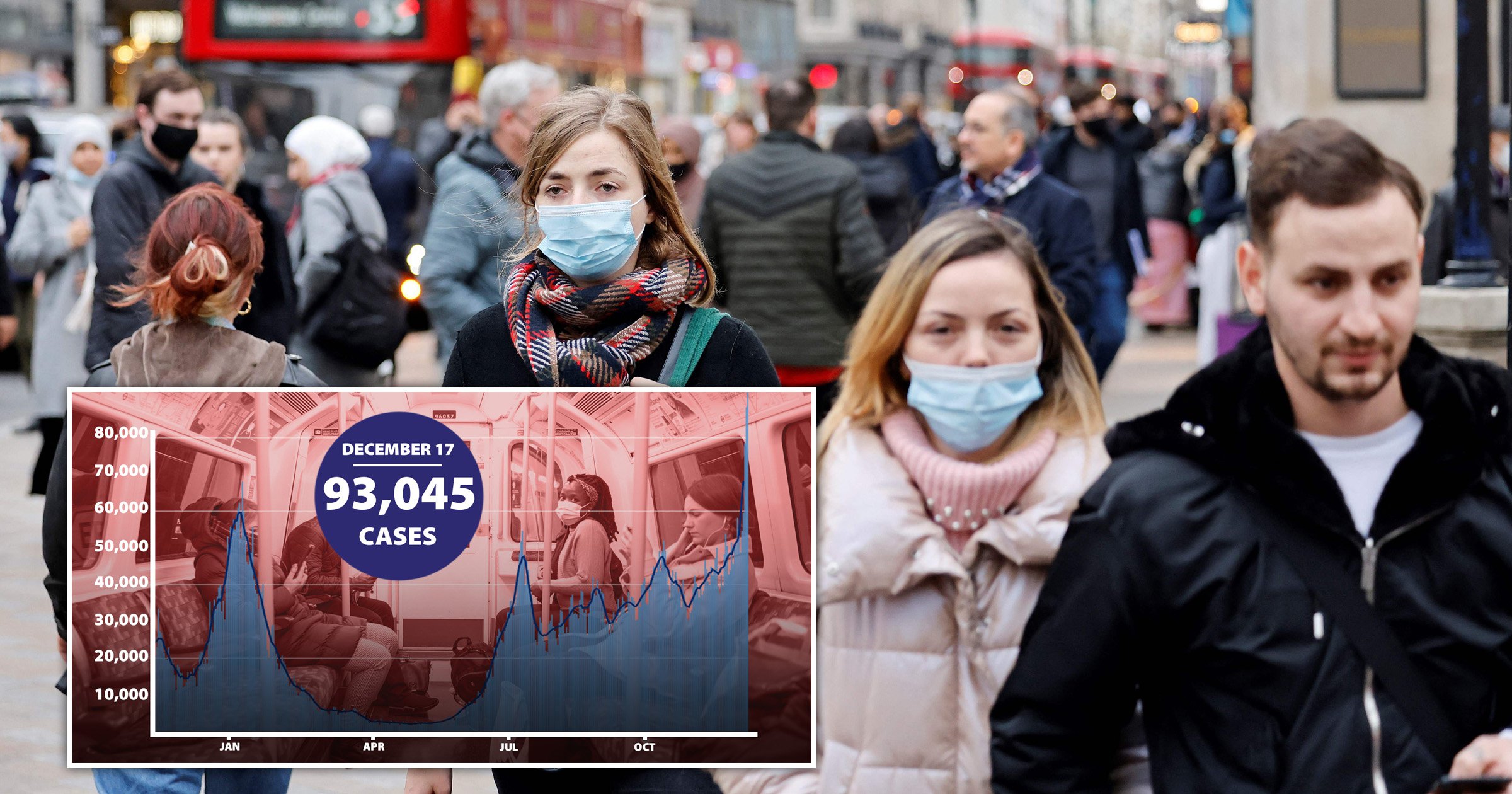 The Omicron coronavirus variant is spreading rapidly and has already been found in 89 countries around the world, the World Health Organisation has said.

The number of cases is doubling every 1.5 to three days in areas with community transmission, the UN health agency said in an update on Saturday .

It is also spreading fast in countries with high levels of population immunity, but it is unclear if this is due to the virus’ ability to evade immunity, its increased transmissibility or a combination of both.

Omicron was designated a variant of concern on November 26, soon after it was first detected in South Africa.

Since then it has exploded around the world, but much is still unknown about it, including the severity of the illness it causes.

The variant was first detected in the UK on November 26 and since then cases have rocketed to several thousand a day.

It is now the dominant variant in the UK – with some 54.2% of a sample of new coronavirus cases across England with specimen dates for December 14 and 15 found to be Omicron.

For the last three days, the UK has recorded record-beating daily case rates, with more than 93,000 cases confirmed on Friday, the highest since the pandemic began.

In an update on the unfolding global situation WHO said: ‘There are still limited data on the clinical severity of Omicron.

‘More data are needed to understand the severity profile and how severity is impacted by vaccination and pre-existing immunity.

‘There are still limited available data, and no peer-reviewed evidence, on vaccine efficacy or effectiveness to date for Omicron.’

The WHO warned that with cases rising so rapidly, hospitals could be overwhelmed in some places.

‘Hospitalisations in the UK and South Africa continue to rise, and given rapidly increasing case counts, it is possible that many healthcare systems may become quickly overwhelmed,’ it added.

In the face of a surge of cases in the UK there have been reports the government is considering imposing a two-week ‘circuit-breaker’ lockdown after Christmas.

The Financial Times reported that Boris Johnson was presented with a number of options on Friday under a so-called Plan C, ranging from ‘mild guidance to nudge people, right through to lockdown’.

The newspaper quoted allies of the Prime Minister who claimed Mr Johnson still wanted to go down the guidance route, but that he also had to be realistic about the threat of Omicron.

Leaked minutes from Sage, seen by the BBC, said scientists had told ministers that tougher measures need to be brought in ‘very soon’.

The BBC reported the advisers had recommended moving to restrictions seen in step one and two of the easing of lockdown restrictions in the spring.

This included a ban on indoor mixing and indoor hospitality.

They reportedly warned against delaying further interventions until 2022.

Almost 4,000 unvaccinated carers lost their jobs in the last week

M25 protests MAPPED: Where are climate protesters blocking traffic on the M25 today?