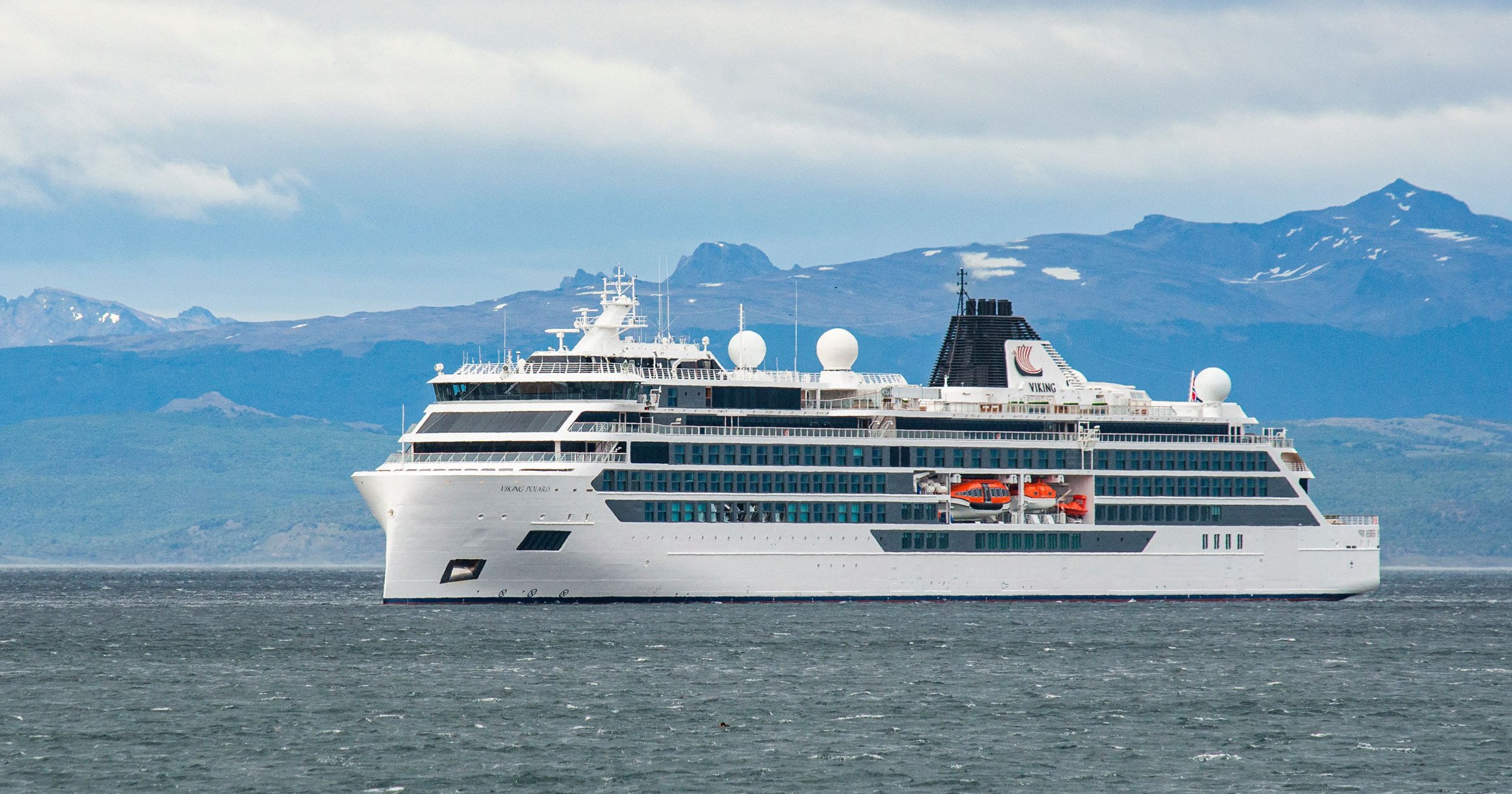 One person has died after a cruise ship bound for Antarctica was hit by a rogue wave, the cruise operator said on Friday.

The Viking Polaris has returned to port after a massive wave caused by a storm at sea pummeled the ship.

The incident happened on Tuesday, November 29 around 10pm.

One person died from their injuries during the storm. Four other passengers sustained non-life threatening injuries.

Viking is said the event was a ‘rogue wave incident,’ and is further investigating the death and injuries. The ship sustained ‘limited damage’ from the wave.

Rogue waves, also known as extreme storm waves, are ‘greater than twice the size of surrounding waves, are very unpredictable, and often come unexpectedly from directions other than prevailing wind and waves,’ according to the National Ocean Service.

Because they are so uncommon and unpredictable, researchers have very little data about them. Rogue waves are often described as looking like ‘walls of water’ and have reached heights of up to 58 feet tall.

The Polaris was heading to Ushuaia, Argentina, where it would then depart for Antarctica.

The Polaris docked at the port on November 30, where the rest of the ship’s trip was cancelled.

‘Our focus remains on the safety and wellbeing of our guests and crew, and we are working directly with them to arrange return travel,’ Viking stated.

The Polaris was scheduled to embark on another voyage to Antarctica on December 5. Viking has cancelled this trip as well.

The Polaris is one of Viking’s newest cruise ships. It took its maiden voyage in 2022.

The ship offers a number of travel destinations. The passengers on the most recent trip were on its ‘Antarctic Explorer’ itinerary, which departs from Buenos Aires and sails for 13 days around the continent.