Home » Europe » One in 10 smart motorway safety cameras 'not working' 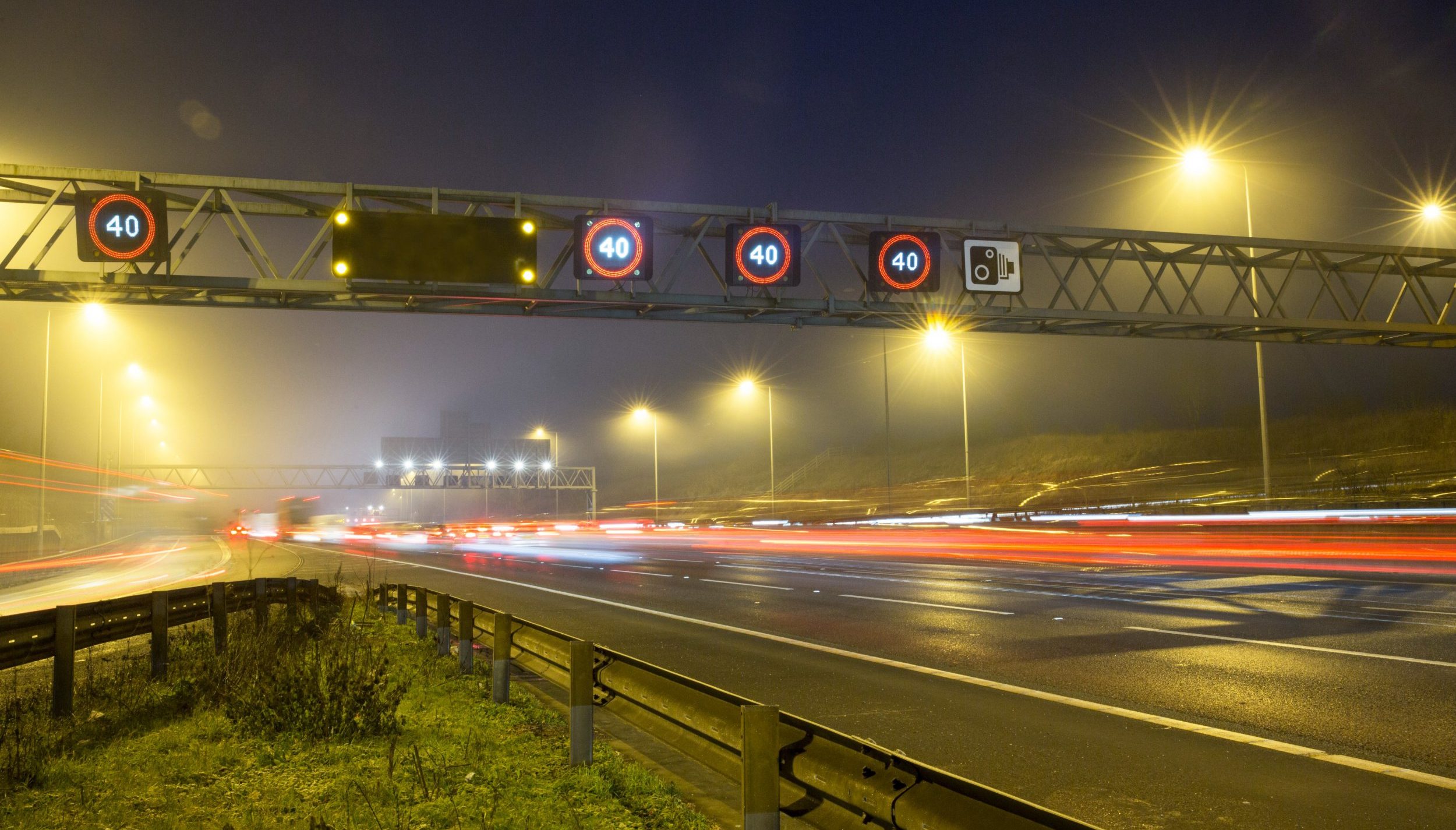 As many as one in ten safety cameras monitoring the UK’s smart motorways are either broken, misted up or facing the wrong way, it has been reported.

The new systems, where the hard shoulder is converted into an extra lane, use a network of cameras to enforce lane closures when motorists break down before they can reach a designated refuge or lay-by.

Operators are said to be forbidden from close lanes unless stranded drivers’ reports are confirmed by highway staff, police, contractors or CCTV.

Workers monitoring the feeds were filmed muttering to themselves ‘we’ve got no signals, you’re all going to die’ and ‘the whole system’s crashed’.

Almost half of the cameras on the M25 smart motorway section and one in four cameras on junction 34 of the M1 were found to have failed on a Friday earlier this month, according to the Mail on Sunday.

A former Tory minister who authorised the rollout of the scheme in 2010 said the report contained ‘real evidence that the current system isn’t working and it’s just too dangerous’.

Other findings included several shutdowns in the software used to close lanes over a six-week period, as well as an average of two technological failures every day over 2020 in one control room.

In emails seen by the Mail, managers referred to CCTV ‘blackspots’ on the M25 smart motorway section – which was converted more than seven years ago.

Responses to Freedom of Information requests have detailed a number of other failures in the technology, including one warning sign of the M25 which was out of action for nearly a year.

The Labour party accused National Highways of ‘putting lives at risk needlessly’ and called for an urgent independent inquiry into road safety.

National Highways, the government company that operates England’s motorways, said it did not recognise the figures reported by the Mail, adding that CCTV cameras’ feeds overlap so that an area can still be monitored if one unit fails.

The body’s chief executive Nick Harris said: ‘We recognise concerns continue to be raised about smart motorways. These upgrades work as a system, with technology, infrastructure and people working together, and data shows fatalities are less likely than on conventional motorways.

‘If there is a problem with any one part of the system, other parts are activated to help keep traffic moving safely.

‘Our traffic officers work around the clock, every day of the year to help drivers and deal with incidents. We are, however, investigating these allegations as a matter of urgency.’

A spokesperson for the Department of Transport said: ‘Road safety is always our top priority. We take these claims very seriously and will ensure National Highways conducts a thorough investigation.’