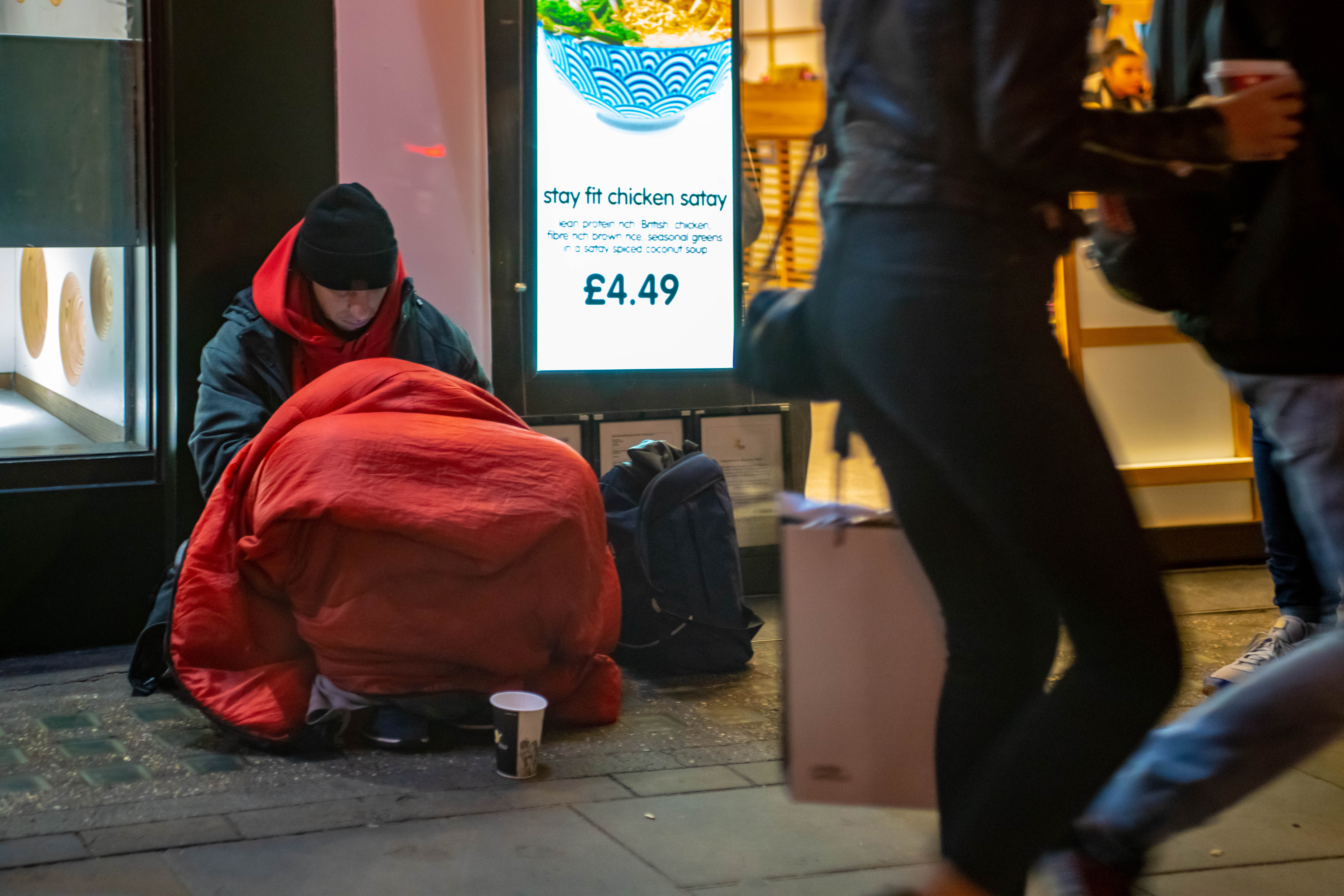 The homelessness rate in London was higher than the national rate for England in 2022, according to new data.

Shelter says one in 58 people in the capital were sleeping rough last year, with London’s borough councils describing the figures as ‘devastating’.

The charity said it is expecting a ‘sharp rise’ in homelessness in 2023 while local authorities call on the government to ensure changes are made amid the Cost of Living crisis.

The charity’s chief executive Polly Neate said: ‘The new year should be a time of hope, but this isn’t the case for the 271,000 homeless people who are facing a truly bleak 2023.

‘A cold doorway or a grotty hostel room is not a home, but this is reality for too many people today.

‘Our frontline advisers are working tirelessly to help people who are desperate to escape homelessness – from the parents doing all they can to provide some shred of a normal family life while stuck in an emergency B&B, to the person terrified of another night sleeping rough.

‘With private rents and living costs continuing to soar, thousands of people are not just facing a winter of worry, they are at risk of losing the roof over their head.

‘At Shelter, we are bracing ourselves for a sharp rise in homelessness in 2023. More than ever, we will be relying on the public’s generosity to help us support and campaign for all those fighting for a safe home.’

Figures from the charity show the rate of homelessness in London last year was nearly three times higher than England as a whole, which saw one in 208 on the streets.

‘Everyone deserves a permanent home, but the chronic shortage of affordable housing in the capital means too many Londoners find themselves homeless and reliant on temporary accommodation arranged by their local council. The numbers are so high they are equivalent to the entire population of a London borough.’