Almost 25% of Britons are unwilling to change key habits that would help tackle climate change, an exclusive poll for Sky News suggests.

The survey, conducted by YouGov, asked participants what they would be prepared to do in order to reduce the country’s carbon emissions.

While 20% said they would be willing to see substantial increases in the price of overseas travel, 13% said they would accept higher costs for meat and other animal products. Just 2% supported increasing heating bills. 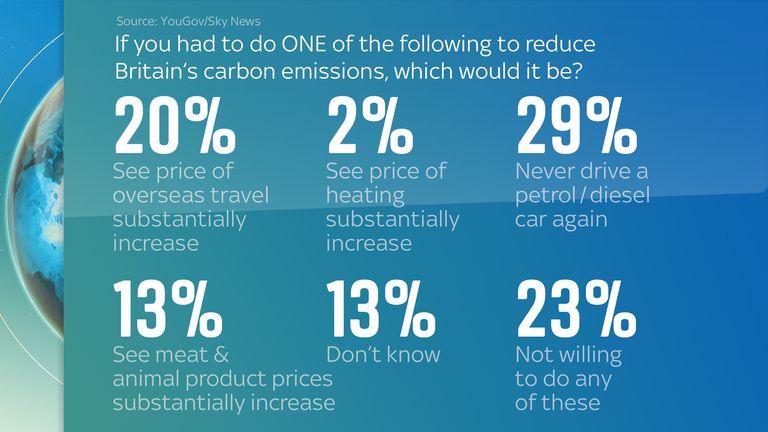 Overall, 29% of those polled said they would be willing to never drive a petrol or diesel car again.

But when confronted with all of these options, 23% of survey participants said they would not be prepared to support even one of these key changes.

The poll showed many Britons have a high level of understanding of climate issues such as renewable energy and carbon footprints, but little knowledge about this year’s COP26 climate conference – with little awareness of climate minister Alok Sharma.

Only 50% of respondents said they supported a ban on the sale of new petrol and diesel cars from 2030 – and 36% were opposed to making air travellers pay greater levels of tax based on how far they fly.

The findings suggest that, while there is a growing awareness of some climate issues, climate change is viewed as a problem for other countries.

In November, the UK will host the COP26 climate conference in Glasgow – a landmark event that comes five years after the Paris Agreement to build a fresh global consensus on limiting emissions. The conference will be presided over by the former business secretary Alok Sharma, but just 3% of those surveyed identified him as the cabinet minister responsible for climate change.

When asked about how climate change affects people’s lives in the UK, 69% of those polled said they did not feel personally impacted.

However, the same amount said they felt other countries around the world have been impacted by the warming planet. 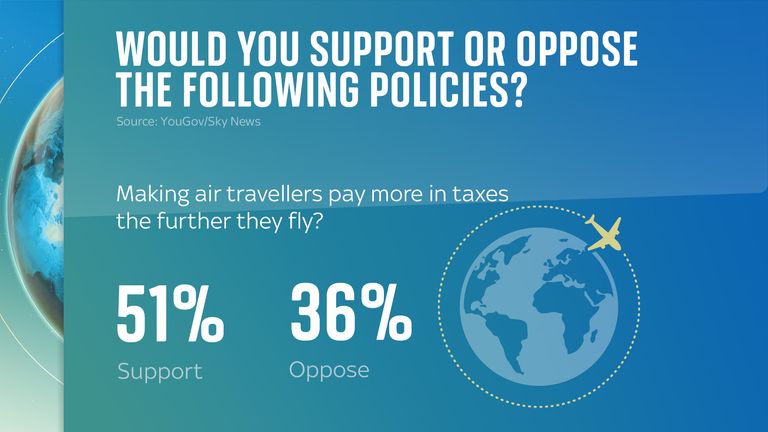 Friends of the Earth told Sky News that the messaging on climate needs to change – helping people realise the benefits that tackling climate change would have on their lives.

The organisation says there needs to be less of an emphasis on the restrictions, changes and economic implications that government policies and lifestyle choices bring. “There’s a clear majority of people who see climate action as a positive thing. And it’s a small minority, I think that are struggling with that idea of having to make sacrifices for the sake of the climate.” 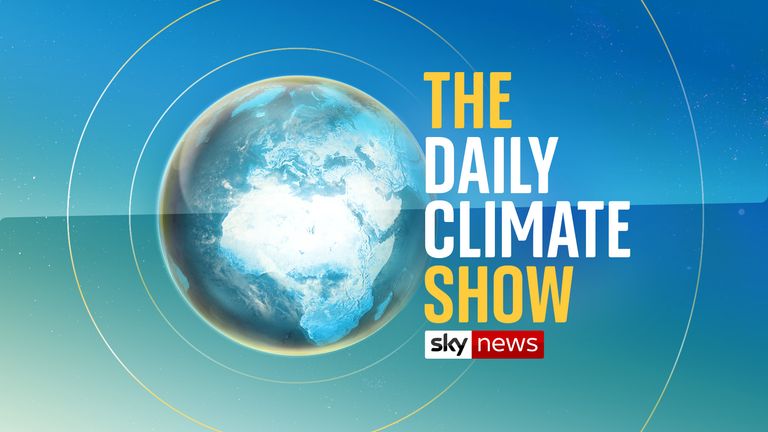 Hosted by Anna Jones, The Daily Climate Show will follow Sky News correspondents as they investigate how global warming is changing our landscape and how we all live our lives.

Airing at 6.30pm and 9.30pm on TV, and on our digital platforms, the show will also highlight solutions to the crisis and show how small changes can make a big difference.