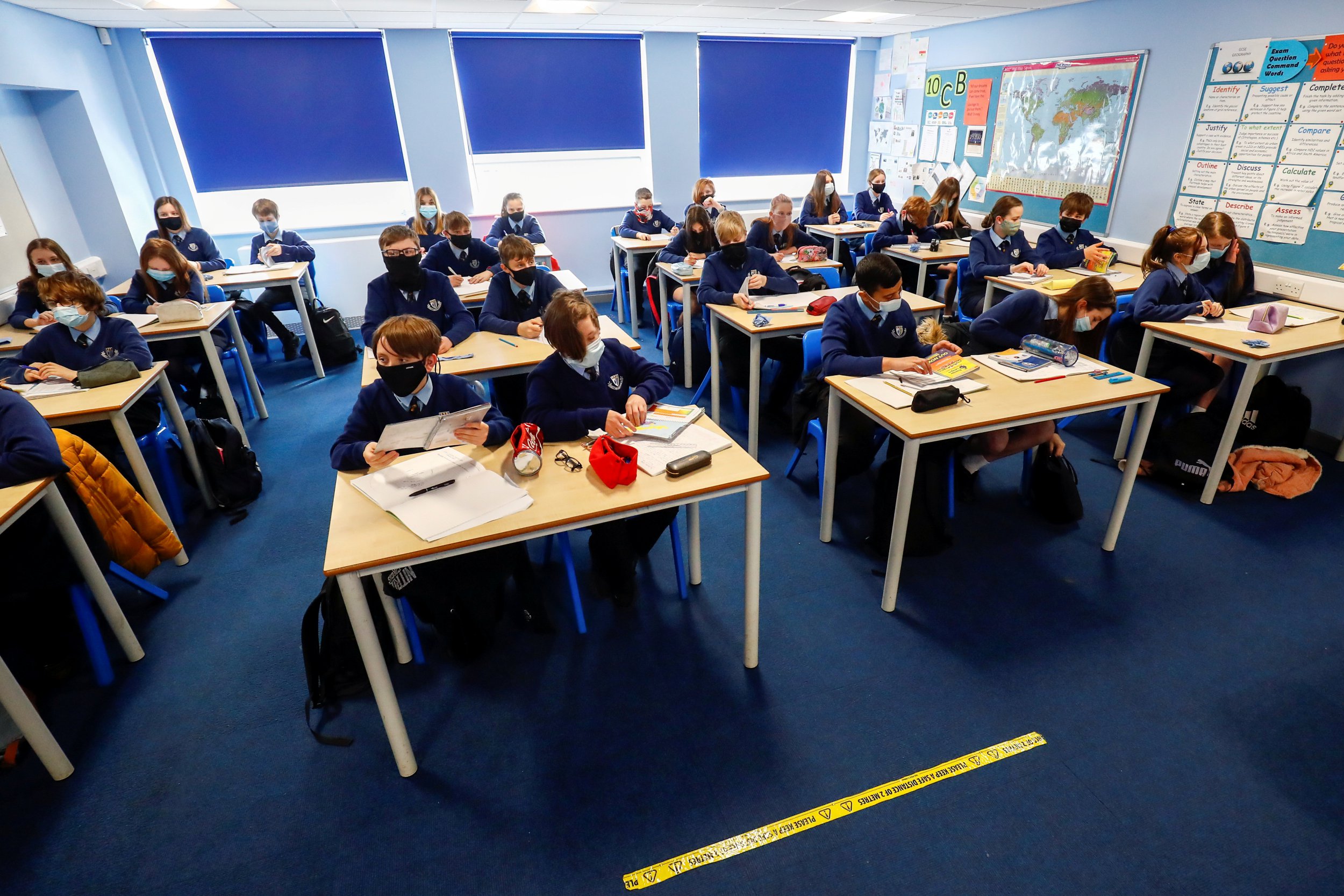 Findings from the world’s largest study on long Covid in under-18s show some young people who contracted the virus suffered headaches and tiredness weeks on.

Up to one in seven children infected with Covid-19 continued to battle symptoms almost four months later, the study found.

Lead author, Professor Sir Terence Stephenson, said he feels ‘reassured’ by the data, which he said shows it is ‘nowhere near what people thought in the worst-case scenario’.

The results of the study will influence the decision on whether the vaccination rollout is to be extended to all 12- to 15-year-olds.

In January, Metro.co.uk reported about multiple cases of children suffering from long-term and severe health problems after contracting the virus.

Those affected included a two-year-old girl who was still seriously unwell nine months after developing symptoms, and previously healthy youngsters who reported being unable to get out of bed.

The major study looked at almost 7,000 children aged 11 to 17, made up of those who had a positive PCR test result between January and March, and a group who tested negative in the same period.

When surveyed around 15 weeks after their test, 14% more young people in the positive group had three or more symptoms, than those who tested negative.

How many children are suffering from long Covid symptoms?

The data suggests that between September and March at least 4,000 – and possibly as many as 32,000 – aged 11 to 17 of the total population who tested positive in England might be suffering from three or more symptoms linked to the infection some 15 weeks later.

Even more, one in 14, or 7%, more in the positive group had five or more symptoms.

While there was little difference in the mental health and wellbeing scores between children who tested positive compared to those who tested negative, researchers said a high proportion in both groups reported being a bit or very worried, sad or unhappy.

Sir Terence, Nuffield professor of child health at the UCL Great Ormond Street Institute of Child Health, said: ‘There is consistent evidence that some teenagers will have persisting symptoms after testing positive.

‘Our study supports this evidence, with headaches and unusual tiredness the most common complaints.

‘The difference between the positive and negative groups is greater if we look at multiple symptoms, with those who had a positive test twice as likely to report three or more symptoms 15 weeks later.’

The Children and young people with Long Covid (CLoCk) research will carry on, with analysis of results at six months, a year and two years from the time of the person’s PCR test.

Sir Terence said that while he is reassured by these early findings, he remains ‘very concerned’ there could be young people who are ‘severely affected’.

He added: ‘That is something that we will return to when we study young people at six months.

‘But there will be some young people who are completely bedridden or remain very short of breath or have daily headaches, and I would not want to diminish that, but we are reporting kind of aggregate numbers.

‘I think overall it is better than people would have guessed back in December.’

Boris Johnson: I’ll get Brexit done and get this amazing country moving again

U.K. says under-40s should be offered an alternative to AstraZeneca’s vaccine.