Home » Europe » One in ten trips to A&E is repeated in a week, figures show 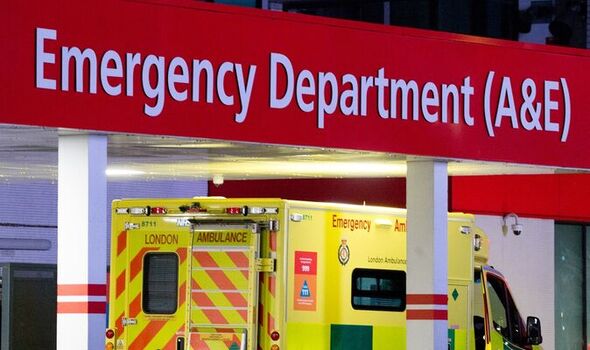 As the NHS marks its 74th birthday today, it emerged the rate of “unplanned reattendances” has risen steadily in the past decade and passed 10 per cent last year. It comes despite a drop in overall numbers during Covid. One cause, experts say, is record pressure on England’s A&E units and long waits to be seen.

Dr Adrian Boyle, vice-president of the Royal College of Emergency Medicine, said: “Some patients with certain conditions may be advised to return and reattend if their condition progresses.

“One consequence of the current pressures and long waiting times is that an increasing number of patients are leaving before they are being seen. These patients may well reattend.”

Dr Boyle said the entire health system was under pressure and staff shortages were causing severe delays in all sectors.

He added: “It’s possible that some patients are attending and reattending emergency departments because they are desperate to be seen.

“They know the emergency departments are always open and that they will be seen there.”

During the pandemic in 2020-21, the number of people making repeat trips fell to 1.4 million.

NHS data showed women in their 20s and men in their 30s or 40s were most likely to reattend. Officials say this may be because older people are more likely to be admitted after their first visit.

At Leeds Teaching Hospitals NHS Trust, 1,565 – nine per cent – of the 17,705 patients who visited A&E in April returned there within a week.

Dr Jason Broch, who chairs the clinical commissioning group that oversees the city’s NHS services, said: “We always say we’ve had a hard winter in the NHS but this year has felt additionally hard because of this increased demand.

“People describe it as a winter like no other.

“There is increased demand, record levels of people at A&E. Every setting is consistently at or above capacity.”

Miriam Deakin, director of policy and strategy at NHS Providers, which represents hospital trusts, said: “It’s staggering to learn there were more than two million A&E attendances in May, the second highest number on record.

“NHS staff are moving heaven and earth to treat patients and to cut waiting times.

“Their hard work is paying off, but Covid-19 hasn’t gone away and demand for care still outstrips what the NHS can provide.”

Ms Deakin says there is a “very real” risk of overcrowding in departments and many hospitals cannot admit patients quickly enough.

She said: “This is largely because they can’t discharge people who are well enough to go home, due to a lack of capacity in social care and a serious shortage of home care workers. Long waits in busy A&E departments are a knock-on effect of the pressure felt across the whole health and care system.”

NHS Providers is calling for more social care support to ease the pressure on A&Es and reduce long waits for patients being transferred from ambulances.

An NHS spokesman said: “Despite treating more than 750,000 Covid patients and dealing with increasing demand across A&E and ambulance services, levels of reattendances remain relatively low.

“This is testament to the hard work and continued professionalism of staff.”

The spokesman said the service was looking at “innovative new ways” to ensure people receive “the right care, in the right place whenever they need it”.