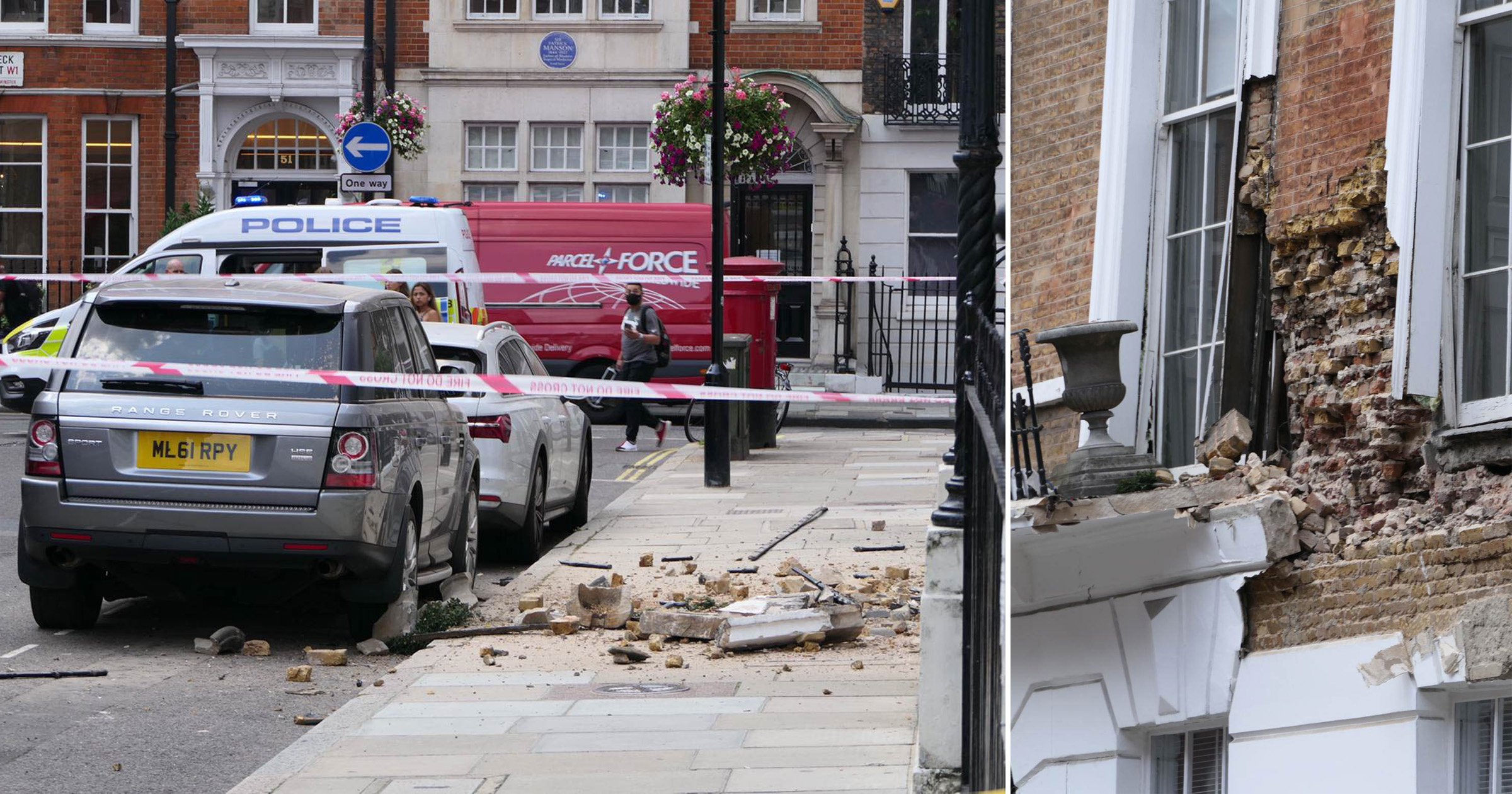 One person was hurt and homes evacuated after a Grade II-listed townhouse partially collapsed onto a pavement in the capital.

The first floor balcony of the terraced property, thought to be priced at around £7 million, crumbled in Marylebone on Wednesday morning.

Some of the brickwork and part of the window frame also tumbled down onto Queen Anne Street as ‘extensive damage’ was caused.

Residents in surrounding properties were told to leave their houses as two fire engines and 10 firefighters raced to the scene.

Roads were closed and a police cordon was put up around the five-storey, six-bedroom house.

A spokesperson for London Fire Brigade said the cause of the dramatic incident remains unknown.

They said they hadn’t heard of anyone being injured, although the Metropolitan Police revealed one person was treated at the scene.

The average value of a flat in the area is £2.4 million, while townhouses are worth around £7 million.

The property was built in 1774, with French composer Hector Berlioz once staying inside.

A spokesperson for LFB said: ‘Half of the first floor balcony of a mid-terrace property had collapsed, with extensive damage to the façade of the building…

‘A 50 metre cordon was implemented and adjacent properties were evacuated.’

In a statement, the Met said: ‘Police were called by the London Fire Brigade at 10:34hrs on Wednesday, 21 July to reports of a balcony collapse on Queen Anne Street, W1.

‘Emergency services attended. One person was treated for an injury. Road closures are in place.’