Prince William urged by expert to 'sort out' issues with Harry

Prince William has been urged to resolve the feud with his brother, the Duke of Sussex, in order to stabilise the public image of the Royal Family. Royal commentator Duncan Larcombe suggested the tension between the two brothers had placed the Royal Family in peril as the monarchy has been reduced to a public perception of constant internal squabbling. The Prince of Wales has been encouraged to sort the rift with Prince Harry in order to show he can “be a leader” as Prince William stands next in line to the throne, after his father King Charles III.

Mr Larcombe said: “He has just become the Prince of Wales, he is going to be our King. It doesn’t look good for him if he can’t sort out the issues with his brother.

“He wants a leadership role, William wants to wear the medals and the stuff on his shoulders – be a leader.

“The Royal Family is being likened to the Kardashians in the way that Harry and Meghan are behaving. They’re being followed around by Netflix, they’re selling out all their royal brand to the highest bidder.”

He added: “That doesn’t mean it’s William’s fault but, for goodness sake William, the onus is not on Harry.” 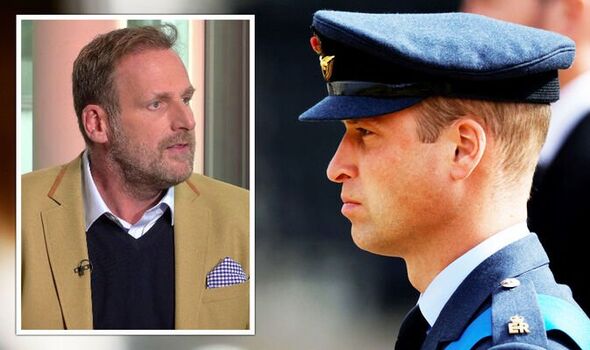 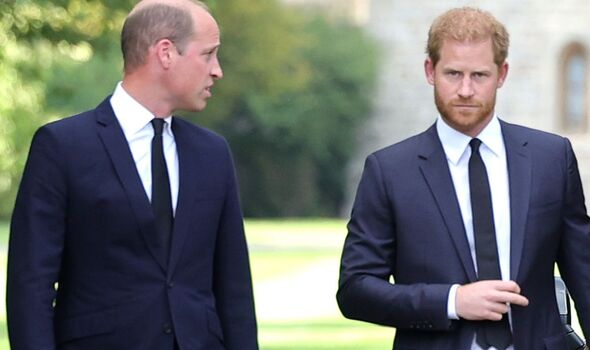 Mr Larcombe claimed, due to Prince William’s senior position within the Royal Family, the responsibility to resolve the tensions with the Duke and Duchess of Sussex fell on his shoulders.

Katie Nicholl, fellow royal commentator and guest on the Royal Beat, has suggested strain in the brotherly relationship was exacerbated after Prince Harry stepped back from royal duties in 2020, a move which forced Prince William to pick up a range of responsibilities.

In her book The New Royals, Ms Nicholl wrote: “It was William who felt Harry’s departure most acutely because of the immediate repercussions on his own life.”

She reported the Prince of Wales has struggled to come to terms with his brother’s decision to depart from the Royal Family due to the impact it had on his own schedule and the later repercussions for his wife, the Princess of Wales, and their children. 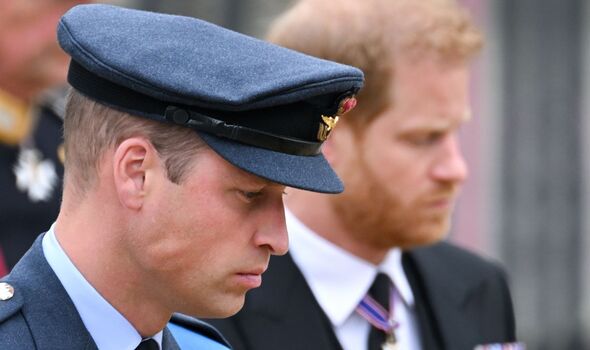 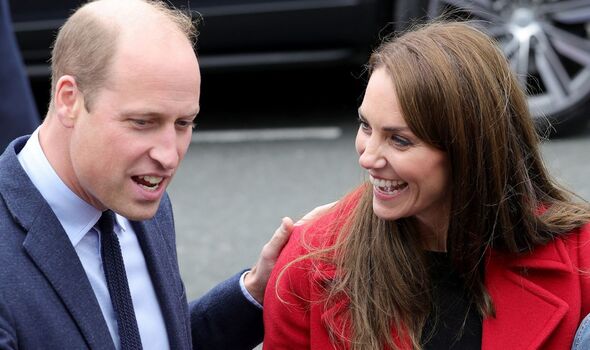 While Prince Harry and Meghan Markle have scarcely visited the UK since their relocation to California, the Duke and Duchess of Sussex were both present at the forefront of public ceremonies following the death of Queen Elizabeth II.

Prince Harry walked alongside his brother during the procession of the Queen’s coffin from Buckingham Palace to Westminster Hall.

During the Queen’s lying in state, both Prince William and Prince Harry appeared together, sombre and striking in smart military uniform, as they stood guard over their grandmother’s coffin.

Prince William had earlier appeared to offer an olive branch to Prince Harry, despite their strained relationship, as the Prince of Wales reportedly invited his brother to join him in a walkabout outside Windsor Castle. 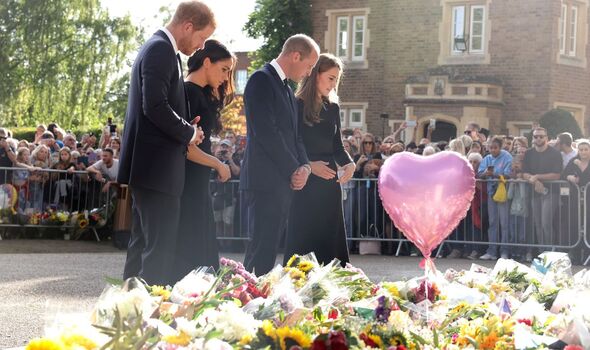 Royal commentator Camilla Tominey wrote in The Telegraph: “Clearly sensing that this was not a time for recrimination but reconciliation, it was as if the 40-year-old father-of-three was trying to reflect his elevated status as the King’s new ‘liege man of life and limb’.

“This was not just a display of older brotherly love – but a statement of his elevation to the House of Windsor’s second-most-senior statesman.”

The Duke and Duchess of Sussex accompanied the Prince and Princess of Wales to greet crowds of mourners in Windsor, marking the first public appearance of the group in over two years.

The Prince and Princess of Wales have also recently moved to a new home on the Windsor Estate, placing them far closer to the UK residence of Prince Harry and Meghan. During their visits to the UK, the Duke and Duchess of Sussex stay in their English home of Frogmore Cottage, a short walk from the new residence of Prince William and his family, Adelaide Cottage.

Royal expert Richard Fitzwilliams told the Daily Express the move should be acknowledged as “certainly family-focused”.

Read next:
King Charles struggled to inform Harry of Queen’s death
Meghan forced to pull out of major awards night and postpone podcast
King Charles ‘playing hardball’ with Harry and Meghan over titles
Charles would issue ‘brave statement’ with cheaper coronation – expert
Presenter outlines reason why he’s fallen out of love with Sussexes