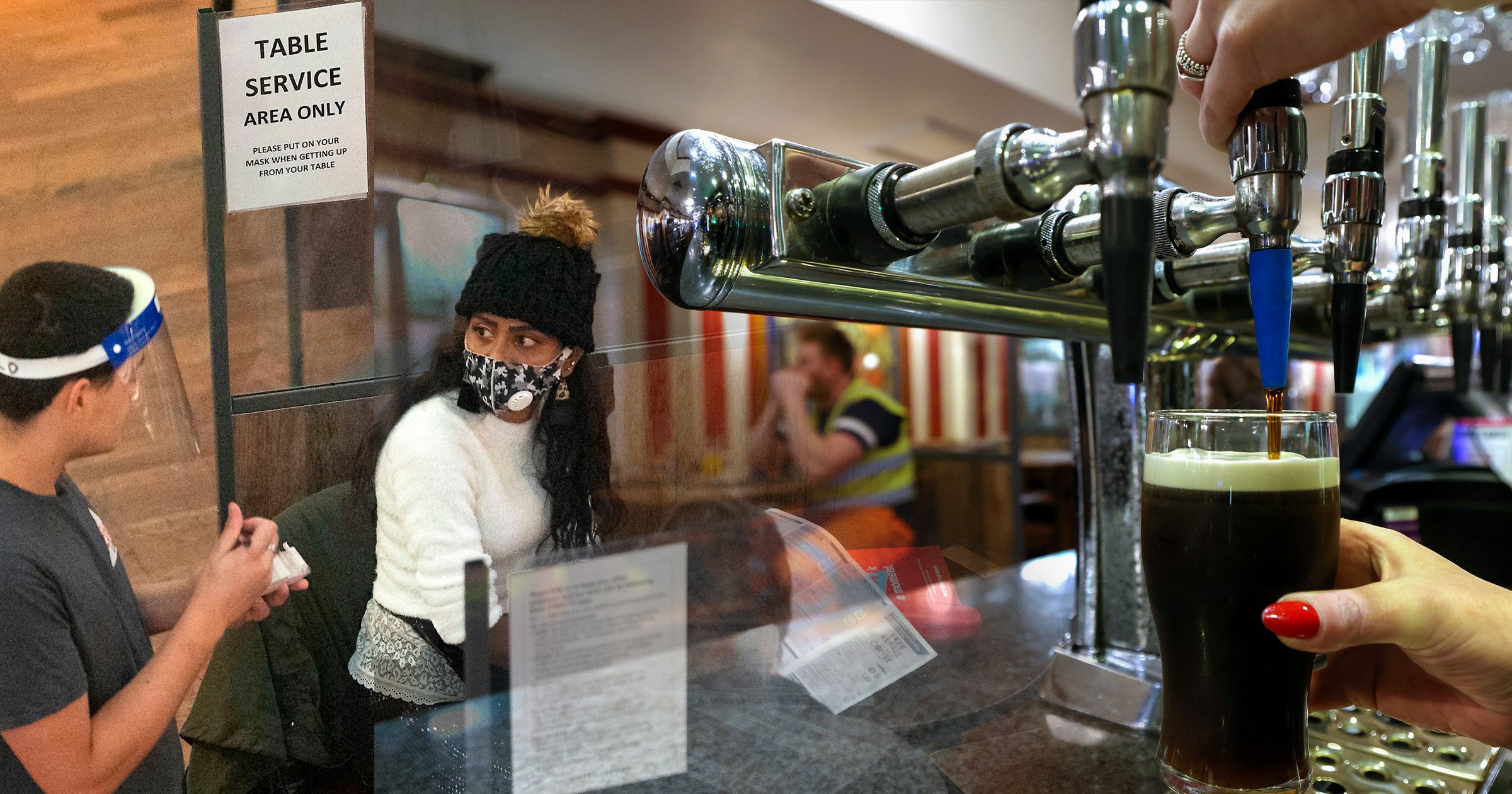 Visitors to pubs, hotels and restaurants could still have to wear a face mask if owners decide to continue the current rules after ‘Freedom Day’.

Hospitality bosses could move to appease ‘reticent’ customers who are nervous about returning to a pre-pandemic way of life, it has been reported.

Cautious councils may decline to lift restrictions if risk assessments find it’s safer to keep them in place.

It means the bar may remain off-limits to punters, who could be asked to stay seated to order food and drinks.

The Government is likely to ditch legal requirements to wear face coverings from July 19, with the onus placed on individuals to ‘exercise judgment’ to protect themselves from coronavirus.

The softer stance, expected to be announced by Prime Minister Boris Johnson this afternoon, threatens to open up divisions among the population.

The chief executive of lobby group Hospitality UK, Kate Nicholls, told the Telegraph: ‘There’s going to be customers who are expecting everything to fall away and there’s going to be places that they won’t be able to do that.

‘I think there might be a temptation of local authorities, that needs to be resisted, to put in place actual fixed regulations or rules that are more restrictive than they need to be.’

Transport for London has indicated that it could listen to customers and set its own rules if the Government removes laws on wearing masks on public transport.

TfL commissioner Andy Byford said: ‘What our customers have said is that they want to see a clean, safe, orderly environment.’

Trade union Unite, which represents tens of thousands of public transport workers, said making masks voluntary on trains and buses would be an ‘act of gross negligence’.

The union’s national officer for passenger transport Bobby Morton said: ‘Rates of infection are continuing to increase and not only does mask-wearing reduce transmissions, it helps provide reassurance to drivers and to passengers who are nervous about using public transport.

‘The idea of personal responsibility and hoping that people will wear masks is absolutely ridiculous.’

Even Government ministers have different takes on the easing of restrictions.

Housing secretary Robert Jenrick said he plans to ‘get rid’ of his mask after July 19 if the rules allow.

But care minister Helen Whately said she might wear one in crowded spaces such as on a train.

Wales, meanwhile, will not be rushed into making a decision about scrapping coronavirus restrictions, despite England’s plan.

Welsh health minister Eluned Morgan insisted the Welsh Labour government will be ‘following the data rather than following the politics’. An announcement is due on July 14.