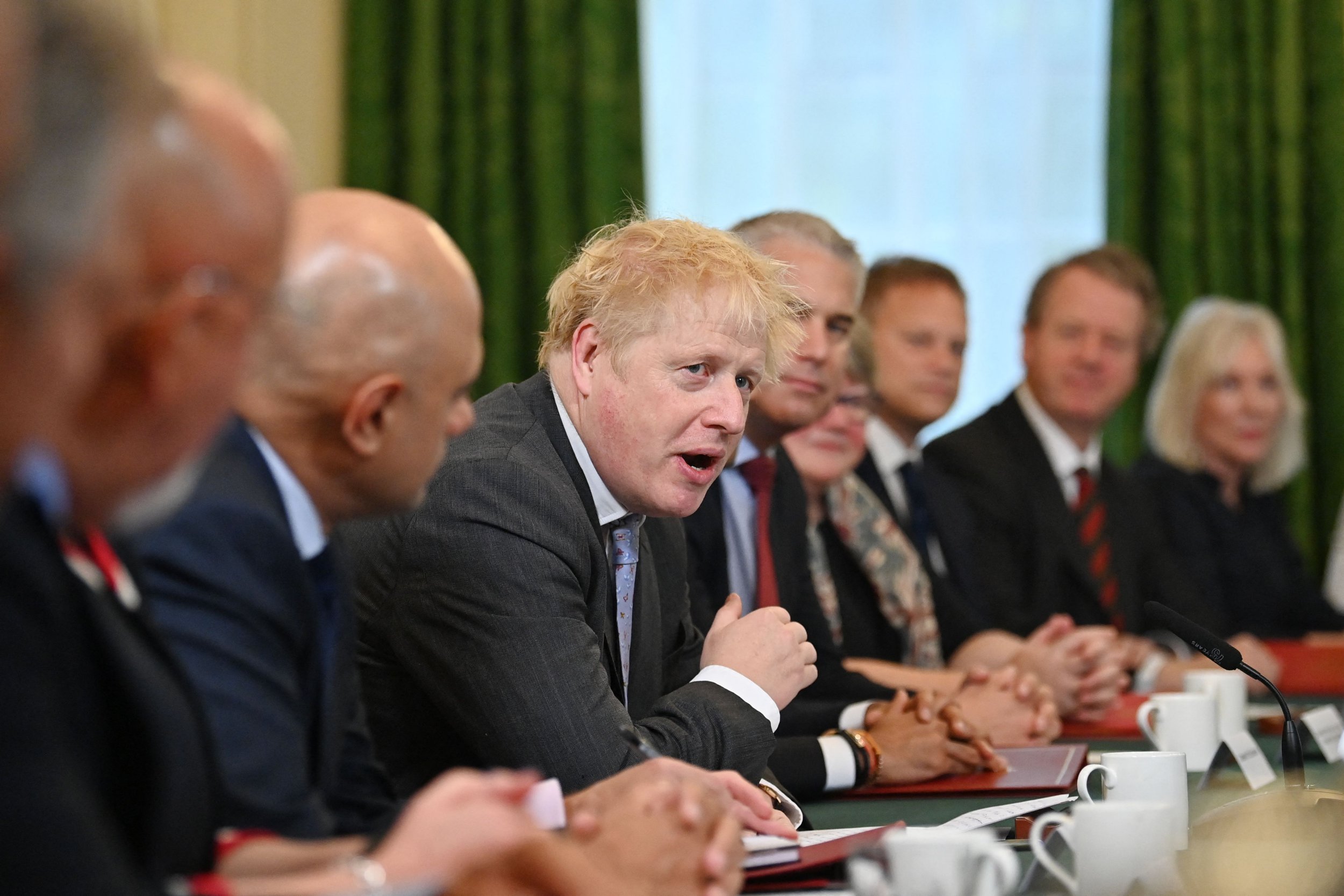 Satire is no longer dead – it has risen from its grave and reshuffled the cabinet.

Boris Johnson seems to have made some bizarre moves with his political game of snakes and ladders, and placed his ministers according to his whim, rather than a way that makes any kind of logical sense.

I have never fully understood cabinet reshuffles, as I’ve witnessed so many unpalatable, dusty or past-their-sell-by-date politicians recirculated and repurposed rather than removed altogether.

Yet, politicians who have little to no experience in a certain field can simply be plucked from their current department and placed into another one where, presumably they can do a better job – or as I suspect – cause less damage.

Unfortunately for Gavin Williamson, but fortunately for students everywhere, he was expelled from his post as Education Secretary after a disastrous couple of years seemingly playing truant from all responsibilities. This is the only cabinet rearrangement that makes sense to me.

As for the rest…

Well, how do you feel about a Justice Secretary who once said he doesn’t support the Human Rights Act, nor did he believe in social or economic rights? Because that’s what we’ve now been subjected to, in the form of Dominic Raab.

When Justice calls, it’ll be put straight through to voicemail because Dom’s probably on holiday, sunning himself on a beach that is very much open and a sea that is very much closed, following his explanation of the mismanagement of the Afghan refugee emergency.

Nadhim Zahawi has been promoted to Education Secretary, which is a relatively inoffensive move as he seems to have done a competent job of the vaccine rollout in his previous role as vaccine minister. But it seems foolish to change the leadership of the rollout at a crucial point in the pandemic, as we enter our second winter, with only the vaccine as protection, and a decent chunk of the population yet to be convinced to take it.

Michael Gove has been moved to the Ministry of Housing, Communities and Local Government, or MHCLG to his mates, and is set to be in charge of the Government’s levelling up agenda.

‘Levelling up’ seems to be something Bojo just made up in a speech once and it sounded so good the Tories have spent two years trying to figure out what on earth it means without much luck.

As a northerner, I hoped that leveling up would mean that the Government would focus efforts to improve economic, social and educational outcomes not only in my hometown of Blackpool but in other areas often overlooked by Whitehall. Will Gove prove to be an ally to northern towns and its residents?

Well, considering he’s called us ‘dirty, toothless northerners’ in the past, I doubt it.

Nadine Dorries’ promotion to Secretary of State for Digital, Culture, Media and Sport was probably the most infuriating move of the lot, making me question whether Boris’ tactic here is to put someone completely incompetent in the firing line so he can play the hero when he fires them further down the line?

Dorries – who will now be in charge of digital and cyber security – once tweeted that she gave out her password and login details to other people working in her office, even to visiting interns, filling me with much confidence in the UK’s digital future. A tenner says her password is password.

As culture sec, you’d hope that Nadine would have a progressive and inclusive approach to all forms of culture in the UK. But no, it would appear that Nadine opposed same-sex marriage – although she’s since said she regrets it – and thinks left wing snowflakes are ‘killing comedy’, ‘tearing down historic statues’ and ‘removing Christ from Christmas’.

I’m fairly sure it was capitalism that removed Christ from Christmas, and as for historic statues, if only someone could produce a bronze sculpture of the moment when Dorries ate ostrich anus on I’m A Celeb, then she might accept that there are moments from our past we are not proud of, nor do we want displayed on a plinth.

God help us all.

Regardless of your political leanings or persuasions, whenever there is a cabinet reshuffle of any kind, an increasing number of members of the public seem to clock on to just how flawed our political system appears to be.

No matter how competent and compassionate a minister may be, surely there are huge pitfalls to be found in placing them in charge of a department completely alien to them.

It’s the equivalent of a school headteacher having a mix up every couple of terms and deciding that the head of history will now teach A-level art, or the PE coach will take charge of further maths. It doesn’t matter how much of a good teacher – or minister – you are, familiarity with the subject is surely vital.

If a politician can be placed into such high-ranking and critical positions on the whim of a PM, rather than on qualifications or experience in that field, then one must question the stability and efficacy of our political system.

Slovenia added to quarantine list with Thailand and Singapore removed