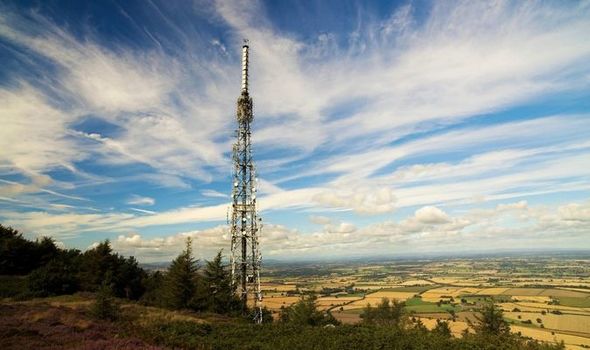 Sports clubs, farmers, charities, churches, hospitals and community groups across the country face the monster drop in income because of a change in the law.

Telecom companies have used rights given to them in the 2017 Electronic Communications Code to cut funds at a time when many community groups are already facing hardship.

Some operators are accused of using aggressive tactics – in some cases bullying – to force landlords to accept the new terms or face court.

Former Labour MP Anna Turley, 43, chairs the Protect and Connect campaign calling for a thorough review of the impact of the 2017 code.

Since launching earlier this year, the group has amassed the backing of more than 1,000 site owners.

Ms Turley said: “These large corporations, who are making massive profits every year, have been given the powers to essentially slash these rents.

“As well as the financial cut and the impact on their ability to run their services or continue the sports facilities, there’s actually a principle here which is that there’s a real imbalance of power.

“The Government in 2017, through this code, has given all the power to these companies to basically decide to pay whatever they want to pay.

“Now, that’s a very unfair balance of power. That’s not a discussion or a market negotiation, that’s just giving all the power to the major companies.”

There is also growing concern that the rent cuts will hinder the rollout of 5G across the country, with many smallholders threatening to remove masts from their land.

The campaigners fear the new Product Security and Telecoms Infrastructure Bill – due before Christmas – could compel sites to continue hosting masts despite the rent reductions.

Rent cuts are an ‘utter disgrace’

Furious Kathryn Bradshaw says it is a “complete and utter disgrace” that facilities for communities will lose thousands of pounds out of their rent for hosting masts.

Kathryn, 70, is secretary for Fox Lane Sports and Social Club, which has received £7,800 a year as rent for an EE mast. Two years ago they were informed this will plummet to £780. Kathryn said the club in Leyland, Lancs, may fold without the funding they have received for 15 years.

“If you don’t want to pay us the money, take your mast and put it somewhere else.”

The club plans to take down the mast if they are not paid adequate rent, she added.

EE said: “We work hard to ensure good relationships with our landlords. We share the common interest of delivering modern communications that support them and the communities in which they are based.”

The country badly needs fast 5G. But it can’t happen without new mobile phone masts being built on land and buildings across the UK.

Right now, the owners of these sites get cash for hosting telecoms firms like Vodafone and EE. But the Government has made a big mistake by passing a law that will leave them out of pocket.

There are around 33,000 of these sites and most are owned by small businesses, farmers, sports clubs, churches, hospitals and councils.

They used to get a fair deal from mobile phone giants. But now they are now facing rent cuts of over 90 per cent – and being sued if they refuse.

The upcoming Product Security and Telecoms Infrastructure Bill could compel community groups to continue hosting masts despite the draconian rent cuts. And it may let companies force the property owners who dispute the new figures to repay thousands of pounds in rent.

Mobile operators’ aggressive behaviour is slowing the rollout of faster mobile connectivity while also damaging sports clubs, the NHS and farmers to the tune of over £209million a year in lost income and legal bills  they cannot afford.

We need to restore a sense of fairness on this issue. Mobile phone firms should pay fair prices.