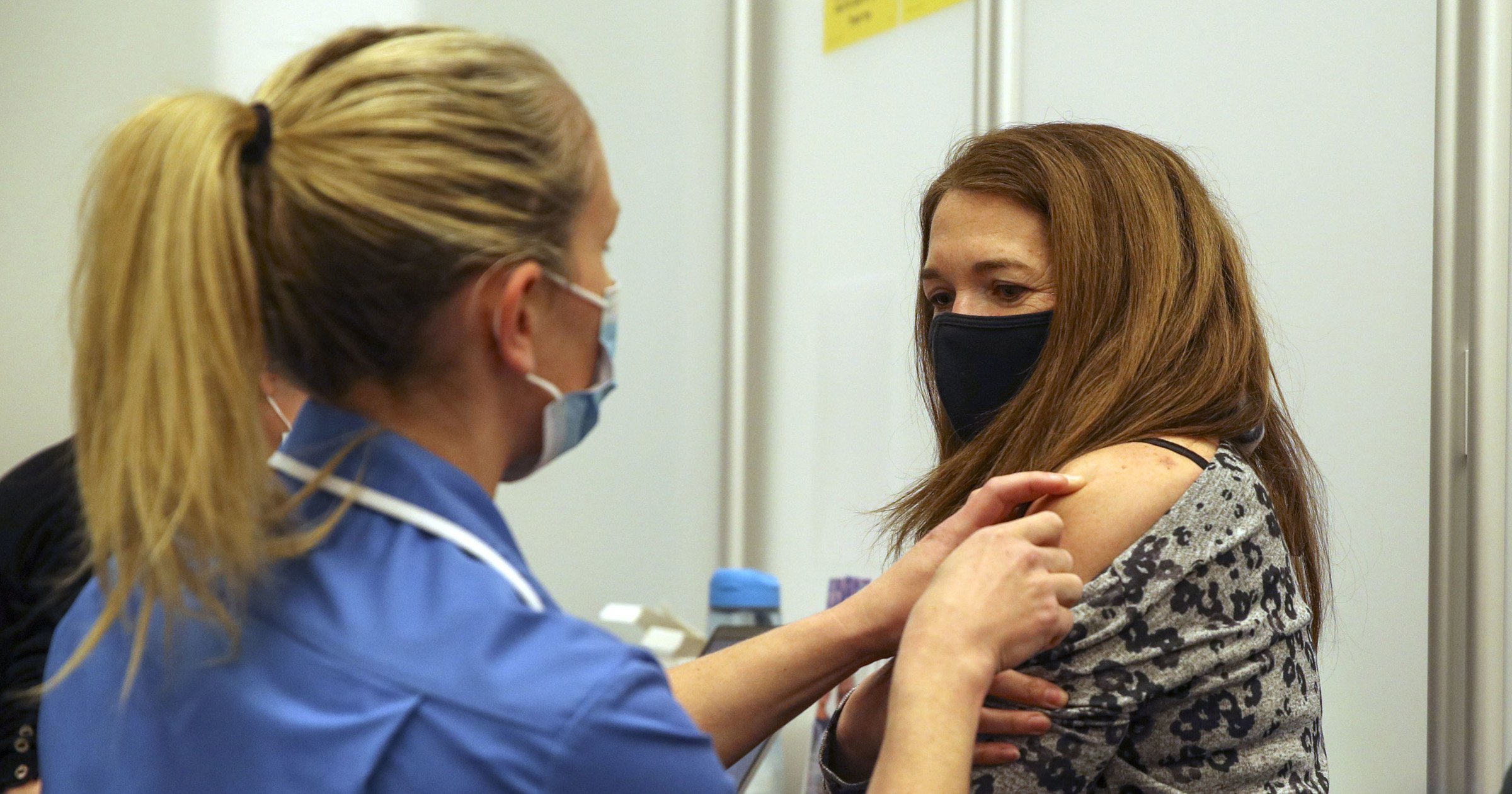 People aged 35 and over are set to be offered Covid-19 jabs within days, Matt Hancock has said.

The Health Secretary confirmed the vaccination programme would be opening up to more people ‘this coming week’ during an appearance on BBC’s Andrew Marr Show this morning.

At the moment, 38 and 39-year-olds and older are eligible to arrange their jabs.

Hancock said vaccinations were being sped up amid concern over a new more transmissible variant first identified in India.

In Blackburn and Bolton, the B.1.617.2 variant is thought to have driven a doubling of infections over the past seven days and it is set to become the dominant strain in the country.

Hancock said: ‘This coming week we’re going to be opening up vaccination to the 35s-and-over across the country because this isn’t just about accelerating the vaccination programme in Bolton, it’s about going as fast as we possibly can nationwide.’

Hancock confirmed a fully vaccinated person had been hospitalised in Bolton after contracting the Indian variant but added they were ‘frail’.

The army has been deployed in Bolton to help hand out tests and curb the spread of the virus, following a 158% surge in infections.

The Health Secretary said mandatory vaccinations in areas seriously effected by the Indian variant was not the ‘right approach’ and instead they would make jabs easier to get in those regions.

Hancock did not rule out local lockdowns to control outbreaks in the future.

Meanwhile, Prime Minister Boris Johnson has been criticised for not banning travel from India sooner, with the emergence of the new strain threatening to delay the final easing of restrictions on June 21.

Hancock said it was too early to say if the new strain would affect next month’s date,

Tomorrow the UK will see new freedoms regarding household mixing, weddings, and hospitality, in the latest step of the Government’s roadmap out of lockdown.

PSNI: The murder of Lyra McKee was 'not done to further any cause – this will have achieved nothing other than to plunge a family into grief'