LONDON (Reuters) – British Prime Minister Boris Johnson said on Tuesday it was up to the EU to decide whether it wanted to delay Brexit and for how long, after a defeat in parliament made ratification of his deal by the Oct. 31 deadline almost impossible.

As the clock ticks down to the deadline for Britain’s departure, Brexit is hanging in the balance as a divided parliament debates when, how and even whether it should happen.

In another day of Brexit drama in the 800-year-old Westminster parliament, lawmakers handed Johnson the first major parliamentary victory of his premiership by signalling their support for his deal in an early legislative hurdle.

But that was overshadowed just minutes later when parliament defeated him on his timetable to rush the legislation through the House of Commons in just three days.

Lawmakers voted 329 to 299 in favour of the second reading of the legislation for the deal – still no guarantee of success since the bill could be amended by lawmakers who want changes.

They then voted 322 to 308 against Johnson’s extremely tight timetable, which the government has repeatedly said is necessary to reach Johnson’s target of leaving on Oct. 31.

“I must express my disappointment that the House has yet again voted for delay,” Johnson told parliament.

The next step, he said, would be waiting for the EU to respond to a request to delay the Oct. 31 Brexit date, which Johnson reluctantly sent to Brussels on Saturday after being forced to do so by lawmakers.

“The EU must now make up their minds over how to answer parliament’s request for a delay,” he said. “The government must take the only responsible course and accelerate our preparations for a no-deal outcome.”

Johnson was forced by opponents into the humiliation of asking the EU for the delay after vowing he would never seek one, but had still hoped to make the request unnecessary by passing the Brexit law fast enough to leave on time.

“I will speak to EU member states about their intentions, until they have reached a decision we will pause this legislation,” Johnson said. “Let me be clear, our policy remains that we should not delay.”

The EU has not yet formally responded to Johnson’s unsigned photocopy of a letter asking for more time. 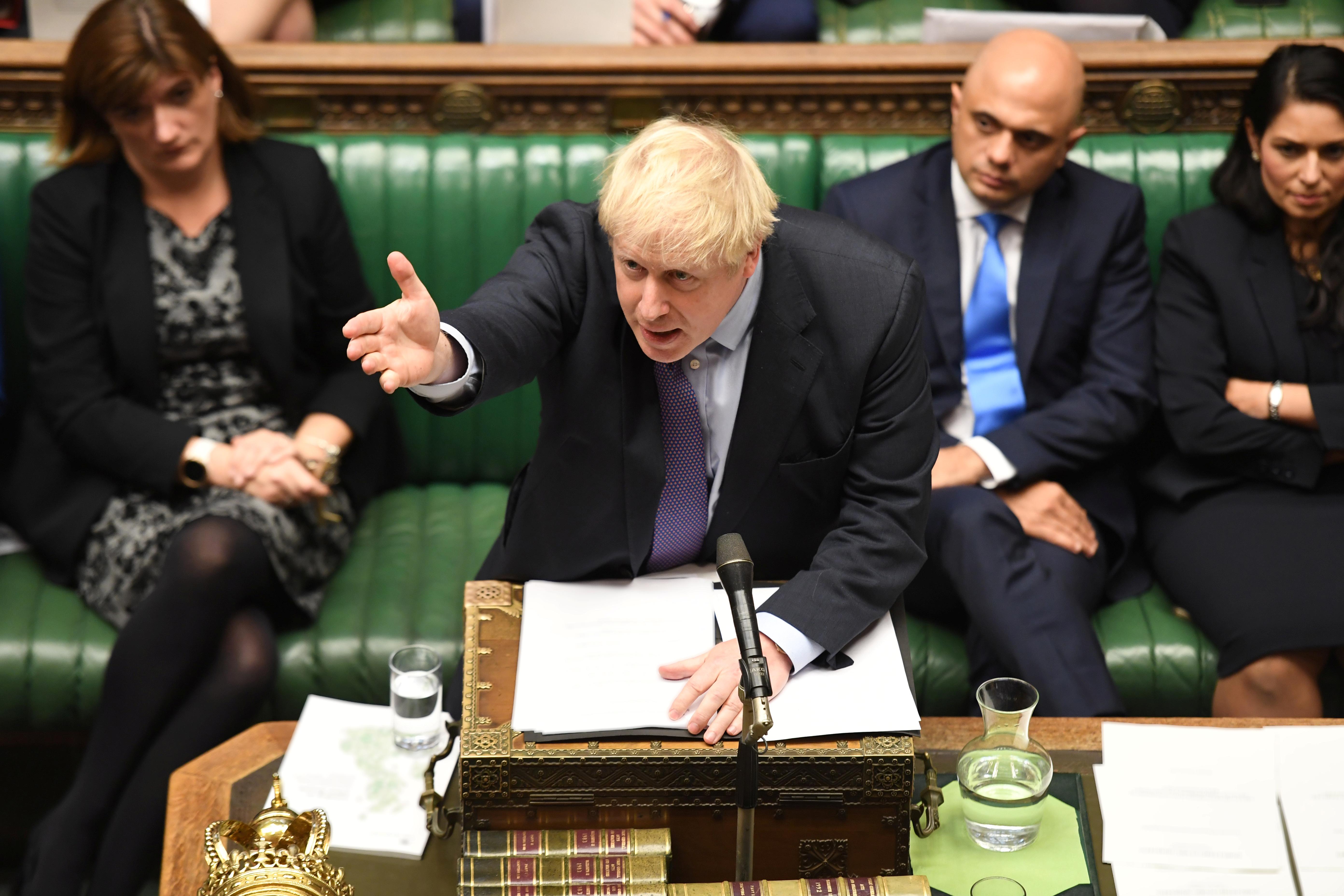 The length of any extension could decide the course of Brexit: a long delay would allow opponents of the divorce to push for another referendum. A short delay might increase pressure on parliament to approve a deal.

The European Commission took note on Tuesday of the vote in the British parliament and said it would wait for London to tell it what’s next.

“European Council President (Donald Tusk) is consulting leaders on the UK’s request for an extension until 31 January 2020,” she said. A spokesman for Tusk declined comment.

Senior EU officials said the 27 countries that would remain in the EU after Britain leaves would “certainly not” react immediately. “We stay calm,” one senior diplomat said.

“We will now await further developments from London and Brussels about next steps including timetable for the legislation and the need for an extension,” Varadkar said.

Ahead of the vote, Johnson had warned parliament that if it defeated him on the timetable and forced a delay until January then he would abandon his attempt to ratify the deal and push for an election instead under the slogan of “Get Brexit Done”.

In his statement after the votes in parliament, Johnson did not mention an election. Johnson would need the support of parliament to call one. 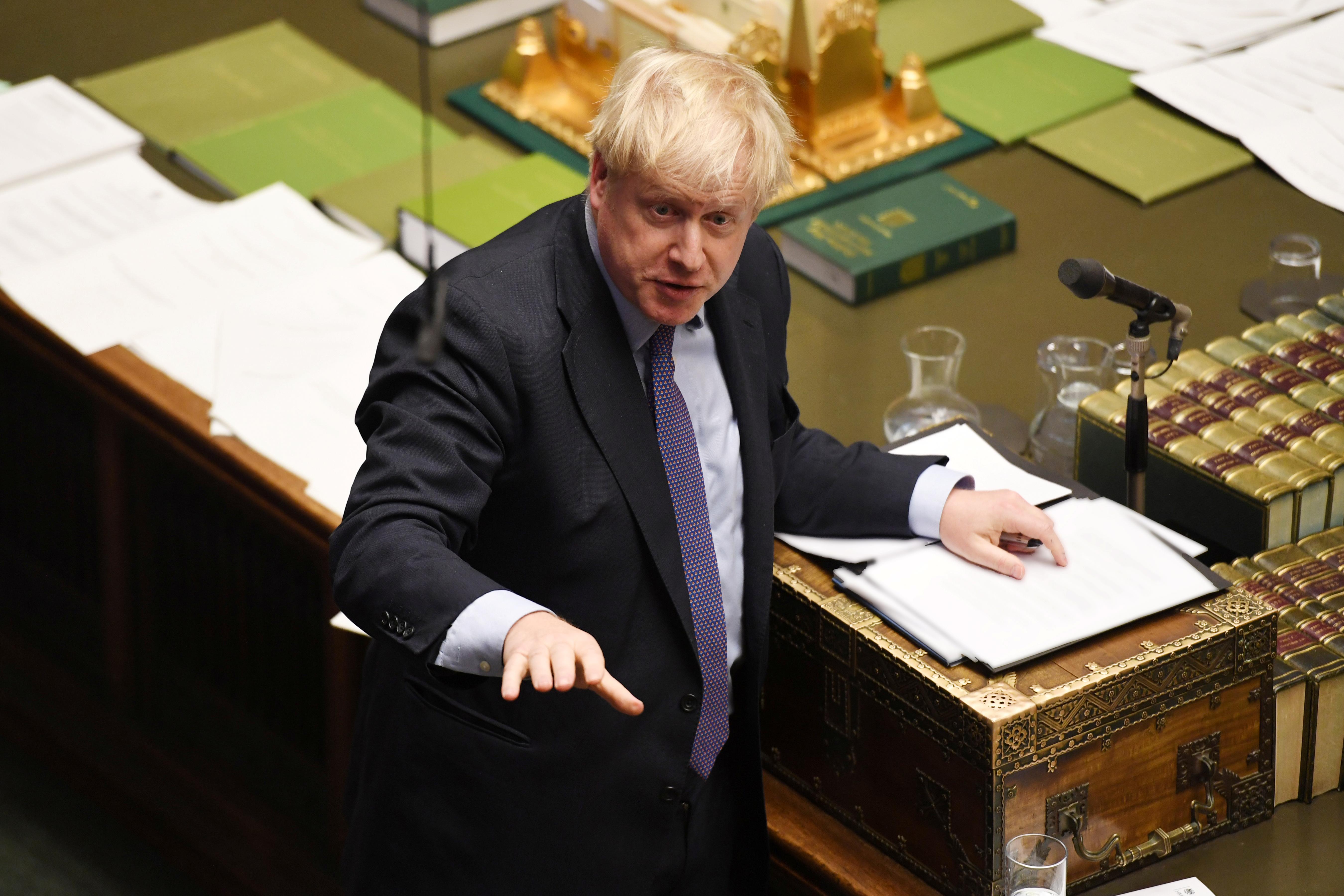 Opposition Labour Party leader Jeremy Corbyn called on Johnson to work with other parties to ensure a reasonable timetable to discuss the deal. Some in the Labour Party expect a short extension, with Brexit being resolved and then an election within months.

Behind the daily Brexit combat in parliament, in the courts and at late-night EU summits, a much bigger game is being played over whether Brexit will happen at all.

Johnson faces legislative booby traps at every juncture, but the opponents of Brexit are also deeply divided – one of the reasons their campaign to “Remain” failed in the 2016 vote.