Ms Davies, 24, was last seen walking north along London Road, Croydon, on July 7. Concerns had been growing for her safety. But Detective Chief Inspector Nigel Penney from the force’s Specialist Crime Command said today: “This is clearly the outcome we were hopeful for – the finding of the missing lady, Owami Davies.”

He added: “I’d like to say she has been found safe and well outside the London area in the county of Hampshire and she’s currently with specialist officers from my team.

“She looks in good health, she’s in a place of safety, and not currently in the vulnerable state that we were led to believe she was in at the start of her disappearance.”

Met Commander Paul Brogden said all aspects of the investigation are now to be reviewed to assess whether there is any learning that the force needs to take in how Ms Davies’ case was handled.

Despite five arrests and numerous appeals for information, officers were struggling to locate Ms Davies as they trawled through 117 reported sightings.

Detectives said on Monday Ms Davies could be sleeping rough with no money on her Oyster card and no access to her phone or bank cards.

This was one working hypothesis, the Met said, adding officers were keeping an open mind as to all the possibilities.

But after a member of the public responded to a media appeal, they were able to locate her today.

Ms Davies had last been seen on July 7 after leaving her family home in Grays, Essex, on July 4. She had told her mother she was going to the gym.

READ MORE ABOUT A BRUTE WHO STARVED A DOG TO DEATH 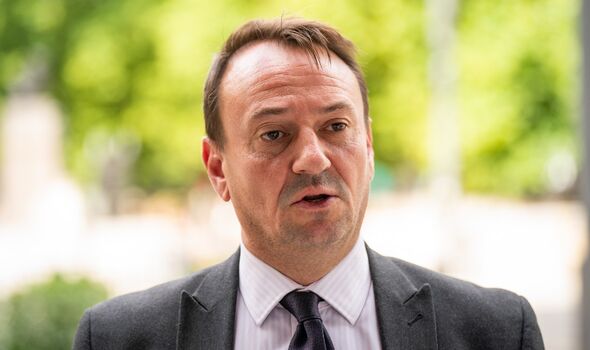 She was found asleep in a doorway in Clarendon Road, Croydon, on July 6, while waiting for a friend, but told Metropolitan Police officers she did not need help and left.

Her family reported her disappearance, but Ms Davies had not been marked as a missing person on the police database at that time.

Mr Brogden said this would be among the aspects of the case to be looked at in the review of the investigation.

Watchdog the Independent Office for Police Conduct is considering whether to investigate the police contact with Ms Davies on that day.

The missing persons investigation was passed to the Metropolitan Police from Essex Police on July 23 and taken over by the Specialist Crime squad on August 1.

About 50 officers have worked on the investigation with advice from the National Crime Agency. The operation involved the task of trawling through 50,000 hours of CCTV footage.

The five people arrested in connection with her disappearance – two on suspicion of murder and three on suspicion of kidnap – were bailed, but police said there was no evidence Ms Davies had come to harm.

Officers confirmed today all five were released but remain on police bail, with a decision as to what will happen next following a “full debrief”.

Mr Brogden and Mr Penney said they were “ecstatic” at the outcome of the case, with the Met Commander adding: “More importantly I’m pleased for Owami’s mother and her brother.”

Zara Tindall children: A look at young royals Mia and Lena – How old are they?