It comes three weeks after Oriel College’s governing body ruled that the controversial statue of Rhodes will not be taken down from the college. Rhodes, a British imperialist who founded Rhodesia, supported apartheid-style measures in southern Africa. Tim Loughton, a former education minister, accused the dons of displaying “unbelievable arrogance”, saying: “This is academic blackmail by a group of academics who think their own political views should trump everyone else’s.” 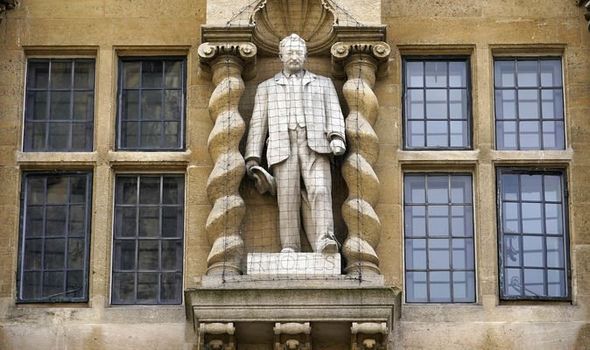 Meanwhile, the president of an Oxford college where students voted to remove a photo of the Queen is aiding an attempt to ban same-sex marriage.

Her input emerged after the Daily Express revealed how postgraduates in Magdalen’s Middle Common Room said the monarch’s portrait made them feel “uncomfortable”
as she “represented colonialism”.

The motion to remove the picture was tabled by US lecturer Matthew Katzman, 25.

The son of a high-flying lawyer, he went to the same school in Washington as Barack Obama’s daughters.

Coronavirus: Why the elderly and those with long term health problems are most at risk