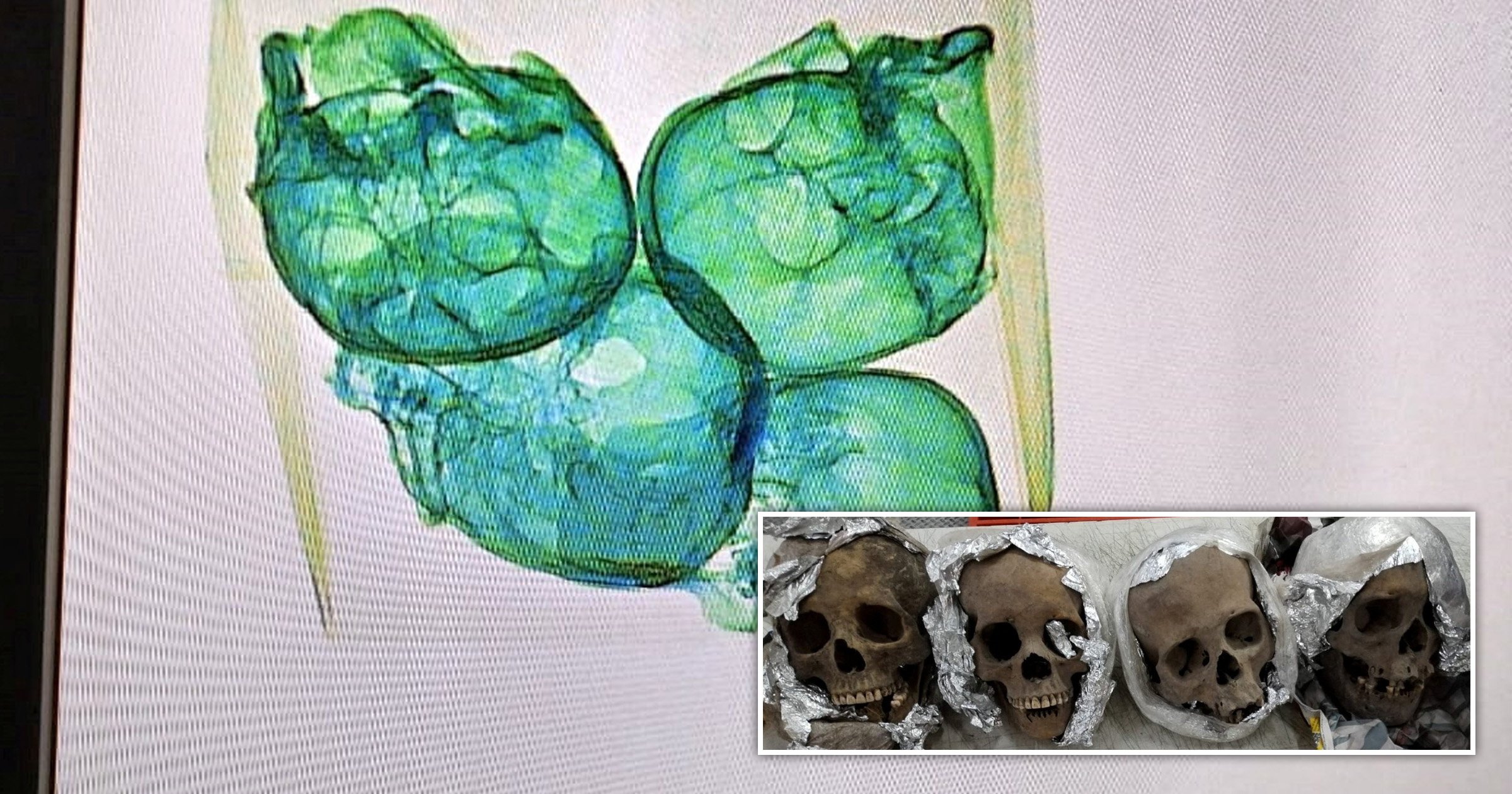 The ominous discovery was made at Querétaro International Airport in central Mexico, about 130 miles northwest of Mexico City.

The package was discovered while members of the Mexican National Guard were scanning parcels being shipped by a third party company.

After searching the package, the inspectors discovered four human skulls, each wrapped in transparent plastic and aluminum foil, placed in a cardboard box. The investigators also noted that the package did not have sanitary registration required for those shipping human remains.

The National Guard provided no further details about the identities of the remains found in the package.

The package was shipped from Apatzingán, a city of about 100,000 people in the southern Mexican state of Michoacán. It was bound for Manning, South Carolina – a town of less than 4,000 people.

Michoacán is one of the most violent states in Mexico, and the US State Department advises Americans against traveling there for any reason.

‘Crime and violence are widespread in Michoacán state. US citizens and LPRs [lawful permanent residents] have been victims of kidnapping,’ the State Department warns.

The State Department also bars US government employees from traveling in Michoacán, and limits their movement only to the business areas of Morelia and Lazaro Cardenas.

2022 proved to be a violent year for Mexico, which saw over 26,000 murders. Additionally, over 100,000 people have been declared missing since the government began a military campaign against organized drug cartels in 2006.

In some cases, the violence has spilled over across generations. In September, a mother was found murdered in Sinaloa. She was part of a volunteer group searching for the victims of cartel violence – which included her son, who went missing three years prior.