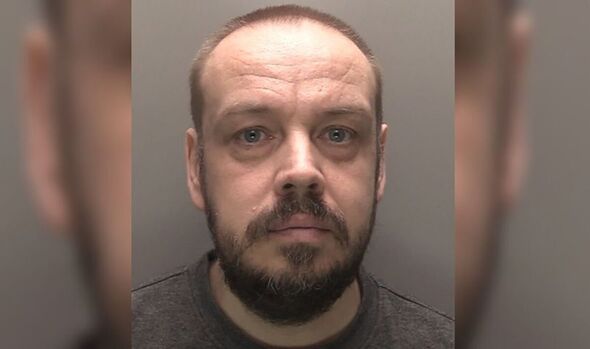 A lewd paedophile took Lego Star Wars sets and a toilet brush to a sordid meetup at a Costa Coffee.

Mark Edwards, 50, brought the gifts and a sex toy, among other troubling items, to the coffee shop – where he had hoped to meet with the parents of a seven-year-old boy, whom he planned to rape. A court heard the convicted sex offender used the pseudonym Daddy4Young on an online fetish forum as he sought out young victims to abuse.

But the paedophile was subject to a sting set up by Merseyside Police. Officers created a profile on a sex fetish and sadomasochism website and posted in a group on the chatroom saying he was “curious about kinks”.

Edwards, going under the username “Daddy4Young”, contacted the decoy saying he was “interested in talking to a fellow paedophile” and was particularly interested in children aged between seven and 13.

And he was arrested at the coffee shop in Edge Hill, Liverpool, after travelling more than 80 miles from his home in Wolverhampton, West Midlands.

Online, Edwards went on to discuss having sex with the fictional child, saying he would bring him Lego and wanted to have “nake time” with the youngster, reports Liverpool Echo.

When he was detained on August 19, the bemused pervert asked “how did you know it was me?”. Two Star Wars Lego sets, tealights, a sex toy, a bat, shoe laces, a box of Deep Heat and a toilet brush were found during a search of his car.

His mobile phone was seized and was found to have a browser which wipes the user’s internet history installed. Edwards also had a stash of 59 indecent images of children stored on the device.

A separate operation by West Midlands Police had seen a second undercover profile set up on the same site, posing as the father of a 12-year-old boy. Edwards began chatting with the officer on August 8, confessing that he wanted a “young boy to be his willing sex slave and torture boy”.

The twisted predator spoke about “whipping” his son and again discussed meeting up and having sex with the child. He has one previous set of convictions from 2016 for making and possessing indecent images of children.

On this occasion, Edwards was given a community order and a 10-year sexual harm prevention order. This banned him from deleting his internet history or installing software which allowed him to conceal his online activities.

But after the latest offences, Edwards was jailed for eight years and handed an extended four-year licence period at Liverpool Crown Court on Wednesday.

Sentencing, Recorder David Knifton KC said: “It is apparent that you are sexually attracted to children, particularly children between the ages of five and 13 years. These offences were part of a well-established pattern of sexual offending, behaviour against children which has now escalated to the stage of attempted contact with a child.

“You show little insight into what is regarded as significantly distorted thinking and behaviour and the appalling consequences which it could have led to. You pose a high risk of serious harm to children.

“It is clear that you were intent on meeting with other like-minded paedophiles with a view to committing the most serious sex offences, including rape against young children, with little or no regard to the consequences for any potential victims. You are clearly a dangerous offender.”