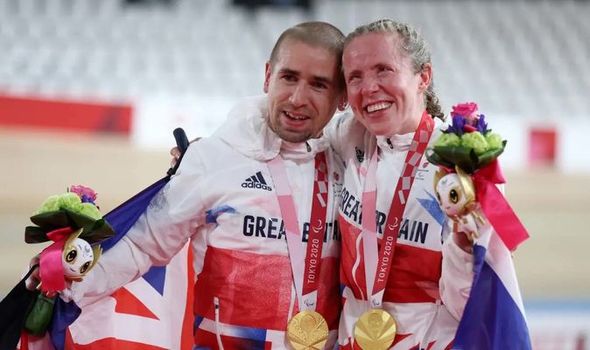 Neil said it was “beyond our dreams” as both won their track cycling races. Their medals were part of a glorious haul of seven golds, one silver and six bronzes which lifted the team to second in the medal table, behind China.

Neil and his pilot, Matt Rotherham, smashed their own world record in the B 1,000m time trial. This was Neil’s second Paralympic gold after winning the same event at London 2012.

Watch the Olympics in style

Get ready to watch Great Britain give it their all in the Tokyo Olympics by wearing some official Team Great Britain kit from Adidas.

StoryCast ’21: Inside the UK biker feud between the Hells Angels and Outlaws