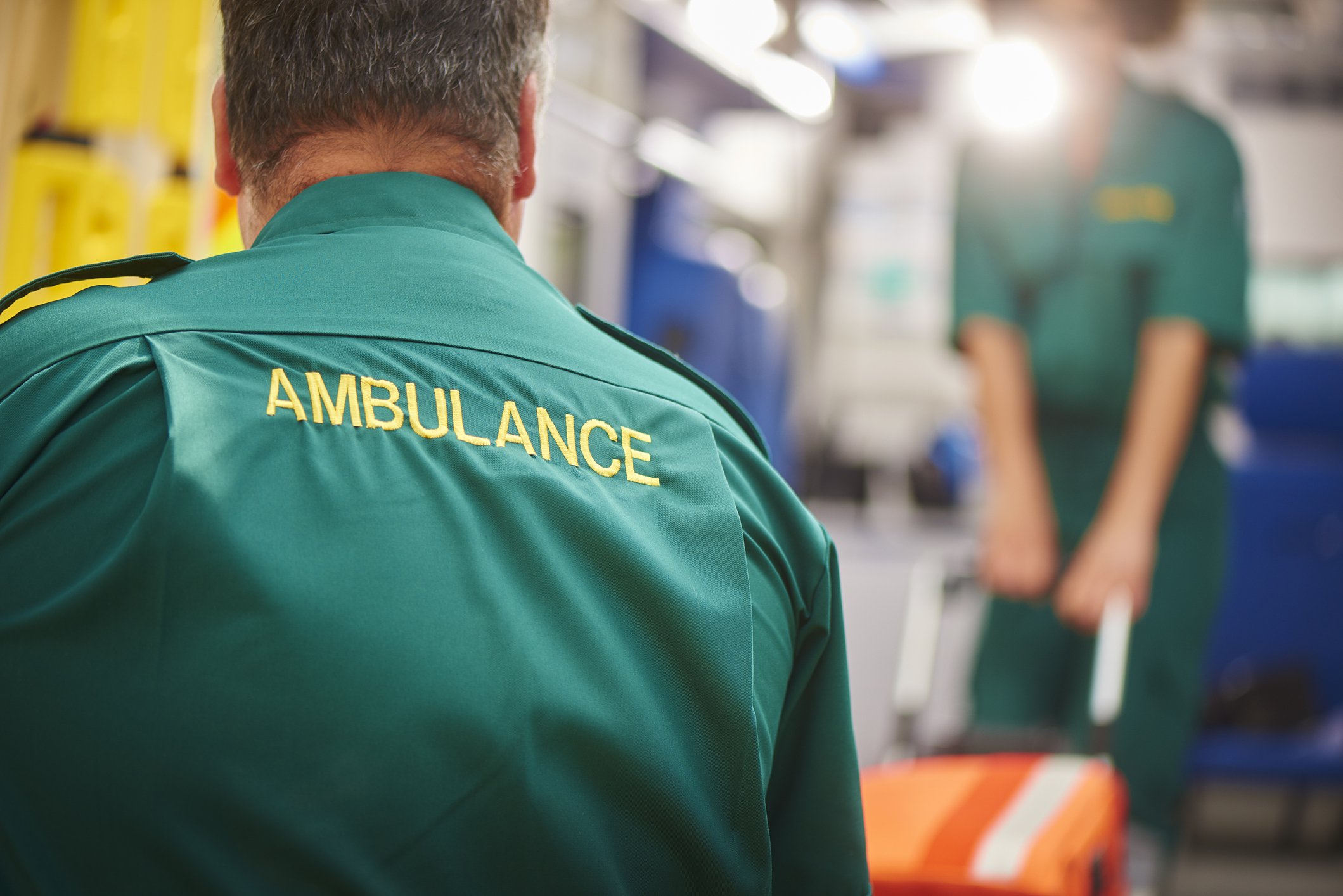 A fat-shaming paramedic who bullied a female colleague about her weight has been suspended.

Paul Winfield called his fellow ambulance worker a ‘f***ing fat porker’ and ‘humiliated’ her by handing her a pair of large men’s trousers.

During a two-week barrage of abuse, he asked her if she was on a diet and told her: ‘Look at the f***ing state of you. You need to lose weight.’

He reduced the woman to tears after making repeated jibes in front of East Midlands Ambulance Service colleagues, a disciplinary panel heard.

But Winfield, who had been a paramedic since 2002 until he was dismissed last month due to ill health, insisted his remarks were ‘banter’.

He claimed his demeaning insults were protected by his right to free speech and he was simply trying to be ‘helpful’.

A previous hearing in 2021 was told he was found to have made ‘inappropriate and offensive comments’ about the colleague’s weight and size, as well as the fit of her uniform trousers, over a period of two weeks.

In February 2019 he said she had a ‘fat arse’ and mocked her for having ‘jowls’ by saying she was ‘getting the family trait around the neck’.

The tribunal also heard he said she had ‘put on weight’ and was ‘starting to look like her grandmother’.

The following month, Mr Winfield said to his female colleague ‘Look at the fucking state of you. You need to lose weight’ and said she was a ‘fucking fat porker’.

It was around this time that he asked her if she was on a diet.

Later that month, he suggested to his colleague that she needed bigger trousers, then tried to give her a pair of large men’s trousers.

The original tribunal heard he said: “I’m not sure if it’s your trousers that are too small or if it’s your fat arse?”

He claimed his remarks were ‘banter’ and accused NHS bosses of a ‘conspiracy’ against him.

Mr Winfield also told the original tribunal his demeaning insults were protected by his right to free speech.

But this argument was dismissed as he showed ‘no insight into the restrictions on free speech which are required in order to protect other people from harm’.

It heard other ambulance service workers were left feeling ‘uncomfortable’ at seeing how upset the woman was.

The tribunal concluded: ‘[Mr Winfield’s] misconduct was serious, in that he had, in the course of his employment and over fourteen days, made offensive, inappropriate, and demeaning comments to a colleague (who was new to the station) about her weight, her family’s appearance, and the tight fit of her uniform trousers.’

However, the panel ruled at that point not to suspend Mr Winfield, stating: ‘Attitudinal difficulties giving rise to offensive and inappropriate behaviour and bullying of a colleague, as well as upsetting other colleagues, are difficult but not impossible to remedy.’

Instead, Mr Winfield was handed a 12-month conditions of practice order and told to attend courses on equality, diversity and professional boundaries.

But the second tribunal, held last week, heard that since then Mr Winfield has gone on long term sick leave and has been unable to work or fulfil this order.

In April 2022 his employment was terminated on grounds of ill-health, to take effect in June 2022.

The panel noted he had not provided a reflective piece to show insight into his actions.

He said he was ‘struggling’ with this because ‘he finds it really difficult to write in an authentic manner about something which he does not believe happened’.

As a result, the latest tribunal ruled that he should be suspended from the professional register for a year.