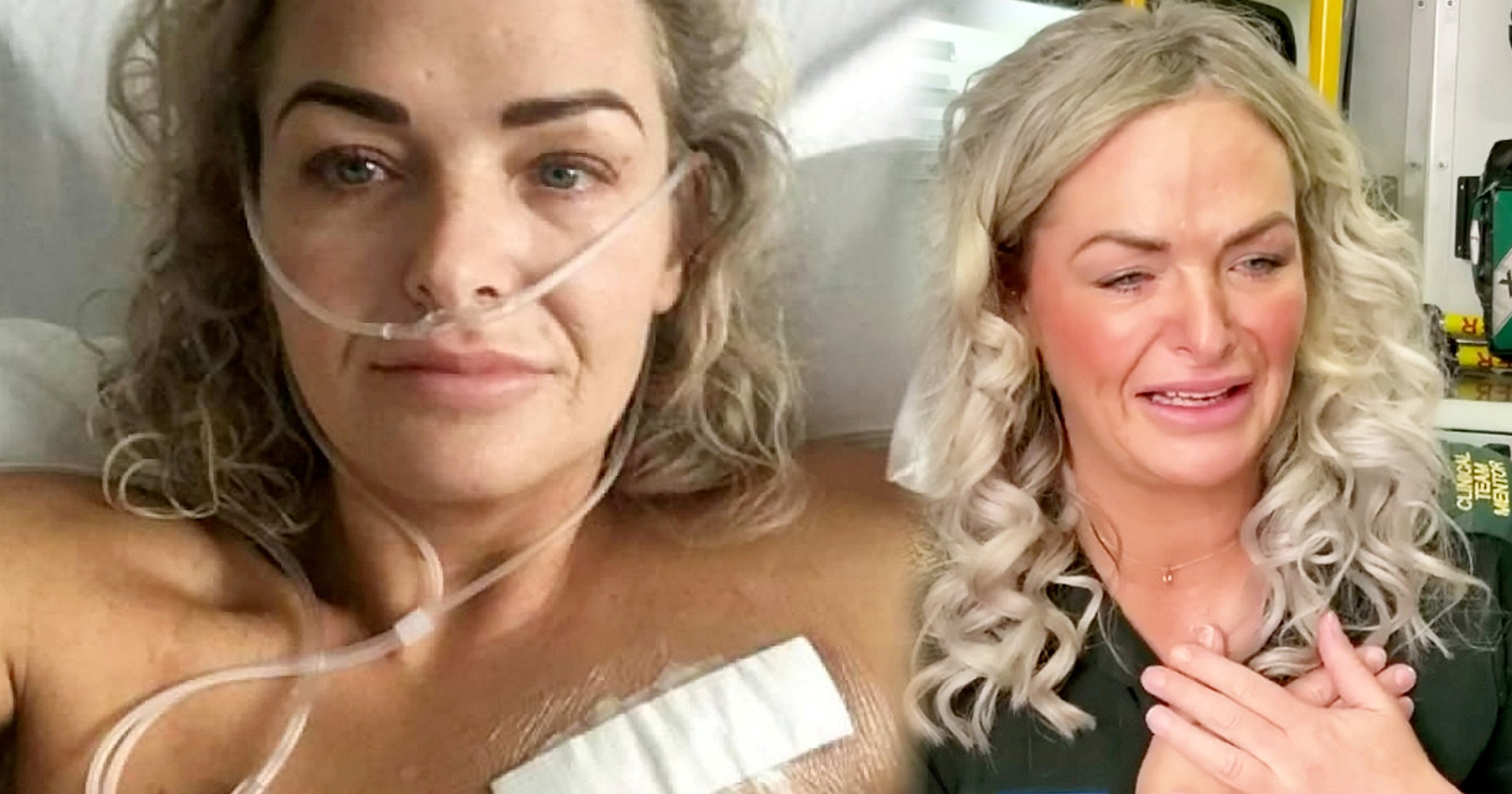 A paramedic who was stabbed in the chest on a 999 call-out said ‘I never once thought of leaving the job I love’.

Deena Evans, 40, nearly died after a patient lunged at her with two knives – plunging one into her front while slashing her with the other.

She was there to do a welfare check of Martyn Smith, 52, and they took his door off the hinges when he didn’t answer their calls.

But he then sprinted at her with an 8 inch kitchen knife in each hand in a terrifying attack.

The blade pierced her uniform and punctured her lung and she says she wouldn’t be alive if crewmate Michael Hipgrave, 51, hadn’t stepped in.

Throwing himself between Smith and Deena, he took the second blade blow to his back – a trajectory she said was headed straight for her heart. 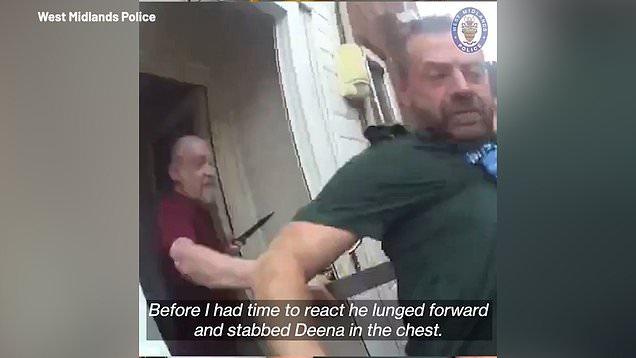 On Friday, Smith was jailed for nine years after admitting two counts of wounding with intent against the West Midlands Ambulance Service workers.

The medic, who starred in the TV show Inside the Ambulance, admitted she’s struggled with PTSD but never once thought of abandoning her colleagues on the front line.

Mum-of-three Deena, from Wolverhampton, said: ‘I looked down my t-shirt and saw a massive hole in my chest and the blood was just pumping out.

‘It’s scary to lie on the grass and know that you’re effectively dying. Before the ambulance arrived, I was bleeding out – I thought this is it, I’m done.

‘If you line me and Michael up facing each other, his stab injury lines up directly with my heart. If he hadn’t stepped in front of me, that second stab wound would have gone into my heart and killed me.

‘The PTSD can be crippling some days.

‘It has been hard coming back to work and there are days where I think I can’t do this, but I’ve never once thought about leaving. Why should I let him win?

Ms Evans described how, as they stepped into the house, Smith ‘ran out from around the kitchen door with an 18-inch knife in each hand and just ran at me, and I went backwards’.

‘I have flashbacks to what happened. He is there whether I open or close my eyes, I see his face.’

Deena and Michael attended Smith’s home with two police officers after receiving a concerned call from his mother, on July 6 last year.

Clinical team mentor Deena said: ‘You don’t feel being stabbed at all. I thought he pushed me as I felt myself be shoved but I didn’t feel a knife going into me.’

Senior paramedic Michael was slashed to the back, before they ran into the garden and he threw a wheelie bin at their attacker.

Police tasered Smith while Deena and Michael desperately called for help on their radios, before three helicopters arrived.

Deena said: ‘I remember lying on the ground screaming down the radio but we worried we hadn’t been heard so we open channelled it to everyone in the Black Country saying “please, please, help him, I’m dying”.

‘You’re taught in the job to save the wellest person first and they can help the sick person so I think that was going through both of our heads – save the other one first.

‘I thought it was pointless two of us dying. I remember Michael saying I’m not leaving and then I was drifting in and out of consciousness.

‘I thought of my kids – what will happen to them, where will they go, who is going to tell them? I thought of all the mum stuff I do and wondered who would do that bit for them?’

She had a punctured lung and a massive blood clot in her chest, and was unable to use her left arm for three months due to severed nerves.

Following the attack, Midlands Ambulance Service are now set to trial stab vests for their paramedics next month.

Deena added: ‘Something good has come out of it, at least.’

Smith previously denied two counts of wounding with intent but changed his pleas to guilty at Wolverhampton Crown Court in April.

On Friday at Wolverhampton Crown Court he was sentenced to nine years in jail to be served concurrently and he will also serve five years on licence.

At sentencing, Glen Cook, mitigating, said: ‘I’m instructed to convey a sincere apology to the victims, their families and the wider paramedics community; this is a subject of sincere remorse.

‘When he was told about the gravity of the incident he violently shook.