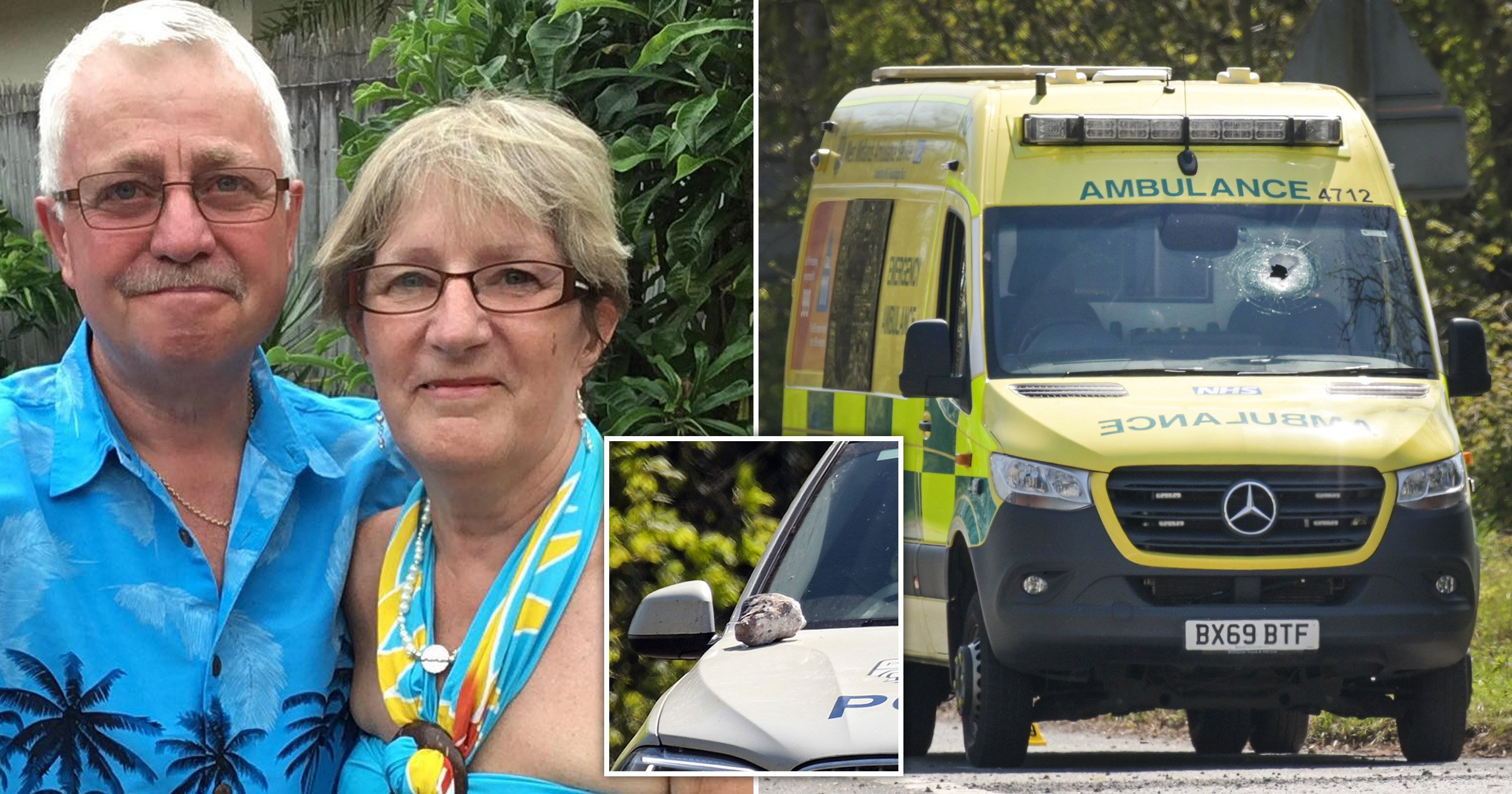 The wife of a paramedic who died after a stone smashed through his windscreen during a 999 callout has seen her ‘world fall apart’, their heartbroken daughter has said.

Jeremy Daw, 66, had only come out of retirement in January this year to help patients during the pandemic. He was just eight shifts away from giving up work for good when the freak accident occurred on the A49 in Herefordshire on Saturday.

Mr Daw, known to friends as Jack and described as ‘one of life’s good guys’, died at the scene while his paramedic crewmate – who was driving the vehicle – was also injured.

His daughter Kate, 42, said ‘life will never be the same without him’, adding that her mum Dawn’s ‘world has just fallen apart’.

Paying touching tribute to her father, she told Sun Online: ‘When my son had to do a school project on a superhero he did it on my dad.’

She said the ambulance technician ‘enjoyed helping people’ and ‘died doing the job he adored’.

Mr Daw’s son Richard added: ‘We can’t believe he’s gone. It was a freak accident; the stone from a wheel of a lorry penetrated the windscreen and hit my dad.

‘What chance is that? There is more chance of winning the lottery.’

West Midlands Ambulance Service emergency operations delivery director Nathan Hudson said Mr Daw’s death was the result of a ‘tragic accident’ and was not believed to be ‘malicious’.

He said the ambulance was responding to a 999 ‘category two’ call shortly before 8am when it was struck by an object near the junction of Moreton Road and the A49, north of Hereford.

Mr Hudson described Mr Daw, who had 29 years’ experience with the ambulance service and was from Hereford, as a ‘remarkable character’.

He added: ‘He was one of life’s good guys and he will be sorely missed in and around Hereford. Everybody knew him and he was just a genuinely nice person.

‘If you speak to the staff at Hereford, what they remember is that he used to go out and clean the vehicles every morning, he would wipe the windscreens down.

‘He used to do that as a matter of course. He took great pride in his work.’

Mr Hudson said Mr Daw was eight shifts away from retirement full-time, having returned ‘to support the trust during the pandemic’ at the start of 2021.

West Mercia Police said the ambulance was travelling towards Leominster at the time of the incident.

The driver of the ambulance, who had worked with Mr Daw previously, was taken to hospital for treatment but has since been discharged.

Inspector Chris Watson said: ‘We are still thoroughly investigating this incident and although at an early stage, we are satisfied that this was not a deliberate act despite some speculation on social media.

‘We are continuing to support the victim’s family at this challenging time and would ask that they are given time to grieve and respect their privacy.’

West Mercia Police are asking anyone who may have seen the incident or have dashcam footage to contact them on 101 quoting incident 00101i of 24 April.

Police feared they would die after thug doused them in petrol