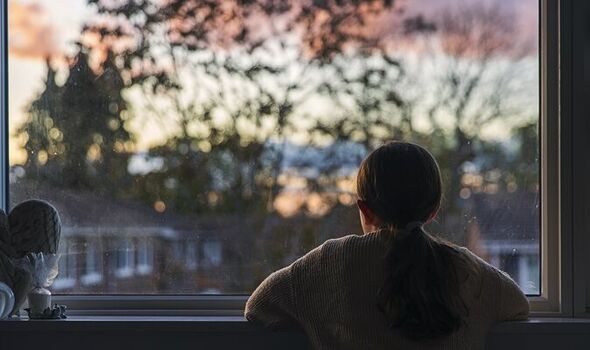 Record levels of referrals for specialist help and lengthening waiting times are creating a toxic mental health landscape and 50 percent of parents believe their child’s mental health is worse than pre-pandemic. Restricted access to friends and education during lockdowns were the major reasons parents thought their children’s mental health had deteriorated, with 85 percent now worried about the long-term impact of the pandemic on their children.

The findings come from a survey of 4,000 parents and grandparents about growing fears that a generation is being blighted by lack of specialist support.

Almost 80 percent of grandparents feel their grandchildren face more pressures than they did growing up and 62 percent believe young people are lonelier and face more difficulty getting employment than previous generations.

Only 15 percent of parents believe that the Government is doing enough to support young people’s mental health, according to the research compiled by the mental health charity Mind.

The Sunday Express is campaigning for early intervention hubs so youngsters can get support before their issues take a deeper toll on their mental health.

Mind is also calling for a network of hubs with walk-in support that provides critical, early help that relieves some of the pressure on Children and Adolescent Mental Health Services (CAMHS), which have waiting times stretching to more than a year in some areas.

Paul Farmer, CEO at Mind, said: “The mental health needs of young people are increasing rapidly yet they are still left facing an agonising wait in a system that cannot keep up with demand, and the Government’s response so far has just not been good enough.

“The scale of unmet need for relevant and appropriate mental health support for young people is huge and growing. By not acting now the Government risks failing a whole generation.”

The Sunday Express and a range of charities believe that a network of community hubs will provide 11 to 25-year-olds somewhere to go when they first start to struggle.

An overwhelming 88 percent of parents believe hubs should be established and 76 percent want the Government to fund them.

Natalie Bailey, chairwoman of the British Association for Counselling and Psychotherapy, said: “It’s distressing that parents and grandparents are not only seeing the devastating impact the pandemic has had on their children’s mental health but that it’s having an effect on their own wellbeing too.”

We were fortunate to get help early on

Simone, 44, from London, was told by her local CAMHS that they could not provide help for her son Peter*, 12.

He suffered panic attacks as a result of witnessing domestic abuse against his mother. After being advised to try the NSPCC, which had a 12-month-plus waiting list, she was directed to coach Luke Doherty.

Simone said: “We have been fortunate but could easily have been left waiting for support while things deteriorated. Fortunately, the Carers’ Association signposted us to Luke and he started Zoom sessions during lockdown.

“Luke is such a positive role model and has had a great impact. It shows what can be done with early intervention. We need to support organisations like his and recognise the widespread harm families suffer if they don’t get early help.”