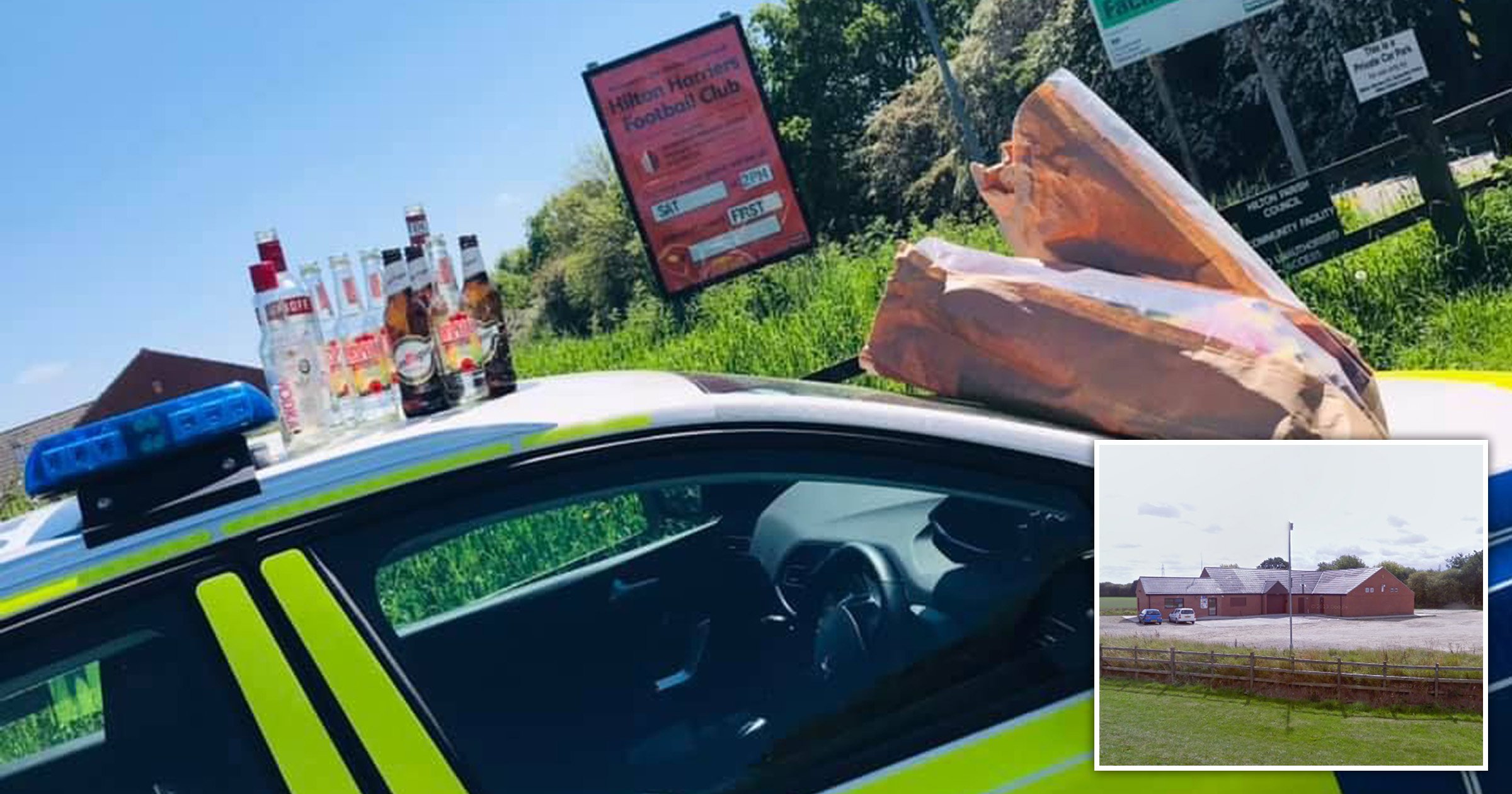 Parents of youngsters who left a trail of empty beer bottles, litter and vomit after holding an open-air party have been forced to clean it up by police.

Officers came up with a creative solution after discovering a ‘wanton trail of destruction’ left at the grounds of Hilton Harriers Football Club, Derbyshire.

Police said the group of ‘testosterone-fuelled youths’ had gathered there without without permission and left rubbish scattered across the fields.

They said some of the children responsible were dropped off at the venue by their mums and dads, who have been hand-delivered rubbish bags to sort out the mess.

The Mercia Police Safer Neighbourhood (SNT) Team, which is an arm of Derbyshire Police, wrote on Facebook: ‘To the gang of testosterone-fuelled youths who turned a local football club into an impromptu unofficial open-air party, leaving a trail of wanton destruction, litter and vomit behind – what were you thinking?

‘Without any consideration for the volunteers who manage the grounds, it was very disappointing when officers attended the location, to see that the facilities had been covered and strewn with alcohol bottles, beer cans and other after-dark materials.

‘Telephone calls were made to the same parents to see if they knew what the outcome of the unauthorised party was.

‘Rubbish bags were handed out by officers to parents and children to clear up the detritus.’

Police warned that the youths who fled the incident ‘can expect visits from officers in the coming days’.

They called out the youngsters on a scathing post about a rise in anti-social behaviour over the bank holiday weekend.

The SNT said it had been called to a number of incidents ‘whereby individuals and groups have elected to literally and metaphorically excrete on their own local community’.

They gave a number of examples, including ‘the heavily-tattooed woman who travelled to a well-known antisocial behaviour hotspot to urinate in the street’.

The post said officers approached a female who was ‘squatted next to a parked vehicle’.

They said: ‘The woman then proceeded to pull up her undergarments. When approached by officers and asked what she was doing she offered a bizarre excuse – “I was bending down to tie my shoelaces.”

‘When it was pointed out that she was in fact wearing flip flops her story melted away like the steaming urine deposit she was stood over. Words of advice given, as well as reminding her that local people do not appreciate their community being used as a public toilet.’