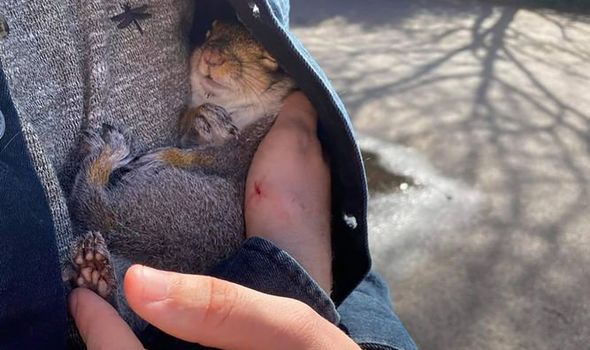 The kids battered the animal in front of their own parents, one shocked witness said. The witness rushed to try to help the squirrel and gathered it up in a blanket for further care.

But vets at Vale Wildlife Hospital in Beckford, Gloucestershire, were unable to save the creature and had to put it to sleep.

Brett Davies, 26, saw the young thugs terrorising the squirrel when he was enjoying a stroll with his baby son, reports Gloucestershire Live.

The dad said: “I saw a bunch of kids who must’ve only been about 10-years-old all stood over something off the trail on the grass. I was just walking past being the usual nosey pedestrian.

“I looked over and I could see a squirrel twitching on the floor, and they were not being nice at all. Some of the kids were getting quite aggressive – kicking it, rolling it over with their foot and poking it with big sticks.

“All the parents were stood around watching, not really saying or doing anything as if it wasn’t happening.” 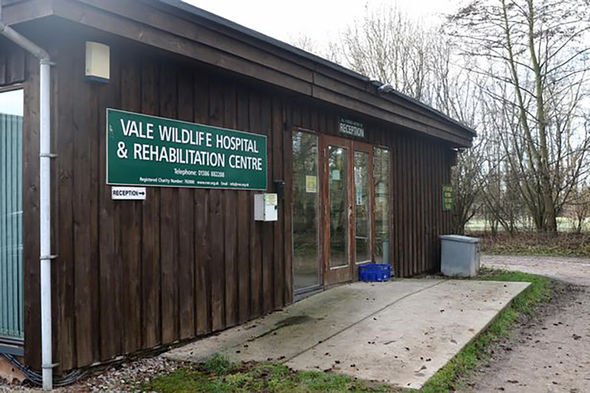 Some of the kids were getting quite aggressive – kicking it, rolling it over with their foot and poking it with big sticks

He added: “That’s what made me go and step in, as you could see the squirrel was breathing very fast.

“I walked through with the pram, put the pram next to it and as soon as I knelt down the kids ran off and the parents just walked away.”

Brett and his wife Bryonnie rushed the squirrel to the vets, where staff condemned the youths’ behaviour.

Martin Brookes, assistant manager of Vale Wildlife hospital, said: “That (particular case) was some kids deliberately picking on a squirrel.

“It’s not something we see very often.

“It makes you wonder what sort of society we’re living in if kids are doing that sort of thing at an early age.”

Brett didn’t realise that, despite his humane actions, recent legislation meant the squirrel had to be euthanised.

Due to a law change in December 2019, it is now illegal to rescue and release ‘invasive species’ such as grey squirrels or Muntjac deer.

Centres found to rehabilitate ‘non-native’ animals can face heavy fines of up to £250,000 and the hospital itself could lose it licence.

Martin said: “The problem with squirrels is we’re not allowed to treat them now and any squirrel that comes into us has to be put to sleep.

“Trying to explain that to a member of the public that wants to help this poor animal with the best intentions in the world that we just can’t do anything, puts us in a very awkward situation.”

Brett was saddened by the news that the squirrel had to be put down because of the injuries it sustained and the new law.

He said: “(I was told) If the kids hadn’t had traumatised it as much as they had, it probably would’ve survived on its own.

“That’s what upsets me the most is that I’m the one who had to take it there to die.”

Grey squirrels, originally from North America, were introduced to the UK in the 19th Century.

It is estimated there are now more than 2.7 million grey squirrels in the UK.

Although they are immune the effects of the virus, they transmit it to native red squirrels and are therefore blamed for the decline of the European species.