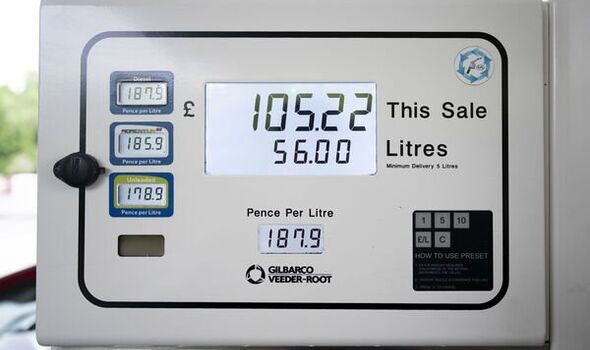 The Prime Minister’s official spokesman said: “We are continuing to look at all possible options. Transparency may have an important role to play.”

The cut in duty was announced by Chancellor Rishi Sunak in March.

On Tuesday, the price of petrol was the biggest daily jump in 17 years with a rise of more than 2p a litre.

Asda has put 5p on the price of a litre.

Simon Williams, RAC fuel spokesman, said yesterday: “A full tank of unleaded has now shot up to £99.40, moving us ever closer to the milestone £100 petrol fill-up – an unfortunate landmark we may reach within 24 hours.”

A further rise of just 1.2p will take the average cost of a full tank for a 55-litre family car to more than £100.

Some forecourts already sell petrol above £2.

The Prime Minister’s spokesman said that the Competition and Markets Authority (CMA) has the power to launch an investigation into whether the duty cut has been passed on.

He said: “We are not confident that is happening across the board,” adding that if the CMA launched a formal investigation, “obviously we would wholeheartedly support them”.

The Petrol Retailers Association declined to respond to the remarks.