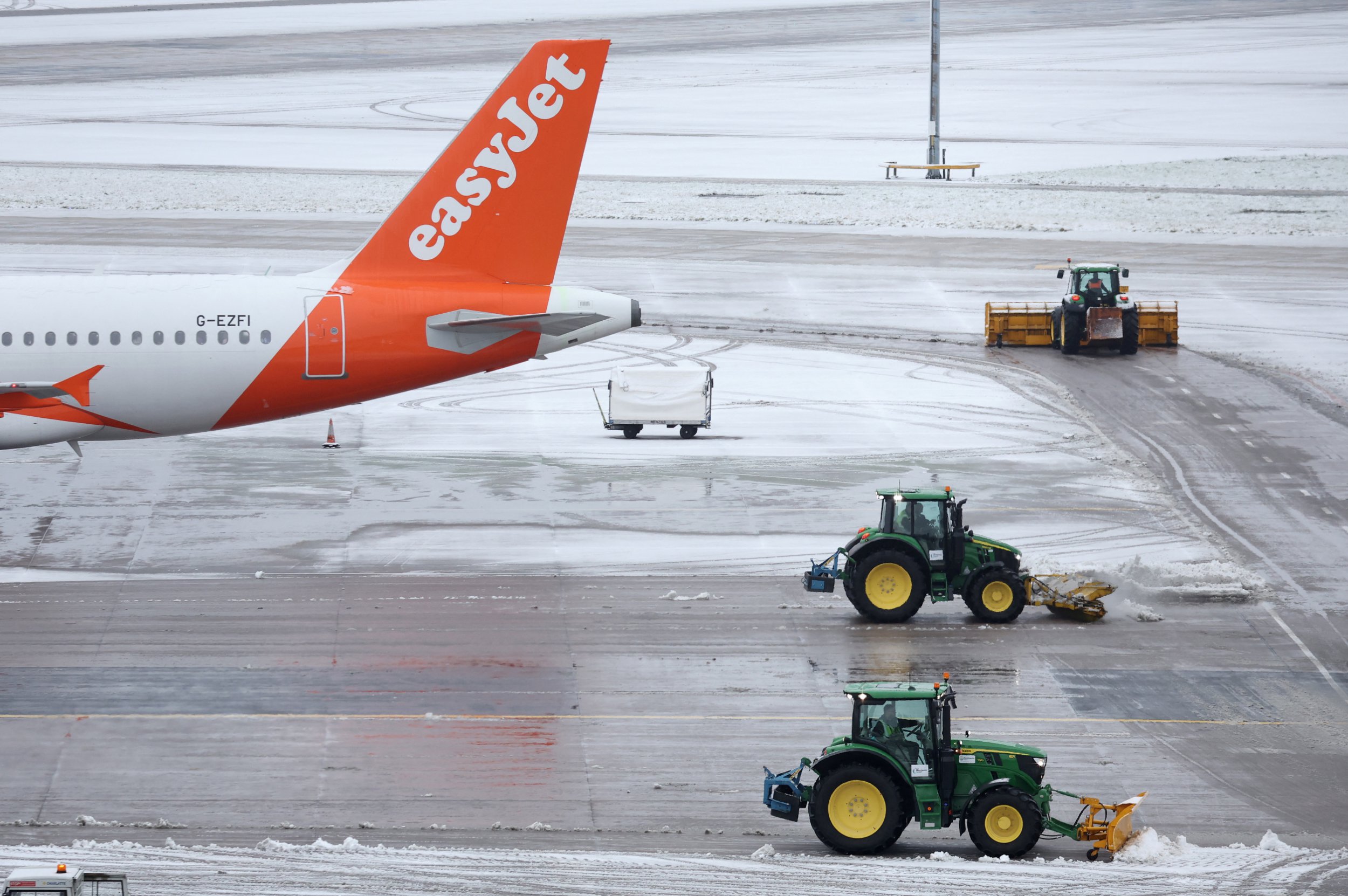 Manchester Airport, one of the busiest airports in Britain, was forced to close both runways today due to ‘heavy snowfall’.

This meant dozens of flights will be delayed or diverted altogether as snow blankets Britain.

The wintery conditions all but froze the airport, with eight outbound flights cancelled and four inbound cancellations.

At least 17 flights have been diverted, including one from Singapore that landed in Hearthrow, according to toFlight Radar24.

An airport spokesperson told Metro.co.uk: ‘Due to heavy snowfall, we have temporarily closed both runways.

‘Health and safety will always be our top priority and operations will resume at the earliest opportunity.’

The airport added that as of 11:30am, the runways have since been thawed out and are re-opened.

Passengers have been advised to contact their airline for the most up-to-date flight information, with dozens of flights impacted.

Traffic alert service Inrix said: ‘Flights suspended at Manchester Airport so the runway can be cleared of snow and slush.

Footage and photos posted on Twitter show a sheet of snow shrouding the tarmac, with the fire brigade called in to clear pathways.

One passenger said they had been ‘stuck on the plane for three hours now’.

The user said they were ‘told 11:30am at the earliest for any departure’ while posting a video looking out of the frosted aeroplane window seat.

He said: ‘Got told if we want to leave we can, but won’t get a refund and that the returning flights from MCR won’t be flying so if it was a day trip (it was due to leave at 8:10am) then best not go.’

Kealey said that EasyJet airport staff told him his flight to Manchester wouldn’t leave the ground 12pm ‘at best’ with a 1pm arrival time.

It comes after the Met Office issued a yellow warning as snow falls across northwest and southwest England as well as Wales.

The weather service said: ‘In a few areas, difficult travel conditions may occur quite quickly due to heavy sleet, snow or hail showers making surfaces slippery or even snow-covered.’

What energy crisis? Boris jets off on second holiday in two weeks