Home » Europe » Pensioner, 85, dies weeks after her home was raided by bogus postman 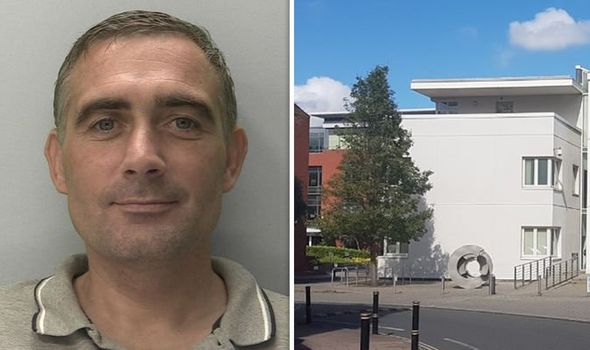 Michael Marsh, 42, targeted OAPs on their own in sheltered accommodation and used a variety of ruses to get into their apartments. One victim, an 85-year-old widow, died within weeks of the burglary at her home.

Marsh was sentenced to 10 years in prison yesterday after admitting three burglaries and two frauds.

Sentencing at Exeter Crown Court, Judge William Mousley QC said: “You pretended to be a postman and wore a hat to add to the deception. You left saying you were going to come back with a parcel, but never did so.

“Each of these offences comes into the category of greater harm and higher culpability and the sentence must be increased because of your previous conviction, including burglaries in 2002, 2006, 2009 and 2015.”

Marsh and a female accomplice were seen going door to door in a corridor in one block of flats, knocking on them until they found a victim, reports Plymouth Live.

The victims were aged 85, 88 and 90 and all were left so shaken that they could not sleep.

Marsh has previously served an eight-year sentence for identical raids on seven pensioners in the same area.

He had stayed out of trouble for three years while working as a road mender, but returned to crime after losing his job, splitting up with his family and returning to heroin use.

He went to the home of an 88-year-old dementia sufferer in a retirement complex in Newton Abbot, Devon, on July 7 this year and tricked his way in by saying his female friend needed to use the toilet.

Marsh used the opportunity to steal his wallet, mobile phone and his late wife’s wedding and engagement rings.

The police were called two days later when his family became worried that they could not contact him.

A bank card was used in shops later that day and the victim’s son said his father has been left nervous, anxious and even more confused than before.

Marsh and the woman struck again at the retirement flat of an 85-year-old widow in Newton Abbot, where they were seen on CCTV knocking on doors until they found a suitable victim.

They stole her handbag containing £250 cash and a bank card which was used twice within hours.

The victim told police she could not sleep and was so worried she would not even open her windows. She died 15 days after the burglary, Peter Coombe, prosecuting, said.

The final victim lived in sheltered accommodation in Teignmouth, Devon, where Marsh tricked his way in by pretending to be a postman and wearing a postman’s cap.

He asked the 90-year-old widow, who uses a Zimmer frame and has a heart condition, to sign a form so he could deliver a parcel and stole her purse containing £150 when she went to find a pen.

The fake postman’s cap was found when he was traced from CCTV images and arrested in Plymouth in August.

Hollie Gilbery, defending, said Marsh had got off drugs during his previous eight-year sentence and done well after his release, getting a job with a road mending crew.

He relapsed into heroin addiction after losing his job, splitting up with his partner, and returning to Plymouth.

He is remorseful and realises the damage he has done, she said.

Tea parties and dancing: Harry and Meghan’s tour to Africa in pictures