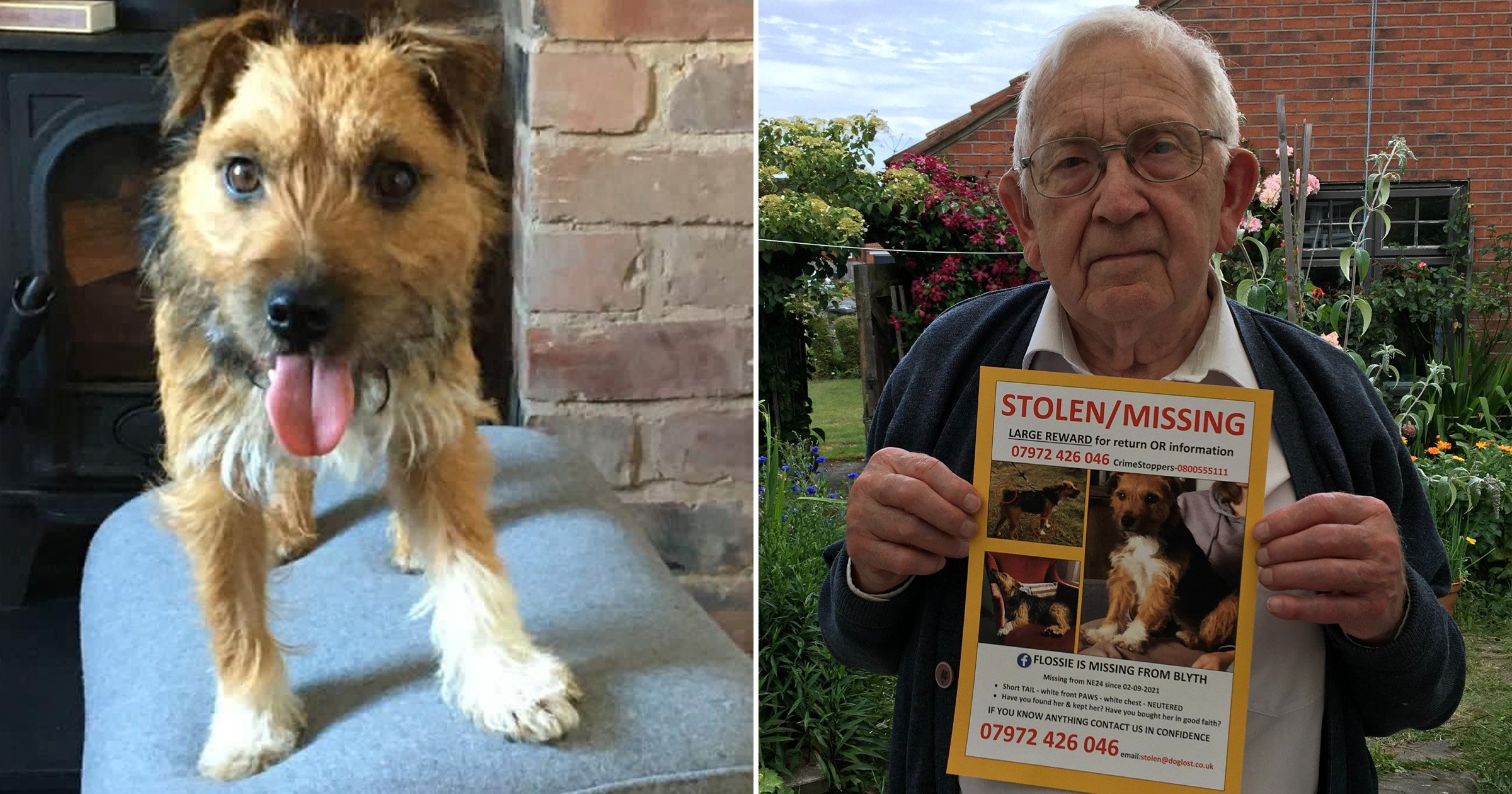 A 91-year-old pensioner is offering a £15,000 reward for finding his family’s dog that has been missing for nearly a year.

Little Flossie vanished near the dunes at the Ranch Car Park in Northumberland, during a walk with her owners Gill, who is Jim’s daughter, and her husband Nick Keeley.

Ten months on, the family is still holding out hope that a miracle will happen and they will be reunited.

‘The loss of Flossie has broken my dad’s heart and he’s always asking if she’s back yet,’ Gill said.

This is my Dad. He’s 91. He asks me if there is any news about our Flossie & tells me he always looks for her when he’s out.He asked what else he could do to help, so I told him I would share his picture & maybe, it will touch the heart of the person who has Flossie #FindFlossie pic.twitter.com/Nhhum8ujTY

‘He used to come round with treats for her and he’s absolutely devastated not knowing where she’s gone.

‘My dad’s always has dogs and feels part of his life has been taken away when Flossie went missing.’

The pensioner lives on his own and used to cherish seeing Flossie. Every time he sees Gill, he asks if the dog has been found.

A photo of Jim holding the missing poster has melted the hearts of people across the country.

After handing out some 1,000 stickers, posters and flyers, their appeal is now reaching a larger audience.

Gill and Nick have taken a number of steps to help search for Flossie in the days since she went missing.

The devastated couple have explored rabbit warrens with endoscopes in case she was stuck underground, conducting searches of the sand dunes area, lighting BBQs and keeping night vigils at the dunes to draw her out if she was in hiding.

The dog has distinctive white front paws among other characteristics.