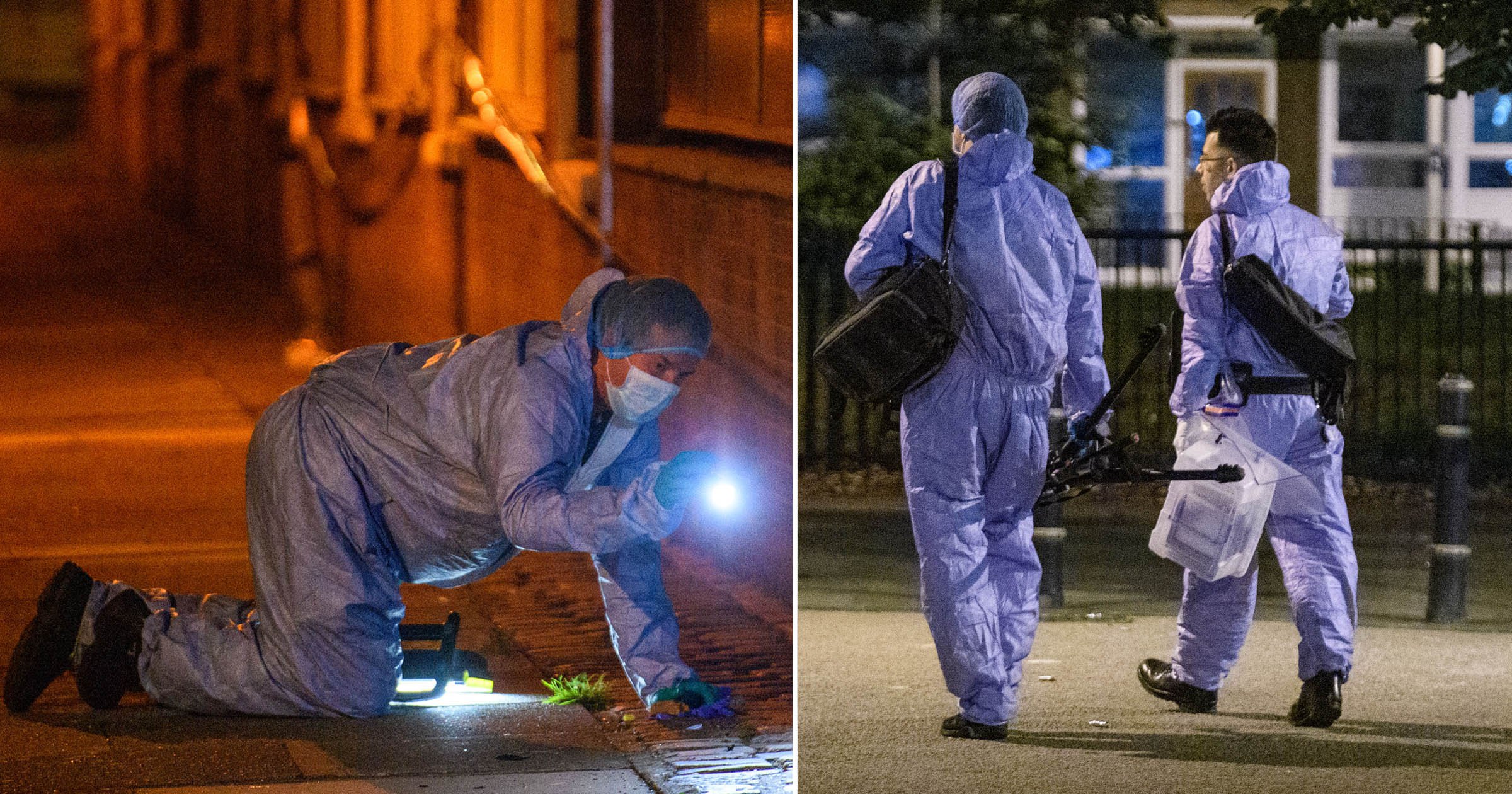 A woman in her seventies is thought to have been shot when she went to ask for music at a barbecue to be turned down.

Up to five attackers are said to have ‘indiscriminately’ fired a gun into a large crowd outside in north London, and the pensioner was caught in the crossfire.

They told The Sun: ‘I think she was just there when it all happened, she would have come down from her flat, but she’s not young, we’re just worried about her, we’ve not heard anything since last night.’

Police appealed for witnesses to the attack, saying up to five males fired on the party just before 10.10pm on Saturday.

No-one is thought to have suffered life-threatening injuries.

The Metropolitan Police said up to five unknown attackers had arrived at the BBQ in Clarence Gardens, near Regent’s Park, and ‘indiscriminately discharged a firearm injuring four people’.

Police including firearms officers and paramedics attended the scene.

Detective Superintendent Val John-Baptiste said: ‘I need to hear from anyone who witnessed the incident or saw anything suspicious in and around Clarence Gardens, NW1.

‘We thoroughly investigate every shooting in London, every incident and every weapon on our streets is of great concern to us.

‘We know that Londoners feel exactly the same, and that’s why it is vital that anyone with information shares with us what they know, either directly with police or anonymously via Crimestoppers.’

No arrests have been made at this stage, the force said.

‘larence Gardens and the wider Regents Park Estate is at the heart of our Borough – a diverse and tightknit community of families and young people, people who have made their home there for decades, community leaders and civic activists.

‘I know many residents may have concerns about their safety after the events of last night and I, Cllr Shah and the Council will do all we can, working with the Police, to provide comfort and assurance in the days and weeks ahead.’

‘Ready to stand up to China?’ Defence chief grilled over China’s threat of world dominance