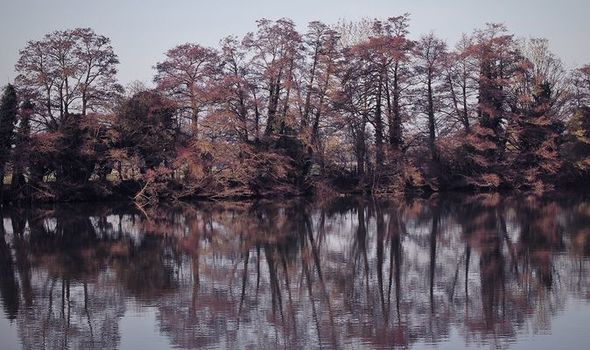 Donald Robertson told a judge that he could not attend yesterday’s hearing via video link because he was in isolation due to an outbreak of Covid cases in the prison where he was being held in custody. District Judge Arvind Sharma, sitting at High Wycombe magistrates court, heard that the 66-year-old is accused of the murder, false imprisonment and indecent assault of 26-year-old Shani in April 1987.

Robertson is also charged with the false imprisonment and rape of a 16-year-old girl from Slough, Berkshire, in July 1981. She cannot be named for legal reasons. He is alleged to have murdered Shani after she disappeared from her home in Stoke Poges, Bucks, moments after she had mown the lawn at the house her millionaire parents had bought her.

She had set off in her car to put the grass cuttings on the compost heap at their home in Gerrards Cross but did not return to her house, which she shared with two flatmates. Her body was found in a lake in Taplow, Bucks, by a woman walking her dog.

The German Shepherd noticed something in the water and its owner Marjorie Arnold stumbled across Shani’s bound and gagged body face down. A lorry driver had earlier seen her car in a lay-by on the nearby A4, where he had planned to park for the night. The vehicle was unlocked, with one door slightly open.

Some of Shani’s belongings were found in nearby undergrowth, according to a reconstruction on BBC TV’s Crimewatch. No one was arrested for her murder and a coroner recorded an open verdict on her death.

For the first three days after Shani’s body was found police treated her death as suicide. The case became a murder investigation after a postmortem examination. Shani’s relatives have revealed that both her parents died during the pandemic, without knowing who killed their daughter.

Her aunt Mavis Caney, of Reading, Berks, said: “My sister and her husband are now dead, they died only this year.” She added: “I think for her two sons when you keep getting things re-surfacing it’s very difficult.

“There were a lot of issues at the time about how the police handled the case which was very unsatisfactory and they did apologise. Initially, Shani wasn’t classified as being murdered, the discredited specialist who said she could have tied the rope knots herself… all of those issues are being brought back up again now with the arrest.”

Robertson, formerly of Slough, was remanded in custody. He will next appear at Reading Crown Court on Monday. His defence lawyer did not make an application for bail yesterday.

Northern Ireland will not be ready for Jan 1 post-Brexit trade checks: Watchdog